Walsh made two key announcements on regulatory initiatives and emphasized his agency’s ability to strengthen the workforce if Congress gives it a significant rise in job-training funds. The nearly five-hour affair before the House Education and Labor Committee yielded Walsh’s most comprehensive public comments since joining the Cabinet in March, and some of the strongest pushback he’s received from across the aisle.

At the outset of the hearing, he said the department will release Thursday a workplace safety regulation to protect health-care workers from Covid-19—a decision criticized by the panel’s Democratic chair for not going far enough, and by the top GOP member for being too aggressive.

Walsh then previewed a measure under consideration that could give more workers access to time-and-a-half overtime pay.

The department is reviewing whether to update the salary threshold below which workers are eligible for overtime pay, Walsh said. The current annual overtime eligibility salary cutoff, of about $36,000, is “definitely” too low, he told the panel.

“Do you have any plans to revisit this issue and re-regulate in this area?” Rep. (D-Calif.) asked Walsh.

”We’re currently right now doing that, reviewing that regulation,” he responded. “Literally, as we speak, we have people at the Department of Labor working on that.”

The administration has yet to declare a firm commitment to revive an Obama-era initiative that aimed to significantly lift the overtime salary level. President indicated he would make it a priority in his campaign platform.

Walsh said his agency will consider revising the existing rule to provide automatic increases to the salary level. The threshold was frozen by the current regulation, issued during the Trump administration. Marty Walsh, flanked by other members of President Joe Biden’s “Jobs Cabinet,” speaks outside the White House on May 7.
Photographer: Alex Wong/Getty Images

Takano and other Democrats have been encouraging the DOL to aggressively lift the pay threshold so millions more workers can gain access to overtime when exceeding 40 hours in a workweek.

Under former President , the department issued a rule to boost the cutoff to $47,500 per year with regular updates every three years thereafter, which would’ve made some 4 million workers newly eligible for overtime. That measure was struck down in court in 2016 and never took effect.

Walsh provided no other details on what might be in store. He didn’t reveal a timeline for the review.

Republican members repeatedly criticized Walsh about the administration’s support for the $300 weekly unemployment insurance supplement, which they argued is preventing workers from returning to work. The labor secretary said he’s optimistic that financial aid won’t be necessary for much longer.

“One thing I think we have to remain cognizant of, we are still in, or coming out of, a global pandemic the likes of which we haven’t seen in America in 100 years,” Walsh said.

“In saying that, the unemployment extension benefit expires in September. And when you look at President Biden’s recovery plan...in the last four months over 2.1 million jobs have been added to our economy,” he added. “As we see the connection between the CDC reducing some of the restrictions on masks, as we see states and cities reduce and cut back on some of their restrictions on Covid, we’re seeing more and more people enter into the workforce.”

Walsh took exception to the notion that the extra unemployment benefits are disincentivizing workers from re-entering the workforce, blaming child-care difficulties and those who haven’t or won’t receive a Covid-19 vaccine for making workers hesitant to return to jobsites.

He pitched the president’s multi-trillion-dollar jobs and families plans as necessary to further improve the labor market. He pointed to provisions in the jobs plan that would enable 2 million more registered apprenticeships.

The secretary was unable to provide a substantive response on multiple occasions when quizzed about particular DOL rules or actions, something that caught the attention of the committee’s top Republican.

“We have noticed that you’d have to get back to us on a lot of issues and we do look forward to that,” ranking member (R-N.C.) said.

“This is my 78th day on the job, so I’m still learning as we move forward,” Walsh said. 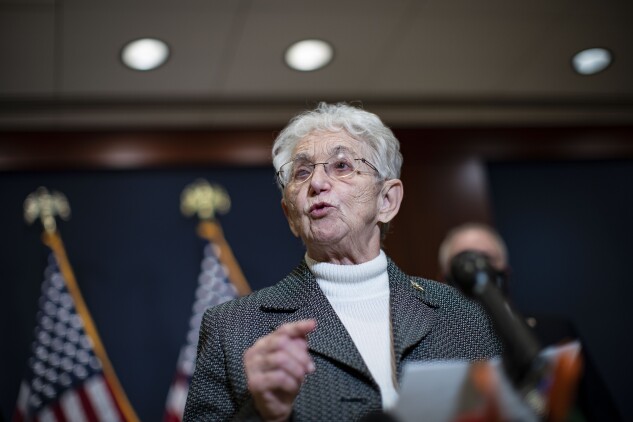 For instance, when Rep. (R-N.Y.) asked why the department ended a Trump DOL pilot program that permitted businesses to self-report wage violations, Walsh said he wasn’t familiar with the program, which was discontinued before he was confirmed to the job.

The testiest exchange occurred over a matter unrelated to Walsh’s DOL jurisdiction. Freshman Rep. (R-Va.) pressed Walsh on his decision in January, when he was Boston mayor, to appoint a police commissioner, Dennis White, who’d been accused decades earlier of domestic violence.

Walsh has said previously that he was unaware of the allegations until they were reported in a newspaper, but the retired police commissioner White was promoted to replace signed an affidavit saying Walsh was briefed on White’s Boston Police Department internal affairs record before Walsh approved White for a 2014 promotion to a command post.

The controversy had previously not generated much of a reaction on Capitol Hill.

“Given the fact that you seem to ignore the critical information and appointed a person with a documented violent history to the highest rank of the police department in Boston, do you feel like you should resign?” Good asked.

“I didn’t ignore anything,” Walsh replied. “I wasn’t aware of the situation until after—until, quite honestly, after I appointed him and it was pointed out to me in the newspaper.”

Good then asked how Walsh would respond if a member of his DOL staff had a history of domestic abuse.

Walsh said he’d take “immediate action,” just like he did with the commissioner he had hired.

“As soon as I found out I immediately placed him on paid leave and hired an outside investigator,” Walsh added. “That led to his dismissal by the current acting mayor.”