Oklahoma’s state legislature on Thursday approved a near-total abortion ban, building on past laws that include a Texas-style prohibition after about six weeks of pregnancy and a so-called trigger ban that would take effect should Roe v. Wade be overturned.

If the latest measure is signed by Republican Governor Kevin Stitt, as expected, Oklahoma will have the most restrictive abortion laws in the nation.

The bill, offered by Republican lawmakers, would take effect immediately. Not only would it ban nearly all abortions at conception — there are exceptions in cases of rape and incest and to save the mother’s life — it bypasses a court challenge by allowing civilians to press charges against those whom they believe have performed an abortion or helped someone obtain one. Even those who didn’t know an abortion would result from their actions can be subject to civil suits under the bill. 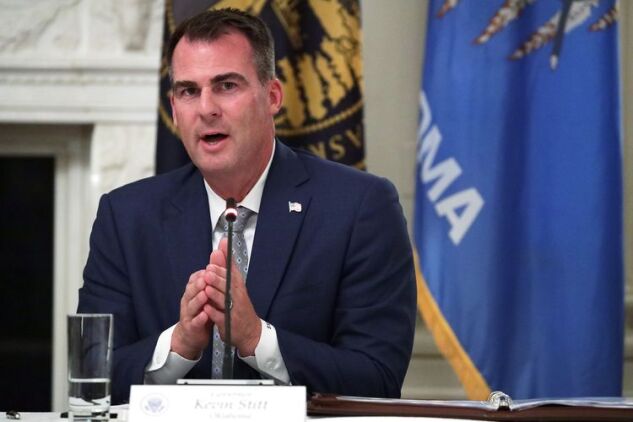 Oklahoma is one of many states that has long sought to make abortion difficult or impossible and is ramping up the effort now that a leaked draft opinion indicates that at least five US Supreme Court justices would overturn the 1973 Roe decision making abortion a constitutional right. Between January 1 and May 5, lawmakers in 42 states introduced, according to the Guttmacher Institute, which researches reproductive rights. So far, 10 states have enacted 37 of those measures.

Trust Women, an abortion provider in Oklahoma City and Wichita, Kansas, called the Oklahoma bill’s passage “a gratuitous and cruel flaunting of power” in a press release. The organization said that the bill, HB 4327, as well as the other abortion restrictions and bans passed by the state legislature this year “signal to the people of Oklahoma that their agency does not matter, their dreams do not matter, and that their lives do not matter.”

The Oklahoma measure’s immediate effect means that the four remaining abortion clinics in the state could soon be barred from helping patients — Oklahomans as well as those from neighboring states that are also hostile to abortion rights.

After Texas’s ban, known as SB8, took effect in September, about 45% of residents who traveled out of state for abortion services went to Oklahoma to obtain care despite that state’s myriad restrictions, including a 72-hour waiting period between an initial consultation and the procedure.

“Even before all the changes that were happening down in Texas in particular, Tulsa felt like somewhat of a safe haven for a lot of patients,” said Ian Peake, a medical student in Oklahoma and a representative of the advocacy group Medical Students for Choice. “When SB8 hit in Texas, it was like getting hit with a tidal wave here.” The parking lot at the clinic where he receives medical training as a volunteer — neither of Oklahoma’s medical schools offer such training — was filled with cars, he said.

That changed when Stitt signed Oklahoma’s own fetal cardiac activity ban into law earlier this month, effectively banning abortion at six weeks’ gestation. That’s often before many people realize they are pregnant.

“We basically went from being slammed to nothing,” Peake said.

Abortion restrictions and bans can prevent people from receiving care in a number of ways, experts say. It’s not just that pregnant people must travel to a different state; they often have to take time off from work to do so. Many expenses are involved, including paying for gas or a plane ticket, a hotel and possibly childcare.

Several US companies in recent weeks have they would reimburse employees who need to travel out of state to receive an abortion, and lawmakers in Democratic-led states have pledged to abortion clinics and nonprofits that help patients travel to an appointment.

To contact the author of this story:
in New York at eceron1@bloomberg.net

To contact the editor responsible for this story:
at lrupp2@bloomberg.net