State lawmakers, led by Republicans, pushed through the law making Oklahoma the first state to ban abortions while the landmark US Supreme Court decision in Roe v. Wade protecting a woman’s right to abortion still stands. The US Supreme Court appears set to overturn Roe v. Wade, according to a copy of a draft opinion that was leaked to Politico.

“Today, for the first time in nearly 50 years, abortion is illegal -- at every stage of pregnancy -- in an American state,” Emily Wales, president and CEO of Planned Parenthood Great Plains, said in an emailed statement Wednesday. Her organization is one of five providers that filed a joint challenge as soon as the Oklahoma City courthouse opened Thursday morning. 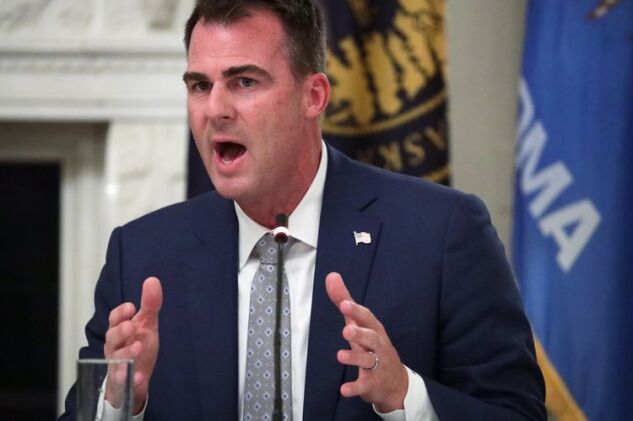 “Legislators who, in overwhelming numbers, cannot become pregnant have just made lesser citizens of those who can,” she said.

The Oklahoma law bans almost all abortions from conception -- with narrow exceptions to save a mother’s life or in cases of rape and incest that are reported to police. It also empowers civilians to press charges against those they believe have performed an abortion or helped someone obtain one.

“With Roe v. Wade in peril and abortion access in crisis in the U.S., challenging this law immediately was essential,” Center for Reproductive Rights attorney Rabia Muqaddam said in a statement. “Right now, none of our clients are able to provide abortions in Oklahoma.”

Oklahoma Attorney General John O’Connor reaffirmed his commitment to defending the state’s abortion ban. “No state has done more than Oklahoma to protect the rights of the most vulnerable human beings among us,” he said Thursday in an emailed statement.

While O’Connor didn’t directly comment on the abortion providers’ latest lawsuit, his spokeswoman Madelyn Hague pointed out the state high court “has already declined to issue any emergency relief” in the same clinics’ attack on an earlier restriction that dramatically reduced Oklahomans’ access to abortion. “I wouldn’t expect anything different here,” she said in an email.

The Center for Reproductive Rights, which represents Oklahoma abortion providers, bypassed federal courts because its attorneys believe the Oklahoma constitution offers broader due process protection and a clearer right to privacy than the US Constitution, Muqaddam said.

The group seeks to leverage a prior decision by Oklahoma’s top court to establish a state right to abortion that’s independent of Roe. In a separate case concerning state authority to medicate someone against their will, the Oklahoma Supreme Court ruled the state constitution recognizes privacy rights and freedom from “violation of bodily autonomy,” Muqaddam said.

Oklahoma’s abortion ban similarly violates its constitution by giving the state “the right to redirect the force of your life against your will,” she said. “When you have an unwanted pregnancy, it affects your life permanently.”

In the draft of the US Supreme Court opinion leaked to Politico May 2, Justice wrote that Roe was “egregiously wrong from the start” and it was time to “heed the Constitution and return the issue of abortion to the people’s elected representatives.” The opinion had the support of five of the nine justices on the US Supreme Court. A final ruling is expected by early July.

The citizen-enforcement mechanism in the Oklahoma law was copied from Texas’ Heartbeat Act, which bans abortions after fetal cardiac activity can be detected, usually around six weeks.

The US Supreme Court allowed Texas’s law to remain in effect even though some justices expressed concern that state officials were purposefully evading judicial scrutiny by outsourcing enforcement of state laws to civilians, who don’t need any connection to sue.

Oklahoma legislators passed a six-weeks ban that mirrored the Texas law before pushing further to pass the near-total abortion ban. Center for Reproductive Rights lawyers are challenging both bans at the Oklahoma Supreme Court.

Susan Brazelton, a director of the Roe Fund, which raises money to help women pay for abortions and travel expenses, said she’s particularly concerned about the statutory language that potentially exposes everyone who provides any assistance to a person seeking an abortion to lawsuits. Abortion funds, other non-profits and some corporations that have opted to cover procedural and travel costs aren’t sure where the lines are drawn.

“They’ve never clarified” the definitions, said Brazelton, who also coordinates patient safety escorts at the Tulsa Women’s Clinic. “So we’re all scrambling, trying to figure out… I guess me opening a door into the clinic and directing a car into a driveway is aiding and abetting?”

Oklahoma’s abortion providers also asked the state’s high court to prevent court clerks from accepting lawsuits filed under the new abortion ban. A group of Texas clinics temporarily won that same protection from a federal judge, only to lose it when an appeals court ruled US judges can’t tell state-court clerks what to do in state-law challenges.

“We have to use every legal lever we have, including state constitutions,” Muqaddam said. “We won’t be successful everywhere. We will have such large abortion deserts in the US that women will have to travel many hundreds of miles to access care,” crossing multiple state lines to reach open clinics.

The solution is for Congress to pass the Women’s Health Protection Act, which will enshrine abortion rights in federal law, Muqaddam said. So far, that measure has passed the Democrat-controlled House but has failed to pass in the evenly split Senate.

To contact the reporter on this story:
in Orwell, Vermont at laurel@calkins.us.com