There has been no summer slowdown in the health-care industry, as dealmakers amped up the number of transactions they announced or closed in July.

The month outstripped each of the prior six with a total of 161 transactions, according to a list of select deals prepared for Bloomberg Law by investment bankers at ECG Management Consultants and Provident Healthcare Partners LLC. 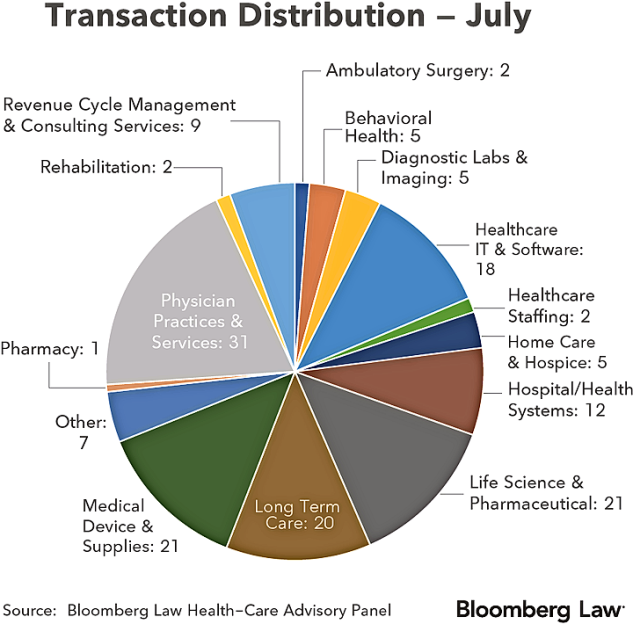 Transactions volume overall bounced back from springtime lows, ending with a seven-month total of 747 deals.

Investors mainly focused on eye care and dermatology practices in July, much as they have for about the past 10 years, Herschman said. But two July deals each in orthopedics and gastroenterology support predictions that the number of platforms in these two “hot” sectors will double in 2019, he said.

Private equity is driving many of these deals, Torres said. Large platform companies like Verdi Oncology and Texas Digestive Disease Consultants completed acquisitions in July, he said. Verdi is funded by Pharos Capital Group, and TDDC is backed by Waud Capital Partners. 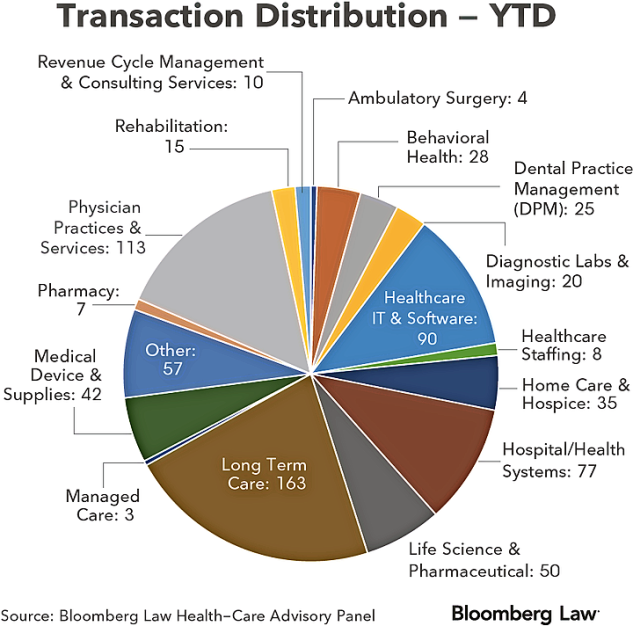 Long-Term Care Not Slowing Down

Long-term care is still a growth sector with 20 deals in July, Herschman said.

Steady Growth in IT, Hospital Sectors

Michigan’s largest health system, Beaumont Health, signed a letter of intent to acquire Summa Health, a four-hospital system in Akron, Ohio, Davis said. Summa will become an operating subsidiary of Beaumont and maintain its own management and board of directors, he said.
_________