Several vaccines will likely be needed to combat the coronavirus and immunize groups of people in America and abroad, U.S. National Institutes of Health Director said in an interview.

Collins, 70, is a physician and geneticist who leads the agency overseeing the U.S. research response to the pandemic. He discussed efforts to develop and manufacture a vaccine, potential mutations and what they mean for immunity, and how inoculations would be tested.

“My expectation is, and I am a bit of an optimist, that we don’t find out that there’s only one of these vaccines that works, but rather two or three of them come through the trials looking as though they’re safe and effective,” Collins said. “They’ll have somewhat different characteristics of where they work best, so we might need to do some matching then of which vaccine goes to which particular population.” 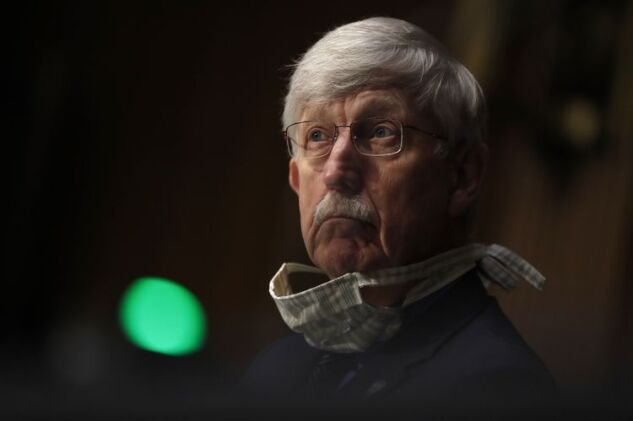 Collins, who began leading the NIH in 2009 under then-President Barack Obama, said there’s enough money to rapidly manufacture 100 million vaccine doses by late fall and 300 million before January. The first people to get a vaccine will likely be frontline health workers and those with chronic conditions that put them at greater risk from the illness. Later, Collins said, the U.S. government will have to increase manufacturing to meet global demand, and distribute vaccines to countries particularly hard-hit by the virus.

In April, the NIH launched a partnership among government health agencies and 16 biopharmaceutical companies with the goal of expediting development and production. Known as Activ, or Accelerating Covid-19 Therapeutic Interventions and Vaccines, the group’s efforts appear to touted by the White House called Operation Warp Speed. The Activ program’s details are outlined in a paper published in the journal Science on Monday.

Collins spoke with Bloomberg by phone. His remarks have been edited for clarity and readability:

BLOOMBERG: If there’s an effective vaccine, who will get it first?

COLLINS: The plan, which is a very optimistic one, is to begin to have doses this fall. First with 10 million, then maybe 100 million by late fall, and maybe 300 million by January. Those in the first batch need to go to those at highest risk. That would include health-care providers on the frontlines, it would include other people at high risk, including those with chronic illness.

BLOOMBERG: What can the U.S. do to and avoid situations where a company without capacity needs it from a larger maker that may have its own vaccine?

COLLINS: We’re in a pretty good place. All of the partners here, from the NIH, from academic centers, and particularly from industry that has manufacturing capacity, are determined that we’re going to make this work.

It’s going to take a lot of negotiation. That’s one of the reasons that we formed this partnership, so we would have all of the players around the same table, recognizing from the outset that the success of the enterprise is what matters. It has to be, what is going to be the best way to get a vaccine to the maximum number of people that is safe and effective in the shortest period of time.

BLOOMBERG: So who would get funding to build or provide manufacturing? The government? Drugmakers? A nonprofit like the Bill & Melinda Gates Foundation, which has said it will invest in vaccine manufacturing?

COLLINS: It would be for whatever it takes, but it has to happen fast.

BLOOMBERG: Some of the companies involved in Activ, like , haven’t said much about their vaccine efforts. Could they be manufacturers, even for another company’s candidate?

COLLINS: They certainly would have that kind of capacity for manufacturing, given the right circumstances, if their capabilities matched the right candidate. I will say that Merck has not at all given up the possibility of having a vaccine candidate of their own. They may not be as much of a non-player as you might think.

BLOOMBERG: What do you think about the mRNA vaccines in development? (’s vaccine is based on this technology.)

COLLINS: They are new, and they are rapid, and the good part is you can therefore mount a program very quickly. That was 63 days for the RNA vaccine NIH has done jointly with Moderna. That was a world record by many months.

The downside is, these are unproven. There’s never been a FDA-approved vaccine by these methods. There may be something that doesn’t pan out that you won’t be aware of until you get all the way to the end of the line. So far, they look pretty good.

I think we have exactly the right mix in this case: A couple of platforms that are very rapid, but potentially riskier, and also, as very solid backups, other platforms that we know can work for other viruses. It’s a horse race. We want all the horses to win, but we want to be sure there’s plenty in the field.

BLOOMBERG: How long does a vaccine need to provide protection to be effective?

COLLINS: If we could get evidence that this is lifelong immunity without even need for a booster, wouldn’t that be wonderful? I would certainly hope that a vaccine that’s safe and effective would have a duration for at least a few years.

One question that one would like to know is, is it possible for people who have had documented infection with SARS-CoV-2 to get reinfected? That would be a good indication of whether immunity is going to be durable.

BLOOMBERG: Do you worry about a mutation of the virus making it harder to vaccinate against?

COLLINS: It’s an RNA virus. It does undergo mutation at about the rate you might expect.

So far, I would not say there’s anything particularly alarming. Most people on the East Coast , and most on the West Coast have one version. It’s not clear to any of us that that has any particular consequence on how the virus behaves.

BLOOMBERG: What’s your opinion on , in which people get a vaccine, and then are purposely infected with the virus?

COLLINS: I’m not sure how much it would accelerate the timeline. And of course, the human challenge trials have multiple ethical issues associated with them, since we don’t have a curative therapy. So it’s not clear that people wouldn’t be at serious risk in volunteering. I think the weight of evidence is that while this is an interesting conversation to have, at the present time it doesn’t seem like the right path to travel down.