A measure to fund the government beyond this week excludes major funding for Covid-19 response programs, setting the stage for lawmakers to debate another pandemic aid package later this year.

Democratic leaders jettisoned the entire Covid supplemental response from a bill () to fund the government through September after members resisted raiding state and local aid to offset the cost. The administration sought almost $15 billion for Covid testing and treatment supplies, out of an overall $18.25 billion request for the domestic coronavirus response.

While Democrats hope to revisit Covid aid later this year, getting another package together may prove to be a challenge as Republicans have questioned the need for more pandemic funds. 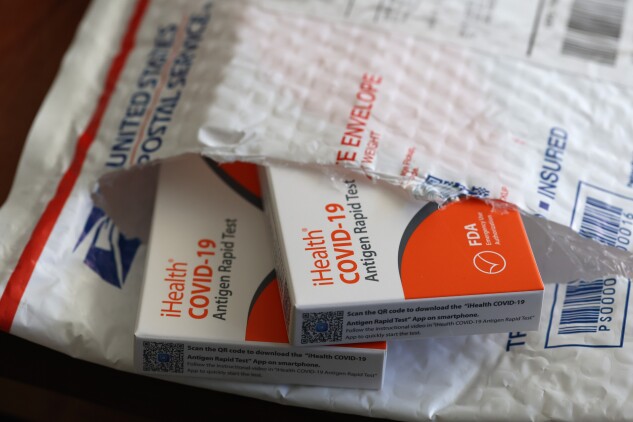 “It is heartbreaking to remove the COVID funding, and we must continue to fight for urgently needed COVID assistance, but unfortunately that will not be included in this bill,” House Speaker (D-Calif.) said in a letter to her colleagues Wednesday.

Pelosi said the House will vote on a standalone Covid aid bill that would contain the amount “the administration says that we need” as soon as Wednesday.

White House Spokeswoman Jen Psaki warned last week that the government’s current supply of monoclonal antibodies will run dry in May, and the supply of oral antivirals will be depleted by September.

She also noted orders for these drugs need to be made months before they’re needed.

The administration has also warned that a program that pays providers for giving treating or testing the uninsured for Covid would have to stop later this month without new funds.

Rep. (D-Calif.) said that the administration told Democrats that they need the funding by May. “We have a little bit of time to come back and get this done,” he said.

The lack of funding for the uninsured could dissuade people without coverage from seeking care, and put more costs onto hospitals, said Chip Kahn, president and CEO of the Federation of American Hospitals, which represents for-profit hospitals.

“Congress is acting like it’s over — and we still have sick patients in our hospitals,” he said.

Pfizer announced late last year the government would buy 10 million courses of its experimental Covid-19 antiviral drug for more than $5 billion. In January, the company said that order would double, but didn’t disclose the total cost.

The federal government has also committed to spend at least $4.2 billion to develop, manufacture, and produce rapid antigen tests since the start of the pandemic in 2020, a review of BGOV’s contracts database shows.

That spending doesn’t include Biden’s promise of free Covid tests for every American. Supplying the first 500 million will cost $4 billion, officials said earlier this year.

Sen. (R-Mo.) and other Republicans have said Congress has given the administration trillions of dollars in Covid aid over the past two years, and are demanding an accounting of where it’s gone.

The Department of Health and Human Services gave Blunt and others on the Senate Appropriations Committee details of Covid-related spending just in recent days, he said.

At least one Democrat bemoaned the loss of the Covid funds, saying the issue should’ve been easy for the party to rally around.

“What should be a slam dunk for Democrats as the party of science and public health has become yet another intra-party battle – and one that leaves the nation more vulnerable to future surges,” Rep. (D-Mass.) said in a statement.

(Updates with additional reporting throughout after Covid funding announcement.)

With assistance from Erik Wasson