Republican congressional leaders joined Democrats in a rare bipartisan rebuke of how the Trump administration is sending out emergency funds meant to bolster hospitals and doctors.

The Health and Human Services Department isn’t giving enough money to doctors who rely heavily on Medicaid funds, the group said in a letter Wednesday to Secretary . 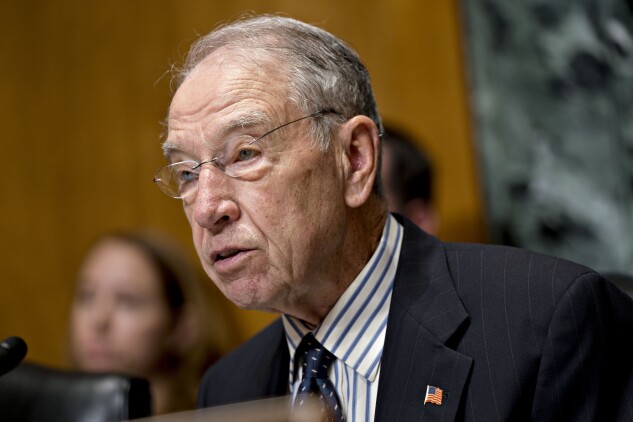 “Medicaid programs and the people who rely on them can no longer afford to wait,” , chief executive officer for the American Network of Community Options and Resources, said Wednesday. The group represents organizations that serve people with intellectual and developmental disabilities.

ANCOR and allied groups such as America’s Essential Hospitals, which represents hospitals that serve large portions of Medicaid beneficiaries, say their members have gotten a smaller share of the roughly $75 billion of emergency relief money the HHS has so far given to hospitals and providers. The groups have sent letters to Azar and lawmakers asking for dedicated funds and to send out the remaining $100 billion more quickly.

Lawmakers gave the federal government $175 billion in emergency funds as part of two bills this year but largely left it up to the administration to dole out the money. The agency has sent much of the emergency cash out so far based on Medicare spending and to hospitals in hard-hit cities.

Democrats in Congress have criticized the administration’s decision to use some of that money to pay for Covid-19 treatments for people without insurance. Pallone himself has pushed for a special enrollment period through Obamacare to give more people insurance coverage rather than using the emergency funds to pay for the care.

Republicans Slow to Speak Up

However, Republicans have largely been silent or have praised the administration’s decisions on how to use the funds until Wednesday.

In their letter to Azar the four lawmakers said they have “serious concerns with the ongoing delay of funding” to Medicaid-dependent providers. They also said the delay could be hurting these hospitals and doctors.

“It could also severely hamper their ability to continue to serve as essential providers amid the COVID-19 pandemic and beyond,” they said.

One Senate Republican aide said HHS officials have told staff on congressional health committees the agency asked states in May for Medicaid data that would assist them in sending funds but haven’t gotten full responses from some yet. That request for data came on May 1, more than a month after the emergency funds were first appropriated, according to Shannon McCracken, vice president of government relations for ANCOR, said.

Because states run their own Medicaid programs, the HHS lacks some information about the health-care providers who rely heavily on the public health insurance program for the poor, the staffer said.

The four lawmakers acknowledge this issue in their letter to Azar but say they believe HHS “can martial its resourcefulness, and its relationship with states, to develop a methodology to fairly and robustly allocate funds for Medicaid providers.”

HHS has signaled it will send funds specifically targeted to providers who serve a large number of Medicaid beneficiaries. The agency didn’t immediately respond to a request for comment.

The spread of Covid-19 across the U.S. has prompted a major drop in health spending as Americans stay out of hospitals and doctors’ offices. The impact has disproportionately hit Medicaid-dependent facilities, hospital groups and researchers say.

By the first week of May, there were 1,954 temporary health center site closures due to repercussions from the coronavirus, according to data from the Kaiser Family Foundation.