It all hit Brooke Keaton at once as she struggled to apply for disability benefits: At age 41, she may never work again.

“It’s coming to terms with the fact that there are things I have wanted for so long that I can’t have now,” said the Charlotte, N.C., resident, who lost her job as lead teacher at a day care center in April when health conditions related to Covid-19 prevented her from returning to work.

The federal government in July declared that long Covid may qualify as a disability. That may better protect so-called long haulers from discrimination and provide them public accommodations. But getting disability benefits is another matter entirely.

That potentially leaves thousands of people too sick to work, but not sick enough to show they’re disabled.

“It’s going to be tricky because these are kind of seen as two separate bodies of law,” said Jasmine Harris, a professor at the University of Pennsylvania Carey Law School.

Long Covid isn’t on the Social Security Administration’s list of disabling medical conditions. The nation’s biggest private long-term disability insurer doubts long Covid causes a long-term disability. Some of long Covid’s most debilitating symptoms are hard to prove. And getting disability benefits is notoriously difficult under routine circumstances; two of every three claims are typically denied.

The Social Security Administration said it’s received 16,000 claims for disability insurance since December where the person’s medical evidence supports identifying Covid-19 as one of their impairments. That’s far from an exact number, and the agency wouldn’t say how many of those claims have been approved.

That doesn’t mean Covid-19 was necessarily the primary reason for applying, or that it’s the impairment that will determine if disability benefits are approved, an agency spokesperson said in an email.

Joint guidance from the departments of Health and Human Services and Justice said long Covid can be a disability under the Americans with Disabilities Act, as well as the anti-discrimination provisions in the Rehabilitation Act and the Affordable Care Act. That means, for example, that businesses that require customers to stand in line may have to give people with long Covid a place to sit.

To qualify for Social Security disability insurance, though, a condition must meet the agency’s definition of a disability. Under the SSA’s rules, the disabling condition or symptoms also have to have lasted, or be expected to last, for a year or result in death.

In a statement to Bloomberg Law, the SSA said its rules allow it to evaluate Covid-19 cases. A person who has limitations resulting from long Covid, who’s met or is expected to meet the duration requirement, “could be found disabled if their limitations equal a medical listing or if the combination of those limitations and vocational factors prevent them from performing substantial gainful activity,” the agency said.

In making its determination, the government looks at whether the person is working now, if their condition is severe and interferes with their work-related activities, whether the condition meets or equals an impairment on the agency’s list of disabilities, if it prevents them from performing any of their past work, and if they can do any other type of work.

“A diagnosis alone is never enough to establish a disability,” said Mark DeBofsky, a shareholder at DeBofsky Sherman Casciari Reynolds PC in Chicago who represents people who’ve been denied disability benefits. “There has to be an associated functional limitation that impacts someone’s ability to do their particular job or work in general.” 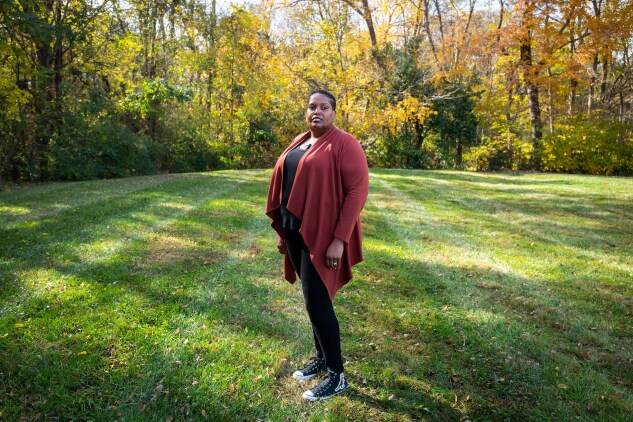 Keaton, the former day care teacher in Charlotte, knows how hard it can be to get Social Security disability. She helped her mother apply and then appeal a denial several years ago.

On average 66% of claims for Social Security disability benefits were denied between 2009 and 2018, according an annual report from the SSA for 2019. Only 21% of people on average got benefits on the first try. Another 2% were awarded benefits when they asked for a reconsideration, the first step in the appeals process, and 8% got them after a hearing by an administrative law judge.

It can take three to five months on average for SSA to make a decision. Appeals can take more than a year. About 1.2% of disability applicants who filed appeals between 2008 and 2019 died while waiting for the process to play out, and from 2014 to 2019, 1.3% of applicants filed for bankruptcy, the U.S. Government Accountability Office found in a 2020 report.

Getting benefits through private insurance is no easier.

Sarah Sedor, a claims service analyst at Cigna, had her short-term disability payments cut off after a review showed she didn’t qualify, according to an Aug. 6 notice from her company insurance plan. Sedor has been out of work since February, when she contracted Covid-19.

The 39-year-old from Chattanooga, Tenn. has been struggling with cognitive issues, fatigue, depression and difficulty breathing. But Life Insurance Company of North America, owned by New York Life Insurance Co., said it doesn’t have the clinical evidence or exam findings to support an impairment severe enough to meet the definition of disability. It’s not uncommon for short-term disability claims to initially be approved and later cut off.

“Please understand that we are in no way stating that your symptoms do not exist,” Life Insurance Company of North America said in the letter. “We are stating that the medical information submitted by your treating physicians and reviewed by our staff does not support a level of functional impairment, global impairment or the inability to perform the duties of your occupation.”

While the company said it didn’t have a comprehensive neuropsychological test to go on, Sedor said that was because she wasn’t able to get an appointment until Nov. 1. Results showed a mild cognitive impairment and that her reasoning and problem solving were moderately to severely impaired. Her doctor noted that the test had to be cut short because she was fatigued and had an intense headache.

“Right now we’re appealing the short-term to get back pay on that and then we’re going to apply for long-term,” Sedor said. She’s expecting that application to also be denied for the same reasons.

Getting benefits, whether it’s Social Security or otherwise, is a highly bureaucratic process that requires specific documentation from a physician, said Maria Town, president and CEO of AAPD, American Association of People with Disabilities.

“What I’m concerned about in terms of long Covid when you look at the population of people who have been impacted and look at states impacted, a lot of those populations are those least likely to have access to health insurance,” she said. “Ability to access benefits starts with beginning to access health care and get physicians to sign off on paperwork that says yes this person is disabled.”

In a statement, a spokesperson on behalf of New York Life said the company can’t discuss specific claims due to privacy concerns.

“We can say we work closely with our customers and their providers on a case-by-case basis to assess claims on the short and long-term effects of today’s evolving health care environment,” the spokesperson said.

Barbara Comerford’s law firm in New Jersey has about 100 clients who can’t work due to long Covid but have been denied disability benefits.

Most of them have extreme fatigue presenting like myalgic encephalomyelitis/chronic fatigue syndrome, a condition that doesn’t show up on routine tests even though it can leave its victims bedridden.

“It’s amazing how indifferent they are to these claims,” Comerford said of the insurance companies she’s fighting.

one of the leading carriers of long-term disability, told Bloomberg Law that disability and leave claims connected to Covid-19 are primarily a short-term event. Most claimants recover before completing the normal qualification period of 90 or 180 days for long-term disability insurance, Natalie Godwin, a company spokesperson, said in an email.

“There is no indication this pattern will be different with other variants,” she said.

Even if benefits are approved, insurers can set limits on payments. Most limit payments to two years when a person is disabled due to a mental illness. Some also cut payments off after two years for self-reported conditions like chronic pain and fatigue.

Unum’s practice of limiting benefits to 24 months for self-reported symptoms was recently upheld by the U.S. Court of Appeals for the First Circuit, in a dispute that centered on a woman with chronic fatigue syndrome and fibromyalgia. The court said it was reasonable for Unum to require objective proof of her functional loss in determining whether her disabilities were based primarily on self-reported symptoms.

Most people seeking long-term disability have to simultaneously apply for Social Security disability under the terms of their plans.

So far this year, SSA said it’s received just over 2 million initial disability claims, which is up from 1.8 million in 2020, though those numbers may be misleading due to the pandemic. SSA said it received about 200,000 fewer disability claims than it expected in fiscal year 2020 and about 500,000 fewer than it expected in fiscal year 2021.

The agency is expecting to see 1 million more claims in 2022, and it’s been looking at how much Covid-19 could contribute to that influx.

The Centers for Disease Control and Prevention said it was recently asked to present data to the SSA on the number of people expected to have myalgic encephalomyelitis/chronic fatigue syndrome as a result of Covid-19.

The SSA is doing its “due diligence and gathering data from all sources that they possibly can to understand and be prepared,”Elizabeth Unger, chief of the Chronic Viral Diseases Branch at the CDC, said in an interview.

A study published in September found more than half of people who contracted Covid-19 in 2020 had one or more symptoms of long Covid for six months after they first got sick. A third had one or more symptoms three to six months after their initial infection. It is not yet known how many of those people are or will be disabled. The Covid-19 vaccines have been shown to reduce the risk of long Covid.

Before she got sick with Covid-19 in December 2020, Keaton was in talks with her former employer to move into an administrative role. She was excited to grow professionally alongside a growing company.

Now, she battles comprehension issues, extreme fatigue, and swelling in her legs and feet while trying to care for two girls ages 3 and 11.

“People look at it and they’re like ‘Oh you get to be home all day,’” she said through tears. “It’s not easy.”

Keaton doesn’t know what she’ll do if Social Security denies her claim.

“I’m scared,” she said. “We’ve always been a two-income household.”