As the coronavirus spread in mid-March, White House adviser began assembling an ad hoc task force to combat it. One of his first calls was to a longtime acquaintance, . In short order, Boehler called , a friend and health care angel investor.

Boehler and Turner had founded successful health care startups, but they also shared a connection with Kushner not previously reported: All three have been investors at one time or another in , the company founded and run by Kushner’s brother, Josh.

Kushner says it was simple logic that led him to put together a task force led by businessmen rather than government bureaucrats, running in the shadow of the vice president’s official task force.

“The health care sector in America is mostly controlled by the private sector and not-for-profits, so it’s not run by the government,” Kushner said during an April 29 interview on “Fox and Friends.” “So you needed to take a custom, tailored approach.” 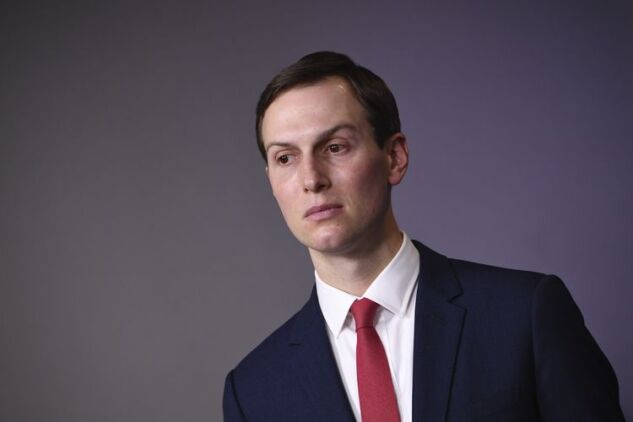 Jared Kushner put together a virus task force dominated by businessmen. Several of them have invested in the same health care companies.
Photographer: Kevin Dietsch/UPI/Bloomberg

Discussions with seven people familiar with the task force’s work reveal a close-knit group of investors with similar backgrounds who are at turns unfamiliar or wary of bureaucracy. They have relied on solutions drawn from their work in private enterprise -- leading to both successes and setbacks for the Kushner team. As extraordinary measures to procure and airlift equipment wind down, Kushner is now shifting to other relief priorities like vaccine production.

One of the people said the high stakes all but required deep trust of the kind that’s forged over years of doing business. And there’s no indication Oscar Health has received federal contracts or benefited from the role of onetime investors on the task force.

Still, a deeper look at the makeup of Kushner’s task force provides some insight into the mindset of those who have been helping to shape the government’s halting, often stumbling, response to the pandemic.

Government accountability groups and members of Congress have criticized Kushner for placing the federal response in the hands of people with more experience in the private sector than in public health. And they note that the task force members are volunteers who use private emails, have no clearly stated mission and are not subject to government disclosure rules.

“If the Trump administration sees a need to deviate from well-established and long-held emergency response protocols and bring in a volunteer force to assist FEMA, the public has a right to know where their tax dollars are going and whether they are actually being used to get resources to the places they are needed most, or if they are being misdirected based on political connections,” said Representative , the Democratic head of the House Transportation Committee, which is reviewing complaints that the task force was an obstacle to the federal government’s pandemic relief efforts.

Although government officials often pluck businessmen from the highest corporate echelons to provide pro bono advice (think on vaccines or on education in New York), Kushner and Trump have called on people they knew as investors before they reached the White House.

Representatives of the task force declined to comment for this article. The White House didn’t provide a comment. 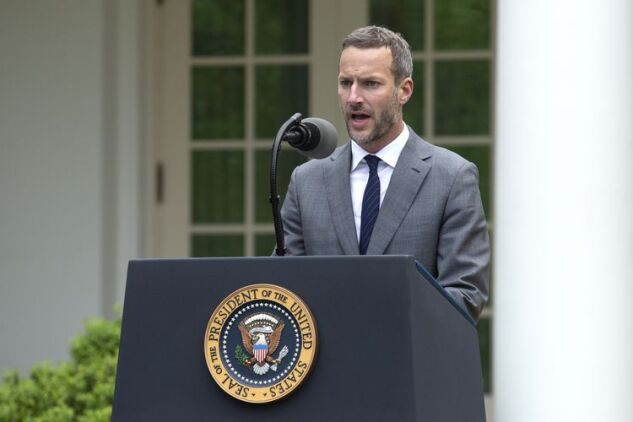 Boehler has known Kushner since they roomed together one summer during college, and for years they were co-investors in Oscar Health. (Kushner handed off his stake in the company and his oversight role at it to other family members when he joined the White House.)

Both Kushner and Boehler have declined to comment on their friendship or their various collaborations. Boehler late last month did grant an interview to financier . In a podcast on the website, he said that he realized once he joined the task force that the scope of the problem was too massive and complex to be resolved by the Federal Emergency Management Agency and the existing federal command structure.

“FEMA is set up to handle hurricanes,” Boehler told Milken, the 1980s “junk bond king” who served 22 months in prison for securities violations and was pardoned this year by President . He likened the current crisis to “hurricanes in every one of the 50 states and the two territories at the same time.”

Boehler helped assemble the rest of the task force leadership, a handful of men who also consult a former Obama adviser, by drawing heavily from his contacts in the relatively small world of health care finance. In part he reached back to Landmark Health, a home care provider he founded.

He brought in , a private equity executive with health care expertise, Turner and also Brad Smith, now a Medicare official with a background similar to Boehler’s. Caluori was a principal at the private equity firm when it announced an investment in Landmark, just as Boehler left to join the government. Caluori didn’t work on the Landmark deal, according to two people familiar with the discussions, and has since moved to another firm.

Boehler is considered a rising star in the Trump administration. He spent two years as the director of the Center for Medicare and Medicaid Innovation and is now running the U.S. International Development Finance Corporation. Records in the Office of Government Ethics show that a family trust overseen by Boehler filed to divest 33,000 shares of preferred stock in , the parent company of Oscar Health, after he was appointed to his first government post.

He was unable to offload the shares, a person familiar with the transaction said. They were instead transferred to his siblings, according to the person. Boehler divested his stake in Landmark.

When Boehler left the Centers for Medicare and Medicaid Services last fall to take up his new role, he helped pick his successor: Smith, the entrepreneur who had launched a home health care company. 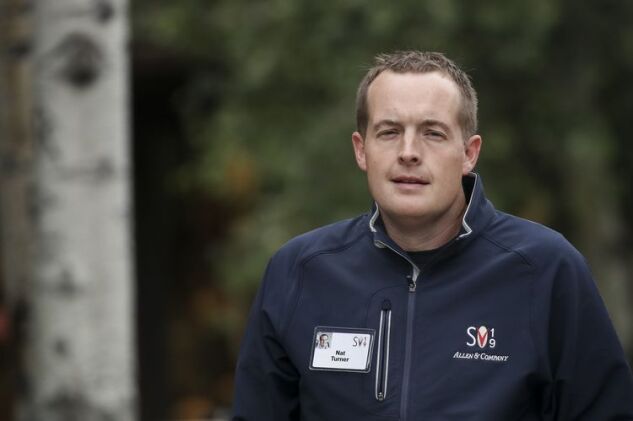 Nat Turner, a Boehler friend and task force member, was an investor in Oscar Health, as were Kushner and Boehler at various times. He says he gave his stake to charity years ago.
Photographer: Drew Angerer/Getty Images

Turner, the angel investor and acquaintance, put in about three weeks with the task force, focusing on social distancing guidelines and testing and has not done much since March, a person familiar with his involvement said. An early investor in Oscar, Turner donated his shares in the company to a cancer charity years ago to avoid potential conflicts with another investment, he said by email.

The task force has frequently consulted an outside adviser, , who served in the Medicare office under President and has publicly called for the government to do more in the crisis. Like General Atlantic, Slavitt’s invested in Landmark in 2018. His business partner at Town Hall was instrumental in finding executives for the company in its early days. As with Oscar Health, there is no indication that Landmark has received any federal contracts or benefited from actions of the task force.

Once the task force coalesced, the leaders recruited at least a dozen volunteers from their own firms and the consulting company McKinsey & Co. They screened more than 800 companies that offered to provide testing and protective equipment. Evaluating companies was a natural fit for the financial analysts, and the list was quickly pared to a few dozen that merited follow-ups and site visits by federal procurement officers.

Boehler’s business acumen and connections helped Kushner in overseeing Project Airbridge, which private cargo companies rather than the military to transport medical equipment and protective gear. It also influenced his work to set up a ventilator repository, shared by 20 hospital systems.

“He’s done a fantastic job,” said Trump, who invited Boehler to appear beside him at a news conference. “A young man who worked 24 hours a day on handling this situation.”

But the preference for private-sector solutions has also led to some of the most widely criticized decisions of the coronavirus crisis. The Trump administration has been reluctant to compel manufacturers to produce ventilators and medical protective gear, as it could under the Defense Production Act. Many public health experts say that hesitation has contributed to lingering shortages.

Boehler defended the approach with Milken, saying that government intervention under the act is “not necessary when you have our private market taking all the right actions.”

Since Kushner’s April appearance on Fox, a whistle-blower report has been filed with Congress alleging amateurism, mismanagement and political cronyism by the task force. The whistle-blower complaint, first reported by the Washington Post, said volunteers spent their days in frantic -- and frequently unsuccessful -- attempts to find medical masks, gloves and gowns.

There is little paper trail for posterity. Congressional committees and public interest groups have sought explanations and documents, but the ad hoc team is technically accountable only to Kushner and Trump.

Although Oscar hasn’t inked any government contracts, one joint venture did come close. At one point, Kushner’s team nearly made Oscar Health and the government a partner in a web portal for coronavirus testing.

The idea came about after Trump said in a Rose Garden address on March 13 that Google was constructing such a website. When it became clear that project was illusory, the task force fielded alternatives, people familiar with the arrangements said. The engineering team at Oscar Health was known to Kushner’s group, was already building something similar, and offered to make the code available to the government, the people said.

The effort ultimately fell by the wayside, along with some similar efforts for large-scale testing at businesses, as more traditional government health care solutions carried the day.

To contact the editors responsible for this story:
at wokelley@bloomberg.net