’s single-shot coronavirus vaccine won the backing of a panel of U.S. government advisers, paving the way for authorization of the country’s third immunization against the deadly virus.

Experts advising the U.S. voted 22-0, with no abstentions, that the benefits of the vaccine outweigh its risks in adults 18 and older, a decision that could help bolster the vaccine supply as new variants continue to spread. The FDA usually follows the nonbinding recommendations of its advisory panels and could authorize the shot within days. 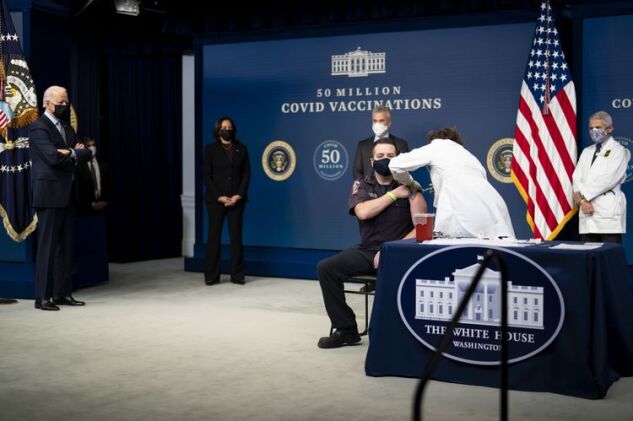 The J&J candidate is highly anticipated because it can be kept in a refrigerator for three months, an advantage over the vaccines that must be frozen when stored for longer periods, and its single-shot regime. Biden administration officials have said the U.S. expects J&J to release 3 million to 4 million shots next week, assuming it’s authorized for use.

“This is a relatively easy call,” said Eric Rubin, a committee member who’s also editor-in-chief of the New England Journal of Medicine. “It clearly gets us way over the bar, and it’s nice to have a single-dose vaccine.”

J&J’s shares rose 1.3% after the close of regular trading on Friday in New York.

The vaccine was 72% effective in the U.S.-based portion of a global study that enrolled more than 43,000 people, FDA staff wrote in a document released earlier this week that summarized the company’s final-stage trial results, and was 100% effective in preventing death in the trial.

The FDA told J&J after the meeting “that it will rapidly work toward finalization and issuance of an emergency use authorization,” said Janet Woodcock, the FDA’s acting commissioner, and Peter Marks, the director of its Center for Biologics Evaluation and Research, in a statement.

Overall, the rate of side effects was low. However, there were more cases of deep vein thrombosis and pulmonary embolism in people who got the vaccine compared to the placebo group, said Yosefa Hefter, a medical officer in FDA’s Center for Biologics Evaluation and Research. Also, six people who got the vaccine had ringing in their ears, while none in the placebo group did.

A handful of serious adverse events linked to the vaccine included a case of hypersensitivity leading to lip swelling and hives, and a case of continuing arm pain in a 30-year-old that wasn’t responsive to painkillers, Hefter said. There were also two cases of severe allergic reactions reported in a separate, independently-run study of 40,000 health-care workers in South Africa, a J&J spokesman confirmed.

Panel members agreed the one-shot vaccine works, but some wondered what will happen if a two-dose version of J&J’s vaccine in trials now proves to be more effective.

“We have a vaccine right now that has good efficacy that everyone is going to compare to the existing vaccines and say it does not look quite as good,” said Rubin, the New England Journal editor, before the votes were cast.

But after the vote, panel member H. Cody Meissner, a pediatric infectious disease specialist at Tufts Medical Center in Boston, emphasized that public health authorities shouldn’t prefer one vaccine over another.

“It’s important that people do not think that one vaccine is better than others,” he said. “All vaccines work with what appears to be equal efficacy and equal safety as of this time.”

J&J is planning to begin a study of the vaccine in pregnant women in March or April, Johan Van Hoof of the company’s Janssen unit, told the panel.

J&J’s vaccine differs from authorized shots from and the partnership of and , which rely on messenger RNA to turn cells into vaccine factories. It instead uses a non-replicating cold virus called an adenovirus to stimulate an immune response, preparing the body to fight Covid-19.

The company’s candidate was among six vaccines tapped for the Trump administration’s Operation Warp Speed program, receiving some $1.5 billion in government funding. J&J has a contract to deliver 100 million doses to the U.S. by the end of June.