The Biden administration’s plan to make rapid at-home Covid-19 tests effectively free for millions of Americans could skyrocket the cost of those tests, insurers and employers are warning the government.

Federal health officials are expected to release guidance this month outlining how private health plans must reimburse their beneficiaries for the cost of at-home Covid tests. The policy is key to the administration’s effort to tamp down the spread of the virus, now occurring at historic levels.

Health insurers and employer groups are asking the Department of Health and Human Services to place limits on what private health plans must pay for at-home Covid tests or limit where Americans can buy them. 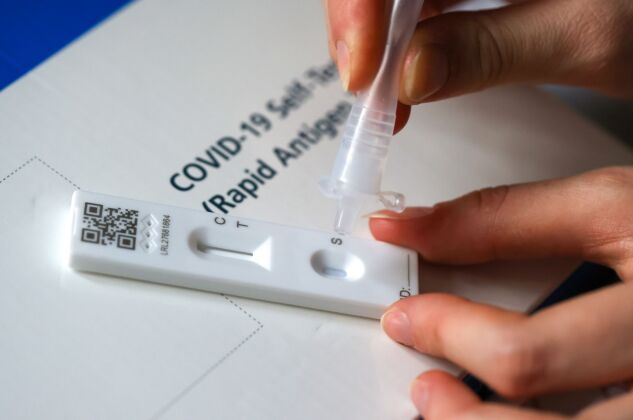 The concern for consumer advocates is that some retailers or even diagnostic companies will raise the cost of the tests once they know insurers are footing the bill.

“If insurers have to reimburse for at-home tests from anywhere at any price, they will be at the mercy of price gouging by unscrupulous sellers,” Larry Levitt, executive vice president for health policy at the Kaiser Family Foundation, said. “If insurers are left holding the bag, consumers will be shielded in part from price gouging, but they still face risks.”

The White House in December said it wants the more than 150 million Americans with private health insurance to get reimbursed for at-home tests during the public health emergency. The departments of Health and Human Services, Labor, and Treasury are to issue guidance on the requirement by Jan. 15.

Public insurance programs—like Medicare—weren’t included in the plans, although diagnostic companies are now lobbying to include them.

Two major retailers— and —recently raised the price of a popular at-home Covid-19 test after a deal with the White House to sell the kits at cost expired. The price of ’ BinaxNOW tests at Walmart rose to $19.88 this week from $14. and . have been charging $23.99 for the Binax tests.

New York Attorney General Letitia James warned in late December that some New Yorkers were being changed as much as $70 for rapid tests as demand outstripped supply in many areas of the state.

John Koval, spokesman for Abbott, said the company hasn’t changed what it charges retailers for its BinaxNow tests since they were first launched.

“It’s unfortunate that a small minority of bad actors are taking advantage of this situation to re-sell the test once it’s on the open market,” he said.

Insurers are already required to cover laboratory Covid-19 tests at no cost to consumers and are finding the price of those tests to vary widely.

On average, a Covid-19 test at a lab costs $130, according to a survey from AHIP released in the summer. Out-of-network providers charge on average more than $185.

Some insurers ran into labs that charged much even more. Blue Cross and Blue Shield of Kansas City sued GS Labs, LLC earlier this year saying the company sought $380 for rapid antigen Covid-19 tests that cost less than $20 at wholesale.

In court filings, GS Labs claims the charges reflect the level of service the company provides.

Employer groups say it’s rare for health plans to be asked to reimburse the full cost of a service that isn’t ordered by a health-care provider. Plans can contract with providers and labs to get better prices, but not with every retailer of at-home tests.

“This is not the same as saying you need to cover it when it’s ordered by a medical provider,” James Gelfand, executive vice president for public affairs at the ERISA Industry Committee, said.

The HHS could set a limit on what insurers pay, Levitt said, but that could leave consumers holding the bag for tests beyond that cap.

The agency could also say insurers have to pay for tests only bought at pharmacies in their network, leaving health plans the opportunity to negotiate on the price, Gelfand said.