With opioid deaths soaring, front-line health workers say the rate of babies born dependent on the drugs are rising alongside them.
Photographer: Joe Raedle/Getty Images

With opioid deaths soaring under the veil of Covid-19, front-line health workers expect the rate of babies born dependent on drugs are rising alongside them, creating huge financial and societal costs that will last decades beyond the pandemic.

The national rate of babies born with neonatal abstinence syndrome was rising prior to the pandemic—82% from 2010 to 2017. While data from the pandemic period hasn’t kept up, many front-line workers say they’ve seen the problem worsening during Covid-19.

In 2016, NAS hospitalizations cost $573 million, with Medicaid covering 83%. That doesn’t account for long-term costs associated with life-long issues afflicting many of these children, including delayed speech, learning disabilities and other health problems.

“This has gotten worse while we haven’t been paying attention,” said Dr. Stephen Patrick, a neonatologist who works with infants who have NAS and director of Vanderbilt University Medical Center in Nashville, Tenn.

A March 2020 Government Accountability Office report on drug misuse flagged the need for a comprehensive plan to care for infants with NAS as among the highest priority recommendations. President Joe Biden pledged on the campaign trail to expand access to care for those infants and their mothers.

While the White House hasn’t offered specifics in Biden’s first 30 days in office, advocates say the new administration may mark a turning point, depend on what course of action it takes.

Front-line workers have called for the administration to create incentives, though higher Medicaid and Medicare rates, for providers to offer pregnant women better care.

The Center for Medicare and Medicaid Innovation has already given money to 10 states to implement programs focused on improving outcomes for pregnant women and infants affected by the opioid crisis. Lawmakers should rapidly expand what these models find to be effective, Patrick said.

Beyond that, the Biden administration could pursue legislation similar to what the Ryan White Act did for HIV care, by creating rapid and widespread funding for treatment, he said.

“We need the infrastructure, stable funding,” Patrick said. “What if funding to states, for example, required collaboration between early intervention programs, child welfare, and Medicaid?”

However Biden approaches the issue, the administration should take steps to address the need for longer-term treatment and community support, said Keli McLoyd, director at the Philadelphia Coalition on Children and Opioids.

When a recovering mother and baby born with NAS are released from the hospital, putting them “right back” into their prior settings without additional support could trigger a relapse, McLoyd said. And lower income individuals may face additional hurdles as “a lot of treatment providers don’t take Medicaid,” she said. 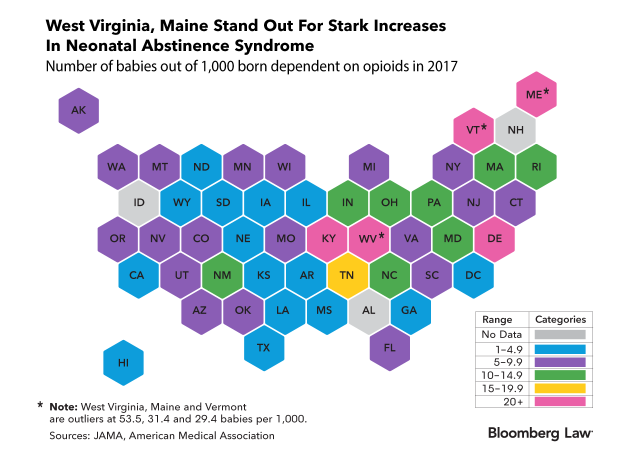 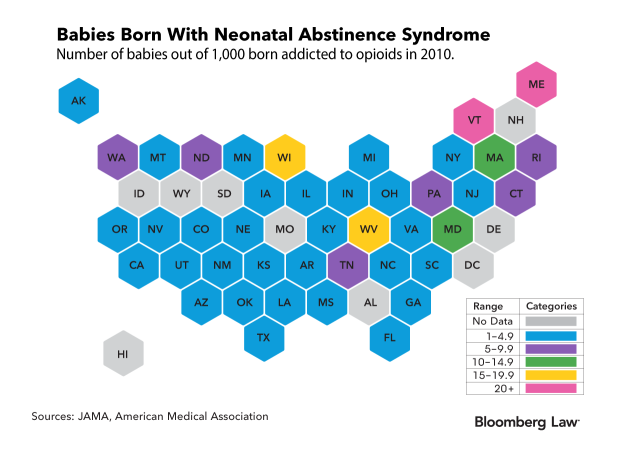 The best chance for minimizing the lifetime care these infants will need is to get their mothers treated—typically with medication-assisted treatments [MAT] like methadone and buprenorphine—as early as possible in the pregnancy. But if mothers don’t feel they can pursue treatment, or if clinics are reluctant to accept them as patients, that child faces a higher risk of pre-term birth and complications.

“Data is beginning to show us that children with a history of NAS have greater learning challenges and behavioral difficulties,” said Rahul Gupta, chief medical officer of the March of Dimes and former health commissioner of West Virginia.

“As a first step, the White House could ask agencies that interface with pregnant women to review the language their programs use and ensure all stigmatizing language is removed,” said Patrick, who was a senior policy advisor at the Office of National Drug Control Policy under President Barack Obama. “This may seem like a small step, but language matters.”

Treatment specialists also call for a shift to a more integrated health-care system, where pregnant women could be screened or connected with addiction treatment in any number of ways. For example, a pregnant woman could be asked about addiction and mental health when getting a check-up with her primary care doctor, or even while signing up for federal assistance such as Women, Infants and Children, the income-based supplemental nutrition program.

Nationwide, the average cost per infant with NAS is $22,552, largely because such babies require hospital stays that average 16 days longer than those who weren’t exposed to opioids in utero. That doesn’t include assistance that many will need later with speech therapy, behavior, cognition and schooling.

Kevin Thompson, an attorney representing babies born with NAS in litigation against opioid companies, says income support is among the most important of his clients’ needs.

“Most of them are going to be unable to support themselves,” said Thompson, a trial lawyer at Thompson Barney law.

Many programs focus on identifying NAS children, then helping with basic psychological needs for children until age 3, Thompson said. But things like preparation for school as well as assistance with speech and language issues are also important.

“They need lots of counseling and intervention from age 3 forward,” Thompson said.

That’s a reality Lisa Kitzmiller is familiar with. The story of her son Jayden, now 7, highlights the importance of ongoing support for mothers and children. He was able to get early interventions for speech therapy and tutoring, even though his mother often has paid out of her own pocket.

Kitzmiller, who is the operations manager of a real estate investment firm, has watched Jayden grow to be an energetic if shy little boy, who is still getting used to his first pair of glasses. Someday, she says, Jayden will be old enough to find out that NAS is the reason he didn’t learn to speak until he was 3, why he struggles to keep up with other students in his classroom, and why he will probably always need specialized medical care.

“At some point I am going to have to talk to him and say, ‘this is what you went through and it is my fault,’” said Kitzmiller, 37, of Elkton, Md., who has been clean for seven years. “This is going to affect him his whole life.”

“I just try to remember as long as I stay clean now, I can be here to help him through these tough times, make sure he gets to college and becomes a good person,” Kitzmiller said. “I try to use my story as a way to empower my kids to stay away from all of that.”

That’s why it’s critical to help a mother remain in recovery and free of substances while engaging with her child, a process that involves assistance with things like housing, food, suboxone treatment and continued support groups, said Dr. Mark Fuller, medical director at Allegheny Health Network.

“Prolonged periods of engagement with mom after delivery I think have been really powerful and helpful to getting better outcomes,” he said.

Dr. Robert Ashford, CEO at RecoveryLink, also emphasized the importance of “a comprehensive continuum for care.”

Coordinated care—or health-care and social services in tandem, such as being able to access food, housing and addiction treatment care in one place—is best for recovery, Ashford said, though it is “largely driven by what is the local and state policy.”

“The reason we might expect that the rate [of babies with NAS] has gone up during Covid is because there’s a lack of access to quality health care where it does exist,” Ashford said.

At the institutional level, new best practices have emerged for how to care for infants born with NAS.

Johns Hopkins All Children’s Hospital in St. Petersburg, Fla., is now dedicating an entire hallway in the neonatal intensive care unit to babies born with NAS, said Jane Shannon, a neonatal nurse practitioner at the facility.

The nursing staff keep the segregated NAS area dark, quiet, and calm, which helps the infants as they go through withdrawal. They also promote letting the babies be held, touched and loved as often as possible, efforts Shannon called “game changers” that can help stave off the need for pharmaceutical intervention.

“A very short time ago it would not be unusual for a baby to stay in our unit for up to three weeks while they go through withdrawal, but also being treated with morphine and phenobarbital,” she said. “That’s really changing because of the dynamic of doing the comfort measures.”