Leaders of the Congressional Progressive Caucus have been pushing to expand the number and range of medicines subject to government negotiation under a drug-pricing bill.
Photographer: George Frey/Getty Images

Progressives in the House are pushing for further changes to legislation that would direct the government to negotiate with drugmakers on the price of medicines and are considering offering floor amendments if needed, lawmakers said.

Leaders of the Congressional Progressive Caucus, which represents the most liberal House Democrats, have been pushing to expand the number and range of medicines subject to government negotiation under the drug-pricing bill (). They made some progress amid a trio of congressional committee hearings, but are still negotiating with Democratic leaders for more.

Progressive leaders say they want the most expansive drug-pricing legislation possible, one that touches as many medicines and as many people as possible.

“If you have a good bill then why wouldn’t you want more people to benefit?” Rep. (D-Wis.) a co-chairman of the CPC and a member of the Labor, Health and Human Services, and Education Appropriations Subcommittee, told reporters. 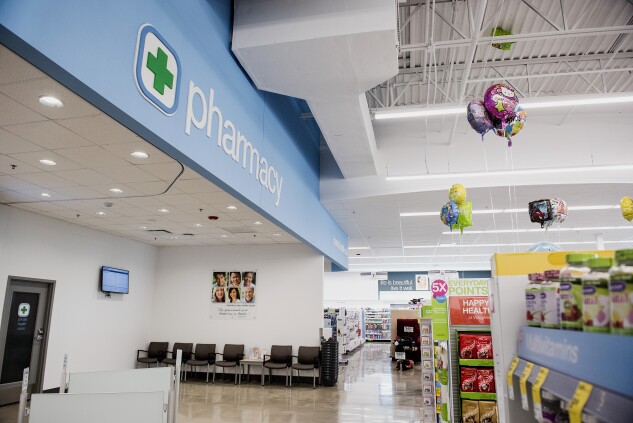 Balloons are displayed for sale near the pharmacy of a Walgreens Boots Alliance Inc. store in Elmwood Park, Ill.
Christopher Dilts/Bloomberg via Getty Images

Moderates in the party are focused on passing a measure that stands a chance of becoming law. They’ve pushed to get votes on other drug-pricing bills that have garnered Republican sponsors and to keep the negotiation legislation narrow in hopes of attracting the support of President .

House leaders still need to combine the three slightly different versions of the drug-pricing bill approved this month by a trio of committees and address any concerns among members of their caucus before they can put the legislation onto the floor for a vote. They’re also waiting on the Congressional Budget Office to release a comprehensive analysis of the legislation.

A vote on the bill isn’t expected until lawmakers return for a break Nov. 12, a senior Democratic aide told Bloomberg Government.

Republicans are showing unity against the measure, meaning Democrats must pass the legislation with votes from only their party. That may happen as no Democrats have publicly opposed the measure.

That doesn’t mean House Democrats aren’t making demands ahead of the vote.

(D-Texas), a CPC member, has emerged as a critic of the bill in its current form, voting “present” at a House Ways and Means Committee markup after it became clear the amendments he wanted to make to the measure weren’t going to be adopted.

Doggett has sought changes that would permit people without insurance to gain access to the discounted rates negotiated with drugmakers and to fully repeal the prohibition against the Medicare agency negotiating for better prices. Right now H.R. 3 only creates an exception for that prohibition.

Doggett has chafed at the narrow focus of the bill, designed principally by House Speaker ’s staff and leaders of the House Energy and Commerce and Ways and Means committees. He said party leaders have said the legislation is meant to attract support from the Trump administration, but he sees little sign the president wants to support it.

“I was given the impression early on that if we keep the bill narrow we could get the Trump administration to go along with it,” Doggett said. “I don’t know if Trump is going to join this after the infrastructure bill and before gun safety or when, but that’s one thing I did speak about: It seems rather unrealistic he’s going to join this bill at this point in American history.”

Moderates, however, are focused on attracting the support of Trump and Republicans for a drug-pricing bill.

“It is incredibly important we get a bill into law and that means it has to be a bill that can pass through a divided Congress and be signed by the president,” Rep. (D-Fla.), one of the leaders of the moderate Blue Dog Coalition, told reporters.