Legislation to boost Obamacare subsidies and direct the government to demand lower prices on certain drugs won House passage Monday, in an election-year reprise of earlier votes that Democratic leaders engineered to highlight differences with the Republican-controlled Senate and the Trump administration.

The bill () would expand the Affordable Care Act’s tax credits, pressure states to expand Medicaid programs with the promise of more federal funds, and cap what any person may pay for coverage premiums at 8.5% of income. It would also let immigrants living in the U.S. under the Deferred Action for Childhood Arrivals program get access to subsidized insurance plans.

The bill stands no chance of becoming law in the current Congress, but Democratic leaders said they’re making good on a 2018 campaign promise to protect the Affordable Care Act.

“When Democrats won the majority in the House, we did so promising to work to expand coverage, lower out-of-pocket costs, and provide greater stability for health insurance marketplaces,” House Majority Leader (D-Md.) said on the floor. “That’s what we promised and we picked up 40 net seats. This bill as part of that promise. Now we pass another one.” 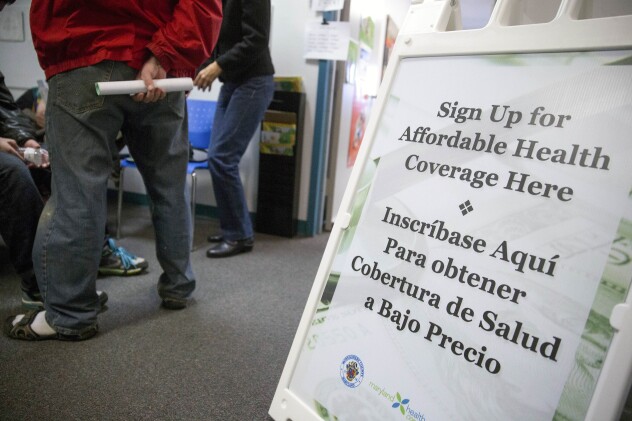 Feds Aim to Nix Obamacare While Touting Its Benefits in Pandemic

The package combines bills that have already passed the House (; ) this Congress but the Senate hasn’t taken up and that the White House has signaled President would veto if it either reached his desk.

“They find the political fear mongering to be too potent in an election-year weapon,” said Rep. of Texas, the top Republican on the Ways and Means Committee. “So, we continue this charade.”

Grassley to Renew Drug-Pricing Push ‘With or Without Democrats’

The House package, like many health bills the chamber has passed this year, has most Democrats’ support but wouldn’t go as far as some in the party would like to extend government negotiation on drug-pricing or the government’s role in providing health coverage.

Rep. (R-Texas) called the bill “exceedingly modest” in its approach to drug pricing. Other Democrats have said they think the spread of the coronavirus warrants creating a single-payer health system where the government would replace much of the private health insurance industry.

“The exceedingly modest pharmaceutical provision in today’s bill excludes the uninsured and falls well short of what is needed to prevent monopoly prices for drugs,” Doggett said.

Reps. (D-Wash.) and (D-Wis.), in a statement, welcomed the Affordable Care Act improvements. Still, they said, what’s needed is to “untether health care from employment and take on our corrupt, for-profit health care system that has widespread and damaging ramifications for public health.”