Medical examination tools hang on a wall in an exam room at Perry Memorial Hospital in Princeton, Ill., on Oct. 11, 2017.
Photographer: Daniel Acker/Bloomberg via Getty Images

Conservative activists are working with a coalition of health professionals to try to pressure governors and federal lawmakers to let medical practices and hospitals perform more elective and non-emergency services, potentially speeding up the reopening of the broader health-care industry.

Dozens of doctors from around the country Wednesday will announce the start of A Doctor A Day, a letter-writing and lobbying campaign consisting of health-care providers who want states to loosen states’ restrictions on the services they can provide.

Their effort centers on a public health message that runs contrary to what many experts have said in recent weeks: Americans need their health services to be healthy more than they need to maintain strict social distancing. 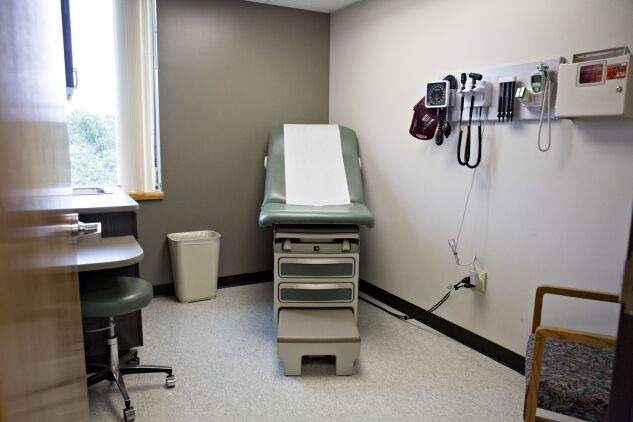 An exam bed sits in a room at a hospital in Princeton, Ill., on Oct. 11, 2017.
Photographer: Daniel Acker/Bloomberg

“It is time for elective officials in Washington, D.C. and governors around the country to get a second opinion for the prescription they’ve given Americans for Covid-19,” Jenny Beth Martin, honorary chairwoman of Tea Party Patriots Action with roots in the conservative moment against the Affordable Care Act, told reporters Tuesday.

Adding to this pressure: the halt of elective surgeries is costing the country’s hospitals $50 billion per month and could lead to closures, the industry has said.

The Tea Party-aligned group will sent a letter to President Donald Trump Tuesday and will follow up with similar letters to governors outlining what they say is a public health crisis created by the shutdowns that helped slow the spread of the coronavirus, said Simone Gold, a physician practicing as a concierge doctor in California who helped start the group.
.

Many Americans are avoiding or delaying routine medical care out of fear of contracting the virus, Gold said. They’re working with Tea Party Patriots Action to get their message out, she said.

In March, the Centers for Medicare & Medicaid Services recommended a halt on “all elective surgeries, non-essential medical, surgical, and dental procedures” to preserve needed medical supplies to fight the outbreak of Covid-19. All but 16 states this year have directed hospitals to limit or cease elective procedures, according to the Association of State and Territorial Health Officials.

Now, 30 states have either lifted or plan to remove soon some of those restrictions, a Bloomberg Government analysis of state orders shows. Many states have strict rules requiring hospitals and medical practices to have a surplus of protective equipment and testing procedures in place before they can resume these elective procedures.

Public health experts have warned that loosening restrictions on businesses operating will result in spikes in Covid-19 cases. The country needs a coordinated national testing program to help reopen the country and keep track of these increases, Ashish Jha, director of the Harvard Global Health Institute, told lawmakers last week.

“Its not just about having enough tests,” he told the House Select Subcommittee on the Coronavirus Crisis. “It’s about ensuring the right people get the test at the right time.”

Rep. (D-Calif.), a physician, said he is concerned that people with health problems like diabetes haven’t been getting routine care but cautioned that reopening hospitals needs to be done carefully. He said hospitals in his district have started reopening plans that include preparations for separating Covid-19 patients from those who seek other types of care.

“We should do it based on what’s in the best public health interest of these patients,” Bera said. “The question is: Can we do it safely?”

Three states that are broadly reopening their economies, Arizona, North Carolina, and Texas, recently reported increases in Covid cases. Texas had the largest of the three, with 1,801 new cases reported May 16.

Georgia, which similarly reopened many businesses in the states, hasn’t experienced the same surge, according to state reports. Preliminary reports show a steady drop in cases since the beginning of May: 81 confirmed new cases on May 17, a huge drop from the almost 700 new cases reported a week before. State public health officials caution that while the reported cases fluctuate, weekly averages are steadily falling.