Health is the top issue for a majority of voters this year, similar to the 2018 midterm elections, according to a poll released Wednesday by the Bipartisan Policy Center.

Health care ranked above the economy, immigration, taxes, and gun control for voters nationally, according to the poll. It was the most-important issue for both Democrats and independent voters and No. 3 for Republicans.

“It is clear health care will be a defining issue in the 2020 election,” Caroline Bye, managing director for Morning Consult, which conducted the poll, said. 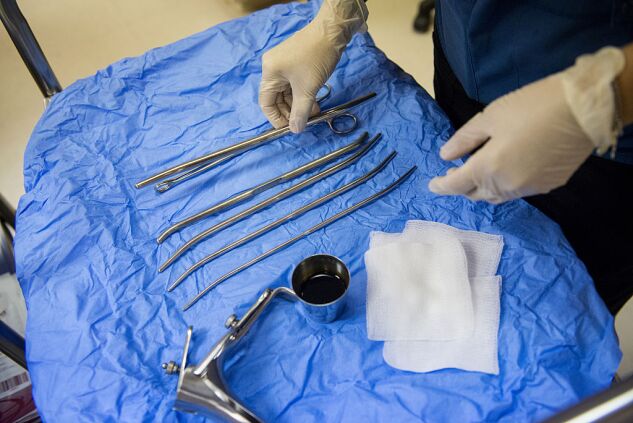 A medical assistant arranges tools for a procedure at the Whole Woman’s Health abortion clinic in San Antonio, Tex.
Photo by Matthew Busch/Bloomberg via Getty Images

Concerns about the cost of health care, the opioids epidemic, and rising suicide rates will likely be a bigger factor in congressional races in 2020 than the presidential race, Mollyann Brodie, who runs the public opinion arm of the Kaiser Family Foundation, told reporters.

While the poll showed Americans still want policy makers to address health care concerns, there’s still a wide gulf between Democrats and Republicans on many key issues. That could make it difficult for either party to capitalize on the trend ahead of the election.

Democrats have widely been pointing to a lawsuit filed by a slate of Republican state attorneys general and supported by the Trump administration to overturn the Affordable Care Act as a reason voters should favor them.

Republicans, in turn, have attacked proposals from some Democrats to move the U.S. to a single-payer, “Medicare-for-All” health system.

Improving the current health-care system received the most support among voters, far more than repealing Obamacare or adopting ‘Medicare-for-All,” according to the poll. That’s seen as the “most middle ground” issue in health care, Bye said.

With Republicans in control of the White House and Senate, broader changes have little chance of moving before the election. That could be why House Democrats have been quick to tout their push to bolster the the Affordable Care Act’s individual health insurance markets and take on drug-pricing costs.

“They’re still worried about health care but aren’t sure of the pathway to get where they might like,” said Joanne Conroy, president of Dartmouth-Hitchcock Health in New Hampshire.

Republicans polled also favored requiring Medicaid recipients to work as a condition of receiving services, while Democrats opposed it.

Cost and quality of care, though does cross party lines, the poll showed.

To contact the editors responsible for this story: at lduggan@bgov.com; at phendrie@bgov.com