Consistency is the name of the game for health-care industry transactions in 2019 so far.

January started with an explosive 111 deals announced and/or closed, but activity has leveled off in the following months. There were 83 deals announced or closed in April, as opposed to 85 each in February and March, according to a list compiled for Bloomberg Law by investment bankers ECG Management Consultants and Provident Healthcare Partners LLC. 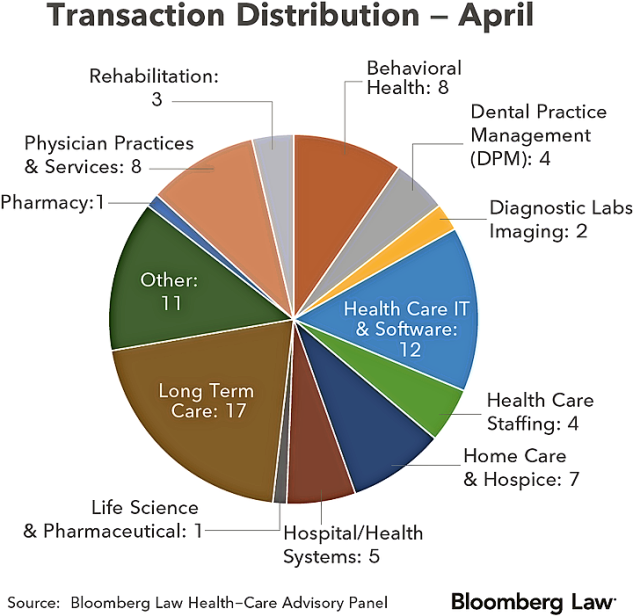 And the second half of the year should be stronger than the first half, Herschman predicted.

The hospital and health system sector could be the exception, Hector M. Torres told Bloomberg Law. 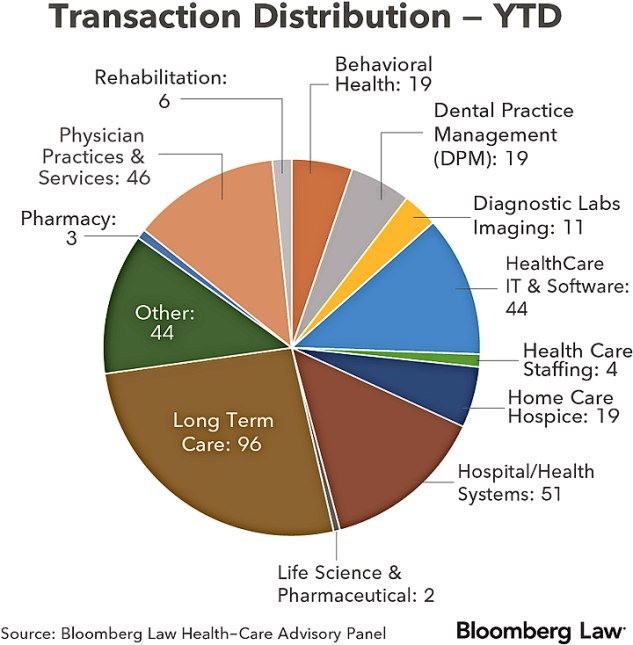 Health Quest and Western Connecticut Health Network completed their merger, creating a seven-hospital network in New York and Connecticut to be known as Nuvance Health.

And Atrium Health is exploring a merger with Wake Forest Baptist Health, a regional health-care system based in Winston-Salem, N.C., Newman said. The deal would combine 49 hospitals and create a new facility in Charlotte, N.C., he said.

The long-term care sector remains the leader of the pack as far as deal volume goes.

That trend will continue throughout 2019 and beyond, as baby boomers age and the demand rises for both facilities-based and in-home-based care, Herschman said. 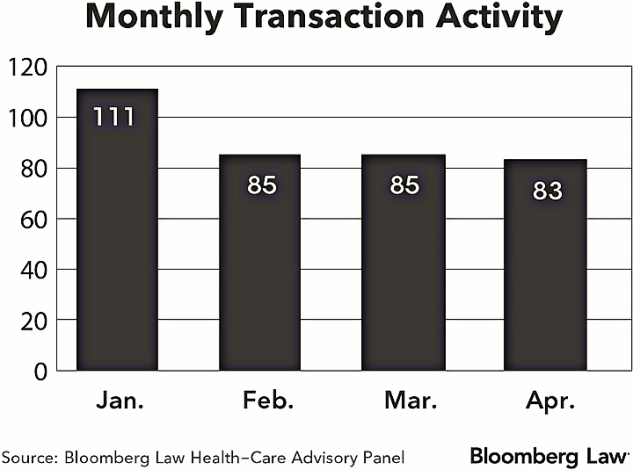 That’s expected to continue throughout 2019, as an increased appreciation and understanding of behavioral health issues, a growing patient population, and a favorable reimbursement environment are pushing mergers and acquisitions in this sector, he said.