The guardians of the global economy came up short.

Facing what the says is a crisis like no other, policy makers from leading economies agreed this past week on a set of initiatives to help emerging markets and poor nations weather the , including a path-breaking halt on debt payments.

But critics faulted the Group of 20 for failing to adopt for the rest of the world the all-out approach they’ve embraced to help their own countries.

“I had modest expectations, which they significantly disappointed,” former U.S. Treasury Secretary said. “It’s whatever it takes for us and crumbs off the table for the world.”

There’s a lot at stake. A timid G-20 response risks consigning the world to what former IMF Chief Economist calls “reservoirs of disease” and hindering a full-fledged global economic recovery -- for wealthy nations and those less well off -- from the deepest downturn since the Great Depression. 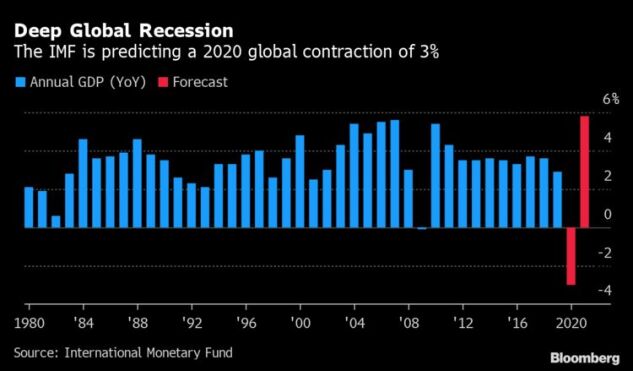 More than 100 of the IMF’s 189 member countries have asked for aid, the most ever. The fund already doubled its available rapid-financing lending to $100 billion to meet the demand, but the IMF says emerging markets need to spend at least $2.5 trillion. Their own resources won’t fully cover this, so they will need significant help.

It’s not that the IMF and spring meetings that finished on Friday achieved nothing. Besides the G-20 agreement to grant temporary debt relief to the world’s poorest countries -- which included China as a creditor for the first time -- the fund also expanded access to emergency resources and set up a new short-term liquidity line to ease access to dollars.

The World Bank, for its part, aims “to deploy as much as $160 billion over the next 15 months” to help developing nations cope with the health and economic emergency, President told reporters on Friday.

One big piece missing from the initiatives adopted at the online meetings, according to some analysts: a fresh IMF issue of Special Drawing Rights -- its reserve assets, a bazooka to boost global liquidity.

The IMF last did this in 2009, when it issued $250 billion to ease a cash crunch during the financial crisis. The move has the backing of fund management and some European nations, but it requires 85% of the votes on the IMF’s 24-member executive board, and a proposed $500 billion SDR allocation was blocked by the IMF’s biggest shareholder: the U.S. 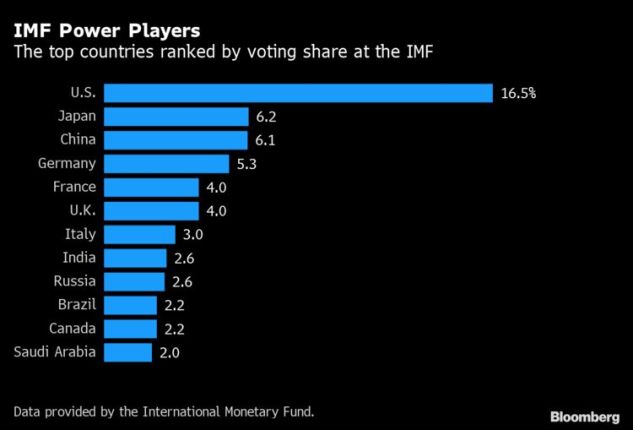 U.S. Treasury Secretary said the Trump administration opposed the plan because the reserves are allotted to countries in proportion to their IMF voting share. This means 70% would go to G-20 countries that don’t need the help and just 3% to the poorest developing nations.

The IMF now is looking at ways to move reserves from rich countries that got them in previous issues to the poor countries. One possibility is for the rich nations to donate reserves to the Poverty Reduction and Growth Trust, an interest-free account to help the poorest nations.

‘Not a Normal Time’

The U.S. favors grants over the creation of new SDRs, but , president of the Peterson Institute for International Economics, says grants and an SDR issue aren’t mutually exclusive. “This is not a normal time,” the former Bank of England policy maker said. “The odds of us somehow overdoing it by doing both grants and SDRs are nonexistent.”

He also criticized the G-20 for not specifically pledging to avoid restrictions on trade in medical equipment and critical food supplies. That again is in contrast to 2009, when major nations agreed to eschew the sort of protectionist steps that aggravated the Great Depression, most prominently the Smoot-Hawley Tariff legislation in the U.S.

“The movement of nations to close their borders and hold their products within represents the closest brush with the kind of nationalist philosophy that animated the Smoot-Hawley trade death spiral that we’ve seen since the Second World War,” said Summers, a Harvard University professor and a paid contributor to Bloomberg News.

Former U.S. Treasury official said low-income and emerging- market economies probably face a much bigger shock than they did in 2008-09, yet so far the response from international policy makers has been more modest.

It isn’t only what the G-20 has failed to do. Critics contend that some of the steps it did take fell short. The debt-payment suspension for the world’s poorest nations lasts only through the end of the year, although the G-20 said it is open to extending it.

The moratorium covers governmental credit amounting to some $20 billion in relief, according to Saudi Arabia Finance Minister and G-20 Chairman . It does not include loans by the World Bank and other multilateral development institutions or financing from the private sector.

The estimates the world’s poorest countries have some $140 billion in general government debt-service obligations due through the end of the year, including $10 billion in foreign currency. That calculation includes all kinds of debt: to private and public creditors, domestic and foreign, short term and long term.

The institute -- a global trade association that counts the world’s biggest banks and financial institutions as members -- has said it is willing to join a temporary debt-payment suspension for poor nations. The trouble is that a lot of private creditors lie outside its ambit.

“I would have liked to have seen more leadership from the G-20 in organizing the process” for private-creditor debt relief, said Obstfeld, who is now a professor at the University of California at Berkeley, even as he called what the group did do a “very promising first step.”

Obstfeld said the debt standstill should be extended beyond the end of 2020 and broadened to include other better-off, but highly indebted, countries that might benefit. The World Bank Development Committee encouraged the bank and the IMF to look at ways to ease fiscal stress for middle-income countries on a case-by-case basis.

Looking further ahead, Summers said the approach the U.S. takes during the crisis could have “huge ramifications” for the philosophical contest going on between Western liberalism and Asian authoritarianism.

With China providing assistance throughout the world, “global stinginess on the part of the U.S. and the institutions it created may be long remembered,” he said, though he added that Beijing’s support may end up being seen as “self-serving and not very effective.”

“There are very high stakes,” confronting the G-20, Posen said. “If they could just get their act together, there are attainable goals that would make a material difference to how many lives are lost and how fast we recover.”