Ambulance companies, losing money as patients increasingly refuse to be taken to hospitals during the coronavirus pandemic, want Congress to help them get reimbursed as emergency responders in the field.

Emergency crews are finding people wary of hospitals out of fear of contracting Covid-19 there, ambulance groups say. As a result, many are being asked to treat people on the spot for minor injuries or simple cases such as dehydration, something the companies are rarely paid for.

“The driving force is being scared of being around people who have Covid,” Hanan Cohen, director of corporate development at Empress EMS of New York, said. Cohen said his company recently treated more than 1,200 people “in place,” or where they were called to assist, compared with about 100 in most normal months.

Some of these treatments are costly to ambulance companies, which provide overdose-reversing drugs such as Naloxone and fluids to diabetics, Cohen said. His company has lost about $700,000 treating people who refuse to go to the hospital in recent month, he said.

New York in February required ambulance companies to offer treat-in-place instead of hospitalization. Some cities, among them Los Angeles, pay fire departments to offer the service.

The largest U.S., air ambulance provider, American Medical Response, Inc., is owned by the private equity firm Most of the companies are regional and privately held, like Acadian Ambulance located in Louisiana. 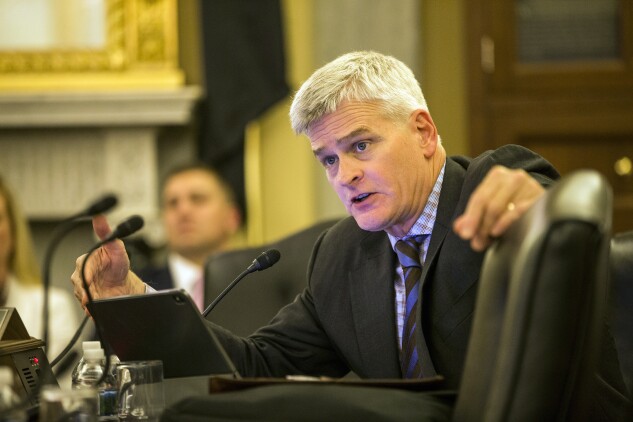 The trend is putting ambulance companies into a financial bind, industry groups say.

Lawmakers are starting to take notice: Sen. (R-La.) has been discussing with Senate Finance Committee Chairman (R-Iowa) how Medicare can reimburse ambulance services for “treat in place” services, a Cassidy spokesman confirmed in an emailed response to a question.

Making the change would mark another significant Medicare shift in response to the Covid-19 pandemic. Already there’s been temporary shifts in Medicare rules to expand the use of telehealth technologies and the growth of at-home medical testing.

Paying ambulance providers for the service could reduce hospitalizations and be cheaper than sending people to a doctor, the American Ambulance Association argued in a recent letter to the White House.

The Centers for Medicare & Medicaid Services was set to launch a pilot program this year to give ambulance providers the options to get paid by public insurance programs for treatment in place, but the pilot was delayed until the fall because of the spread of Covid-19, according to agency records.

Private insurers vary on how much they’ll pay for treatment in place, according to a government analysisperformed as part of the pilot program. Many, and Medicare, won’t pay unless the patient is taken to a hospital emergency department or another health-care facility for treatment.

If Medicare would pay for treatment-in-place services, Cohen said, private insurers likely would follow. That’s why ambulance groups have been pushing the government and lawmakers to let public programs pay for it.