Director of National Institute of Allergy and Infectious Diseases Anthony Fauci gestures as he waits for the beginning of a hearing at the Dirksen Senate Office Building on Capitol Hill on May 17, 2022, in Washington, D.C.
Photographer: Alex Wong/Getty Images

President Joe Biden’s medical adviser warned that the US should be prepared for “pretty bad flu season” coupled with continued Covid-19 cases this winter when he’ll be stepping down from his post as the nation’s top infectious disease official.

The Southern Hemisphere, which annually sees new strains of flu appear before the North, has already experienced a more severe season than usual, Fauci said Wednesday in an interview, and Americans should get flu shots when they become available.

An early uptick in cases has alarmed Australian public health officials, where the flu season runs from April to September. They expect the season could be similar that of 2019, which saw record-setting levels of infections. That set off warning signals for the US about a potentially severe seasonal influenza this fall and winter, Fauci said. 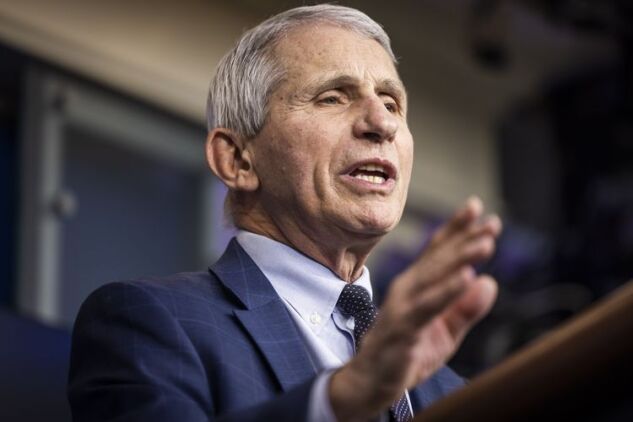 “We should be prepared for that superimposed upon what I hope is the residual and not another spike of Covid,” said Fauci, who’s also director of the National Institute of Allergy and Infectious Diseases. “We better pay attention.”

Fauci spoke with Bloomberg about his expectations for the nation’s continued fight against Covid, flu and other threats with pandemic potential just over a week after he announced plans to step down in December. His departure will end a historic career in which he advised seven presidents over nearly four decades on outbreaks ranging from HIV to Ebola and now monkeypox.

Earlier Wednesday, the US Food and Drug Administration from and the partnership of and that are tailored to the latest omicron variants, a move toward additional protection as concern grows about potential new waves in the fall and winter. The clearance, which was based on animal data rather than human studies, is similar to the process in which flu shots are approved, Fauci said.

“I’m comfortable with that decision,” he said.

He added that the new boosters could help stymie a double-whammy of Covid and flu this winter, while acknowledging concern about low vaccination rates in the US. Looking ahead, Fauci hopes that the US continues to innovate and improve existing vaccines and therapeutics as the virus evolves.

“One of the mistakes we’ve made is that we concentrate on the problem that’s right in front of you, and put of focusing on what might be a problem in the future,” he said.

Fauci helped launch the Antiviral Program for Pandemics last year with the aim of developing and discovering next-generation treatments for Covid and other infectious diseases. He said he sees promise in a Covid therapeutic candidate from Japanese drugmaker Shionogi & Co. and believes that combination therapies will soon be necessary to counter resistance that can occur as the virus learns to evade more drugs.

Fauci said he’s been in touch with drugmaker and its Chief Executive Officer about the need to test combinations of drugs including Paxlovid, the company’s Covid antiviral. These studies could include collaborations with the , he said.

“Sooner or later, you’re going to get resistance to Paxlovid,” he said.

Fauci’s upcoming exit will cover all his government posts, wrapping up an NIH career spanning more than a half century, including 38 years leading NIAID. As infectious diseases chief, he leads the second-largest of the NIH’s 27 institutes and centers, with a $6.3 billion budget.

Even if the pandemic takes a turn for the worse, he’ll go ahead with his plans to step down, he said. Biden has been “extraordinarily supportive” of his decision, Fauci said.

While long one of the most visible US scientists, Covid-19 propelled him into the spotlight, where he became a household name. He’s been both lionized and vilified amid increasingly political divisions over public health measures such as masking.

Despite the divisions and vitriol, “I believe his enduring legacy as a physician-scientist and humanitarian is assured,” , the former longtime NIH director and acting White House science adviser, said in an email. He called Fauci “the most dedicated public servant I have ever known.”

Fauci said he’ll continue his work advancing public health and science outside of the government while mentoring the next generation of scientists, particularly those focused on HIV.

“I’m not going to re-establish my laboratory, but I will be advising from a scientific standpoint because I do have a lot of experience in vaccinology and in HIV,” he said. “I will be making input probably in advisory panels and on boards of scientific councils and things like that to go for a vaccine.”

To contact the reporters on this story:
in New York at rgriffin42@bloomberg.net;
in Arlington at jbaumann27@bloomberg.net