, the top US infectious disease expert who rocketed to unexpected fame during the pandemic, will step down at the end of the year.

Fauci, ’s chief medical adviser, will wrap up a storied career in which he advised seven presidents. Instead of retiring, he’s leaving his government posts to “pursue the next chapter of my career,” Fauci, 81, said in a released Monday by the National Institute of Allergy and Infectious Diseases, a branch of the National Institutes of Health. 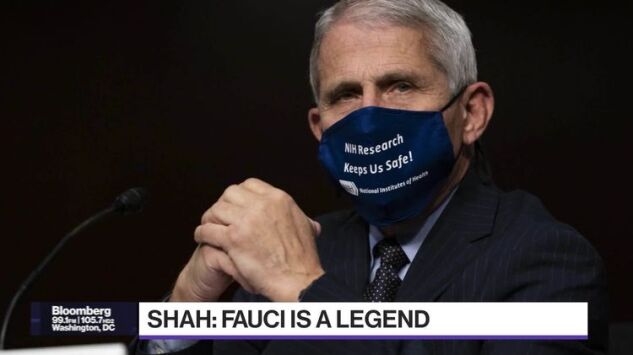 WATCH: Dr. Fauci will step down at the end of this year.
Source: Bloomberg

Fauci has served as the director of NIAID since 1984, overseeing a $6.3 billion institute that’s only second in size to the cancer institute. It has an extensive research portfolio spanning infectious diseases such as HIV, tuberculosis, malaria, Ebola and Zika. He first joined the agency in 1968 as a clinical associate.

Fauci said he plans to use what he learned as NIAID director “to continue to advance science and public health and to inspire and mentor the next generation of scientific leaders as they help prepare the world to face future infectious disease threats.” The NIH did not name a successor.

In addition to leaving the top post at NIAID, he will also step down as chief of NIAID’s immunoregulation lab and leave his post as Biden’s adviser.

His announcement comes a little less than a year after , who oversaw Fauci, announced his retirement as director of the NIH. Collins is temporarily serving as Biden’s acting chief science adviser until his successor ’s nomination to run the White House Office of Science and Technology Policy clears Senate confirmation.

Biden said in a statement that Fauci’s “commitment to the work is unwavering, and he does it with an unparalleled spirit, energy and scientific integrity.”

“The American people and the entire world will continue to benefit from Dr. Fauci’s expertise in whatever he does next,” Biden said.

Fauci, who pivoted his career in the 1980s to HIV research, was one of the architects of the US President’s Emergency Plan for AIDS Relief. Since PEPFAR’s inception in 2003, the US government has invested over $100 billion in the global HIV/AIDS response, saving over 20 million lives, according to the PEPFAR website.

During the HIV crisis, Fauci was perhaps best known for interacting with demonstrators who were frustrated that they couldn’t access medications under what was a much more rigid, bureaucratic drug development structure that didn’t allow for access to experimental drugs outside of a clinical trial.

While he was well-known throughout the research community, Fauci became a household name during Covid-19 with his frequent media appearances and ability to explain the science in plain English. But someone who used to receive bipartisan support in Capitol Hill became entangled in the politicization of the pandemic, facing opposition from Senator Rand Paul, a Republican for Kentucky, and some of former administration’s inner circles.

Fauci’s departure leaves a major hole in the president’s team of scientific advisers as the nation continues to grapple with Covid-19 on top the growing monkeypox outbreak. He has advised presidents on every major infectious disease outbreak since the HIV crisis, including Ebola and Zika.

Politico reported that Fauci planned to retire by the end of Biden’s current term.

(Updates with additional details throughout)

To contact the reporters on this story:
in Arlington at jbaumann27@bloomberg.net;
in New York at rgriffin42@bloomberg.net