Top U.S. health officials, including Anthony Fauci, are scheduled to testify at a Senate committee hearing on May 12, 2020.
Photographer: Oliver Contreras/SIPA/Bloomberg

Fauci told the Senate Health Committee Tuesday that he’s concerned about cities and states reopening without reaching “checkpoints” outlined by the administration in guidelines to help them decide when it’s safe. 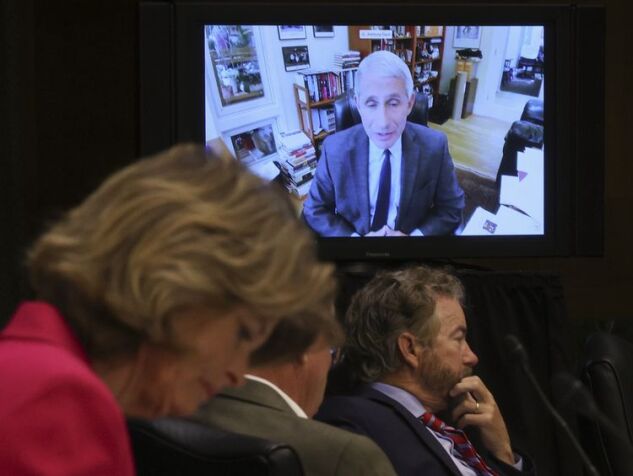 “I feel if that occurs, there is a real risk that you will trigger an outbreak that you might not be able to control,” Fauci said. “In fact, paradoxically it will set you back -- not only leading to some suffering and death that could be avoided but it could even set you back on the road on trying to get economic recovery. That would turn the clock back rather than going forward.”

Fauci’s call for caution puts him in conflict with President ‘s race to reopen the country for business and ease restrictions that have crushed the economy.

The checkpoints that Fauci cited call for a succession of steps toward gradual reopening, including a “downward trajectory” of documented cases or positive coronavirus tests “within a 14-day period.”

The panel’s Republican chairman, Senator , opened the hearing -- with lawmakers and witnesses appearing largely by video from their homes or offices for the 3 1/2 hours of questioning -- by reaffirming his view that the administration’s efforts to increase testing capacity are “impressive but not nearly enough.”

“Before we spend too much time finger-pointing, I would like to suggest that almost all of us -— the United States and almost every country as far I could tell —- underestimated this virus,” he said. “Underestimated how contagious it would be. How it can travel silently without causing symptoms. How it can be especially deadly for certain segments of our population.”

But Senator , the panel’s ranking Democrat, said “the Trump administration’s response to this public health emergency so far has been a disaster all on its own.”

“Delays, missteps have put us way behind where we need to be on diagnostic tests and allowed inaccurate antibody tests to come to market,” said Murray, whose home state of Washington was the first in the U.S. to be hit with a wave of coronavirus cases. “Corruption and political interference have impeded efforts to secure desperately needed personal protective equipment and promoted dangerous, unproven treatments.”

Amid the sharpest downturn in U.S. history, Trump has been pressing to begin relaxing the lockdowns that have shuttered businesses despite warnings from some public health experts that doing so too quickly risks a further spread of the virus. 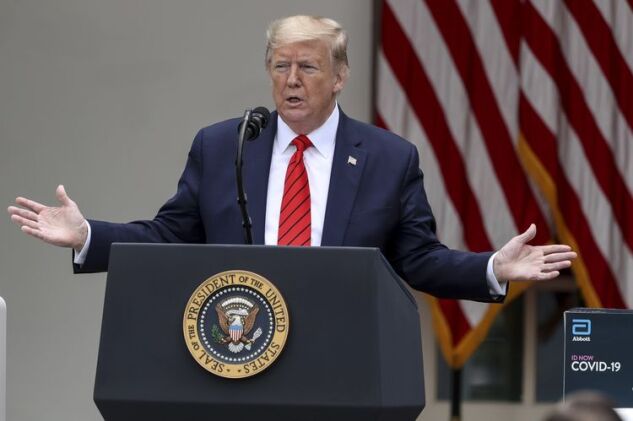 Donald Trump speaks during a press briefing on Monday, May 11.
Photographer: Oliver Contreras/Sipa/Bloomberg

“I want it to reopen safely, but I want it to reopen,” Trump said at a White House news conference Monday, where he and other administration officials insisted there’s enough testing available to support initial efforts to reopen the country.

The circumstances of the Health Committee hearing, which include Fauci as well as , director of the Centers for Disease Control and Prevention, accentuated the difficulty the U.S. faces as states move to let businesses reopen and encourage consumers to go out and spend.

Plans for the hearing took an abrupt twist on Sunday when Fauci, Redfield and a third witness -- Food and Drug Administration Commissioner -- all said they had come into contact with a member of the White House staff who tested positive for the coronavirus and were in full or partial quarantine. 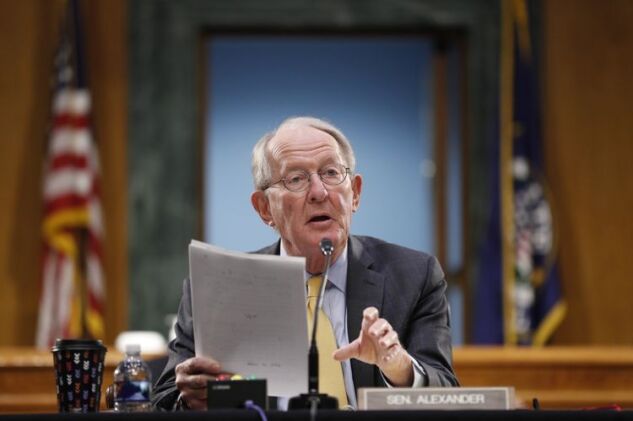 Alexander, the chairman, led the hearing from his home in Tennessee, as he’s also in self quarantine “out of an abundance of caution” after one of his aides tested positive for COVID-19 on Sunday, according to a statement from his office.

Under questioning by Republican Senator of Georgia, all of the witnesses denied what she portrayed as inaccurate media reports that they had strained dealings with Trump. “There is certainly not a confrontational relationship between me and the president,” Fauci said.

Giroir testified that states and territories aim to do 12.9 million tests over the next four weeks. That compares with about 9.4 million tests that the U.S. has done to date.

Senator of Vermont, who sought the Democratic presidential nomination this year, said Trump “downplayed” the risks of the pandemic and has retaliated against officials who spoke out. 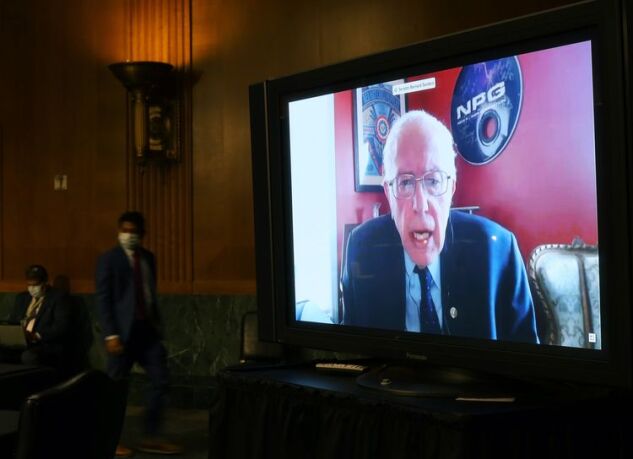 Asked by Sanders if Fauci agrees with official estimates that about 80,000 Americans have died, he said “most of us feel the number of deaths is likely higher,” adding “almost certainly it’s higher.”

Fauci also said a renewed outbreak in the fall is possible “even if we get better control” over the pandemic.

But Republican Senator of Kentucky, who tested positive for coronavirus earlier in the pandemic, said that “if we keep kids out of school for another season” poor children will go another year without learning.

“I think we better be careful” not to be “cavalier in thinking that children are completely immune to the deterious effects” of the virus, Fauci responded.

In one of the sharper exchanges in the hearing, Paul said Fauci shouldn’t be thought of as “the end-all” on the coronavirus issue and called for a faster reopening of the economy. Paul said the virus had been “relatively benign” in much of the country.

Fauci, who asked to be allowed to respond, said his advice was based on “the best scientific evidence” available.

“I have never made myself out to be the end all and only voice in this,” Fauci said.

The government scientist also said the U.S. should be careful because much was still being learned about the virus - including the “strange inflammatory syndrome” observed in some children.

Trump had blocked Fauci from testifying to a House panel on the coronavirus, saying that chamber is controlled by Democrats and “they put every Trump hater on the committee.”

Senator , a Connecticut Democrat, said guidelines provided by the administration were “criminally vague” and pressed Redfield for the release of more specific guidance that was developed by his agency but subsequently shelved by the White House.

“States are reopening right now, and we need this additional guidance to make those decisions,” Murphy said. Redfield said the information will be posted “soon” on the CDC’s website.

The White House has had its own brush with the spread of the virus in unexpected places. Trump said Monday he demanded that everyone entering the West Wing wear a face mask after a White House valet and Vice President ’s press secretary tested positive for coronavirus infection.

(Updates in 16th paragraph with officials commenting on relationship with Trump)