The potential for Merck & Co’s Covid-19 pill to stave off severe disease could be thwarted by prescription requirements that will make access more difficult for some of the hardest-hit Americans, health researchers say.

The drug gained a key recommendation from the Food and Drug Administration’s advisory committee in a 13-10 vote. Merck’s antiviral drug molnupiravir—if authorized by the agency—would offer for the first time in the U.S. an at-home treatment option for patients with mild to moderate Covid-19 who are at risk of severe disease. The company says it expects its pill to work against the new omicron variant.

Molnupiravir, like all existing Covid-19 treatments, likely will only be available with a prescription. But that could pose a challenge for minority groups that disproportionately experience language, transportation, and other barriers that limit easy access to primary care providers.

Existing safety and efficacy data on molnupiravir didn’t take “into consideration the minority population that may not have full access to a primary care physician in order to receive a prescription in order to take the drug, aside from going to an emergency room,” Roblena Walker, a member of the FDA Antimicrobial Drugs Advisory Committee, said at the Nov. 30 meeting after the vote.

The concerns further highlight health disparities that the pandemic brought to the forefront.

“We’ve already seen the outcomes over the last 21, 22 months, where you have disproportionate effects of the disease in low-income, minority populations that do not have access to usual sources of care and are suffering from comorbidities,” said Esther Krofah, executive director of FasterCures and the Center for Public Health at the Milken Institute.

Patients would need to start molnupiravir within a five-day window of experiencing symptoms, so obstacles or delays to access could undermine the drug’s benefits. The lack of data on the treatment’s efficacy beyond unvaccinated individuals has also sparked questions over whether those with breakthrough infections and people with underlying conditions would see significant improvements in their health.

The federal government will ultimately “determine how molnupiravir will be made available in the U.S.,” a Merck spokesperson said in a statement. They added that “information regarding how molnupiravir may be obtained will be available upon regulatory authorization.”

It is now up to the FDA to decide if it will issue an emergency use authorization for the pill. The agency is not required to follow the recommendations of the advisory committee, though it usually does.

Easy access to primary care services, economic stability, and other social factors can play a role in the rate of Covid-19 infection and the severity of illness among communities of color, policy analysts say. U.S. life expectancy dropped an average of 1.5 years during the pandemic but for Black Americans, it was 2.9 years—widening an existing gap between Black and White Americans.

People in the U.S. who are Black, Asian, or Native American are typically less likely to have a usual primary care provider, according to a 2019 annual health disparities report from the Agency for Healthcare Research and Quality. Data from the report also showed that lacking health insurance makes people more likely to not visit a physician regularly.

All existing Covid-19 interventions, except for vaccines, need prescriptions before being administered, Diana Zuckerman, founder and president of the National Center for Health Research, noted.

“There’s every reason for this treatment to require prescription,” Zuckerman said. She noted the modest benefit molnupiravir showed in existing trial data—it reduces the relative risk of hospitalization or death among adults with mild to moderate disease by 30%—and the concerns that remain, including whether the antiviral pill could lead to additional mutations of Covid-19.

Krofah said the issue of access won’t be unique to Merck.

“What we should applaud is that Merck invested in the R&D needed to create yet another option for Covid-19 therapeutic. That’s fantastic,” she said. “The issues that we’re going to run into are just intrinsic issues in terms of how do individuals access medications, how do they access prescriptions?”

The availability of an oral drug to treat Covid-19 will be a game changer, but the implementation could be tricky, Carlos del Rio, a distinguished professor of infectious disease at Emory University, said.

“Frequently what we know is people get tested much later, and they come to care much later,” del Rio said during a Thursday press briefing by the Infectious Diseases Society of America. “How do we get people diagnosed and treated right away without having to wait for an appointment or come to an urgent care center or to an emergency room? That’s going to be the challenge for those of us in practice.” 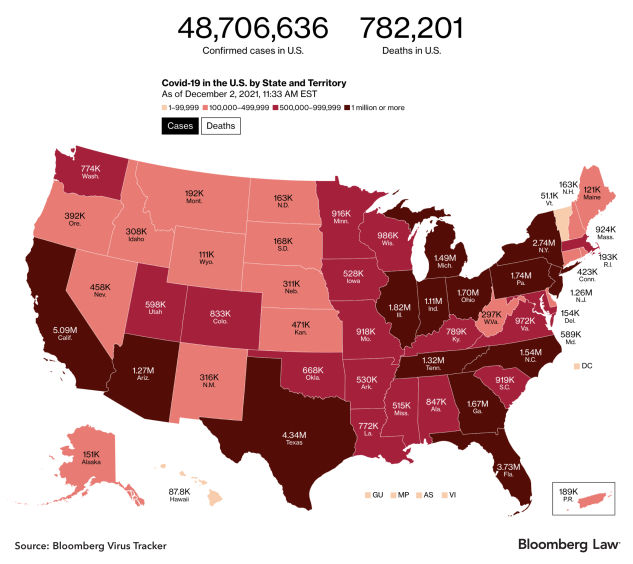 Monoclonal antibodies, such as the ones from and target the same patient population as molnupiravir, but they’re more expensive and must be administered in infusion centers.

The federal government should help make sure that cost doesn’t also present a barrier to Merck’s at-home treatment, Zuckerman said.

“If a decision is made to make this drug available, it should be available for free,” Zuckerman said. She added that community clinics “should have Covid testing there, and they should have access to this drug there in order to make it available to everybody who needs it.”

Zuckerman added that federal authorities’ goal for reducing drug access disparities should be to limit the costs patients, especially those without health insurance, would have to pay for the drug.

The federal government ordered about 3.1 million courses of molnupiravir to be made available to patients, with an option in its contract to purchase more than 2 million additional courses.

Another obstacle to access is the limited research done on the drug’s impact on people with underlying conditions or other factors that may put them at greater risk for infection and serious illness from Covid-19.

Heart disease, a chronic illness, or some other condition that weakens a person’s immune system makes them more vulnerable to severe Covid-19 illness, according to the Centers for Disease Control and Prevention. FDA committee members, including those who voted in favor of recommending the Merck pill, addressed the need for more specific data to determine if molnupiravir could benefit these at-risk groups.

“There needs to be studies in vaccinated individuals, studies in those with prior infection, studies in immunocompromised, particularly to understand safety,” Antimicrobial Drugs Advisory Committee chair Lindsey Baden said Nov. 30.

Given the Merck trial’s focus on unvaccinated individuals, the federal government could ultimately decide to restrict treatment access to those who are at higher risk and who have not gotten a Covid-19 shot— a move Zuckerman said could spark “tremendous political backlash.”

“People at high risk who are unvaccinated are unvaccinated, for the most part, because they didn’t want to get vaccinated,” she said. She added that making the drug available only for this population could prompt criticism because “nobody wants to encourage people to be not vaccinated.”

While an antiviral Covid-19 drug may not bring substantial benefits for all Americans, Zuckerman said getting tested for free at community clinics and getting vaccinated are among the other options available to stay protected against Covid-19 for those who are uninsured and without a primary care provider.

“The bottom line is for people without insurance, getting vaccinated is, by far, the best thing they can do,” she said.