In June 2019, Dr. Lorna Breen co-authored a research article that found emergency room providers could reduce the “alarming prevalence of clinician burnout” by working in “paired teams” of caregivers.

“Burnout is characterized by emotional exhaustion, physical fatigue, and cognitive weariness, which may lead to feelings of depersonalization and reduced accomplishment,” Breen and her colleagues wrote in the American Journal of Emergency Medicine.

Ten months later, in April 2020, Breen committed suicide after treating scores of dying Covid-19 patients, contracting the virus herself, and being consumed by feelings of helplessness and despair.

And her story is not unique. Even before the pandemic struck, doctors had the highest suicide rate of all professions. “Female doctors have higher rates than men,” research has shown.

Yet many physicians and health-care workers won’t seek counseling or other behavioral health services, fearing it could jeopardize their medical license or impede their careers.

Lawmakers and advocates are hoping Breen’s death could help change that.

After more than a year of helping their patients battle Covid-19, “it is more important than ever that we address the trauma our health-care workers have been through and make sure they, too, are getting the care they need,” said Senate Health, Education, Labor and Pensions Committee Chair (D-Wash.) after the legislation passed out of committee May 25. Companion legislation in the House, H.R. 1667, introduced by Rep. (D-Pa.), is before the House Energy and Commerce Committee.

The legislation, which has strong bipartisan support, also calls for a national study on the causes of suicide, stress, and burnout among caregivers.

Dr. Yomna Nassef, an emergency room physician in New York City, has her own theory on what’s fueling the problem.

“A lot of us have realized there must be something deeply rooted within medicine, and the house of medicine, that leads doctors to really put up a front sometimes,” said Nassef, who did her four-year medical residency with Breen as her attending physician.

“We see a lot of traumatic things. We see death all the time but, right as soon as we leave the [emergency] room, we’re expected to just see the next patient and there’s no time to process any of the trauma or anything that we just experienced,” she said. “I think with Dr. Breen, and with any other physician who has committed suicide, I think that’s a huge root of the problem.”

Dr. Mara Windsor, an emergency room physician in Phoenix, said the pressure to persevere, to work when sick, to never take “mental health days” led her to continue making her hospital rounds as she began to miscarry early in her third pregnancy some nine years ago. 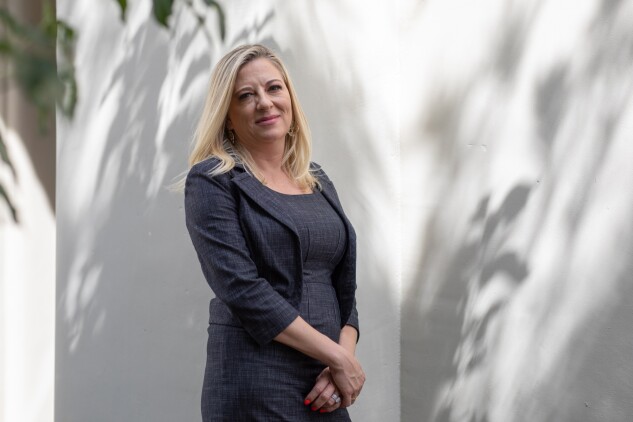 “I just had sudden onset of horrible abdominal pain and I was bending over and having a hard time walking,” she recalled. “It was bad. I had to sit down in the rooms when I was with the patients. And I made it through my shift and went to see my OB/GYN the next day.”

An ultrasound confirmed the miscarriage and bleeding in her pelvis.

“Being a female physician, we sometimes feel that we have to work harder and do more and put in more effort. It’s a stupid mentality that we were trained in that we think we need to do these things. So yes, I could have called a doctor in and I could have said ‘I’m going home.’ But the fact is, interpersonally, I felt pressured to not do that, and to continue my shift and keep going.”

Seeking professional help for burnout, depression, substance abuse or other mental health issues carries a risk for doctors. A recent study found that doctors suffering from physical and emotional burnout are more vulnerable to errors, which raises concerns about patient safety.

As a result, most state licensing applications “ask broad questions about mental health history or its hypothetical effect on competency, even though asking violates the Americans With Disabilities Act,” according to a recent study in JAMA Network.

These disclosures can result in censure, job loss, and carry a professional stigma that discourages doctors from seeking help. Windsor, who serves as chief wellness officer for her physician group, has seen this firsthand.

“When I was trying to meet with our physicians individually and have these conversations with them, it is really hard to get them to talk about it,” Windsor said. “Very challenging, because they get fearful that they would get fired, or labeled as weak and ‘can’t handle it.’”

“There is that fear. I mean most of us would rather die than go and get help. That’s the culture of medicine that has always been there and it’s very toxic, and it’s very shameful,” she said.

In 2018, a Federation of State Medical Boards workgroup recommended that state boards should reconsider the necessity of mental health disclosures and suggested the information could be obtained without discouraging treatment. Adoption of the recommendations has been spotty, at best.

The tendency to suppress mental health struggles and not seek help only adds to the stress brought on by the pandemic. Covid-related stress carried over to providers’ private home lives, as well.

Weeks before the pandemic began its death march through New York in early 2020, Nassef and her husband, Dr. Evan Ou, gave birth to their son, Dean. While Nassef was on maternity leave, Ou, also an ER doctor, continued to treat Covid patients.

With no child care or family members to help with the new child, Nassef and Ou lived in constant fear that he would contract the virus at work and infect or cause the death of his wife or newborn son.

“What was supposed to be a very happy time became the most stressful times in our lives,” Nassef said. “I thought one of us was going to lose our lives to Covid and our child was not going to have one or both of his parents. It was an insane time.” 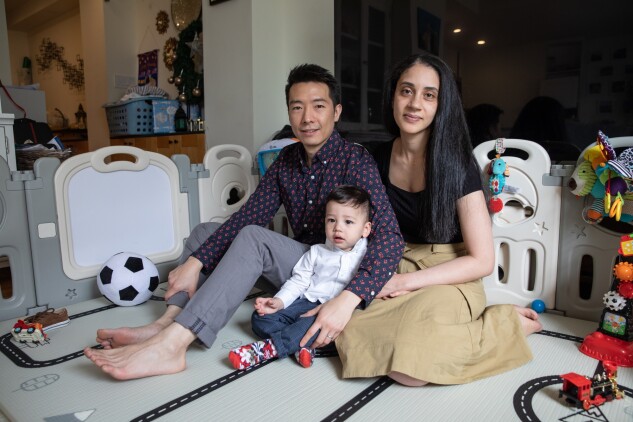 Instead of Ou self-isolating at home after working among Covid patients, he and Nassef decided they both needed each other to survive.

“I needed him to be supportive for me and he needed me to support him as well through the trauma that he was seeing,” Nassef recalled. “So we made the tough decision to protect him as much as possible at work and then, when he came home, we would all be together as much as we could.”

That choice came with lots of second-guessing, however, and led to “decision fatigue” for the couple.

“It felt like every decision was a huge one and a calculated risk in order to try to maintain our sanity, but also be as careful as we possibly could with a newborn,” Nassef said.

At nursing homes, where medical staff treat the same residents for months or years at a time, Covid deaths can hit staff harder because patients “are like family to them,” said Chris Laxton, executive director of AMDA—the Society for Post-Acute and Long-Term Care Medicine.

“We’ve seen over and over again, clinical team members dealing with unprocessed grief and trauma. And if you don’t address it in some way, it just eats away at you and causes people to make bad choices and end up in a very bad place,” said Laxton, whose group represents nursing home medical directors. “There have been a number of people who have left simply because it’s too much, emotionally, to bear,” Laxton said.

“When we went public with Lorna’s death, what we heard was this incredible cry for help from people in the health-care industry who were suffering in silence,” Feist said. “Whether they had formal mental health issues, or they were just burned out, they felt like they had nowhere else to turn and they weren’t getting the support of their organizations.”

Trish Gonzalez, nursing practice representative for National Nurses United in Oakland, Calif., echoed that sentiment. She said the nation’s hospital nurses are in “moral distress” after months of working under “crisis standards” with less time, staffing and resources to do their jobs.

Feist said the same is true for other front-line health-care workers who’ve experienced repetitive workplace trauma due to Covid.

“Instead of giving them a break right now and saying you need to recover, and you need to take time for yourself, because of the economic state that health systems are in right now because of the pandemic, those same workers are now being asked to work double time, Feist said. “They’re going, ‘We have an economic crisis and you’re the solution.’”