Japan’s state of emergency is set to end with new cases of the coronavirus dwindling to mere dozens. It got there despite largely ignoring the default playbook.

No restrictions were placed on residents’ movements, and businesses from restaurants to hairdressers stayed open. No high-tech apps that tracked people’s movements were deployed. The country doesn’t have a center for disease control. And even as nations were exhorted to “test, test, test,” Japan has tested just 0.2% of its population -- one of the lowest rates among developed countries. 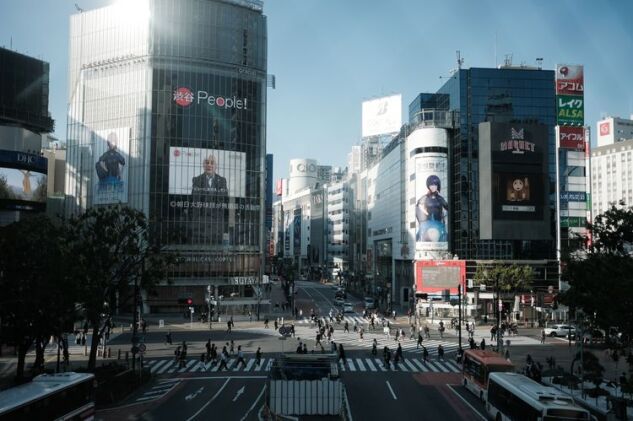 Shibuya’s Scramble Crossing during the state of emergency on April 25.
Photographer: Soichiro Koriyama/Bloomberg

Yet the curve has been flattened, with deaths well below 1,000, by far the fewest among the Group of Seven developed nations. In Tokyo, its dense center, cases have dropped to single digits on most days. While the possibility of a more severe second wave of infection is ever-present, Japan has entered and is set to leave its emergency in just weeks, with the status lifted already for most of the country and Tokyo and the remaining four other regions

Analyzing just how Japan defied the odds and contained the virus while disregarding the playbook used by other successful countries has become a national conversation. Only one thing is agreed upon: that there was no silver bullet, no one factor that made the difference.

“Just by looking at death numbers, you can say Japan was successful,” said Mikihito Tanaka, a professor at Waseda University specializing in science communication, and a member of a public advisory group of experts on the virus. “But even experts don’t know the reason.” 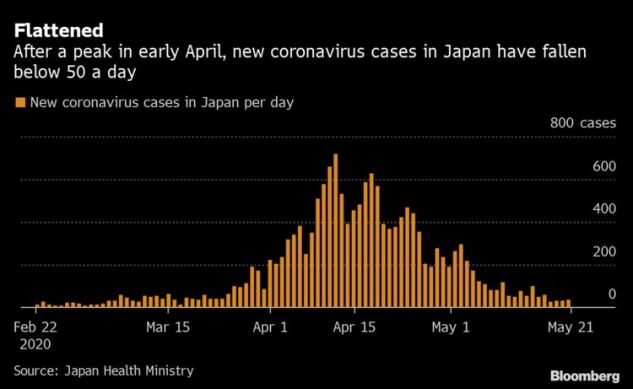 One widely shared list assembled 43 possible reasons cited in media reports, ranging from a culture of mask-wearing and a famously low obesity rate to the relatively early decision to close schools. Among the more fanciful suggestions include a claim Japanese speakers emit fewer potentially virus-laden droplets when talking compared to other languages.

Experts consulted by Bloomberg News also suggested a myriad of factors that contributed to the outcome, and none could point to a singular policy package that could be replicated in other countries.

Nonetheless, these measures still offer long-term lessons for countries in the middle of pandemic that may yet last for years.

An early grassroots response to rising infections was crucial. While the central government has been criticized for its slow policy steps, experts praise the role of Japan’s contact tracers, which swung into action after the first infections were found in January. The fast response was enabled by one of Japan’s inbuilt advantages -- its public health centers, which in 2018 employed more than half of 50,000 public health nurses who are experienced in infection tracing. In normal times, these nurses would be tracking down more common infections such as influenza and tuberculosis.

“It’s very analog -- it’s not an app-based system like Singapore,” said Kazuto Suzuki, a professor of public policy at Hokkaido University who has written about Japan’s response. “But nevertheless, it has been very useful.”

While countries such as the U.S. and the U.K. are just beginning to hire and train contact tracers as they attempt to reopen their economies, Japan has been tracking the movement of the disease since the first handful of cases were found. These local experts focused on tackling so-called clusters, or groups of infections from a single location such as clubs or hospitals, to contain cases before they got out of control.

“Many people say we don’t have a Centers for Disease Control in Japan,” said Yoko Tsukamoto, a professor of infection control at the Health Sciences University of Hokkaido, citing a frequently held complaint about Japan’s infection management. “But the public health center is a kind of local CDC.” 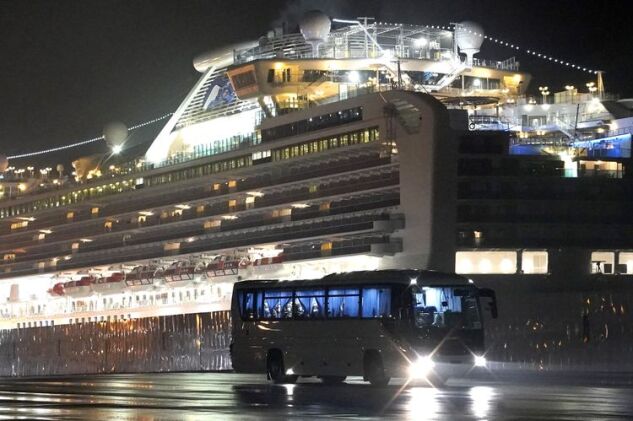 The early response was also boosted by an unlikely happening. Japan’s battle with the virus first came to mainstream international attention with its much-criticized response to the Diamond Princess cruise ship in February that led to hundreds of infections. Still, the experience of the ship is credited with providing Japanese experts with invaluable data early in the crisis on how the virus spread, as well as catapulting it into the public consciousness.

Other countries still saw the virus as someone else’s problem, said Tanaka. But in Japan, the international scrutiny over the infections onboard and the pace at which the virus raced throughout the ship raised awareness and recognition that the same can happen across the country, he said. “For Japan, it was like having a burning car right outside your house.”

Although political leadership was criticized as lacking, that allowed doctors and medical experts to come to the fore -- typically seen as a best practice in managing public health emergencies. “You could say that Japan has had an expert-led approach, unlike other countries,” Tanaka said.

Experts are also credited with creating an easy-to-understand message of avoiding what are called the “Three C’s” -- closed spaces, crowded spaces and close-contact settings -- rather than keeping away from others entirely.

“Social distancing may work, but it doesn’t really help to continue normal social life,” said Hokkaido University’s Suzuki. “The ‘Three C’s’ are a much more pragmatic approach and very effective, while having a similar effect.”

Infectious disease experts also pointed to other determinants, with , the deputy head of the expert panel advising the Japanese government and a former chief of the WHO Western Pacific office, citing Japanese people’s health consciousness as possibly the most important factor.

The possibility that the virus strain spreading in Japan may have been , and less dangerous, to that faced by other nations, has also been raised.

Researchers at the Los Alamos National Laboratory in the U.S. studied coronavirus variants in a database and found one strain of the virus spreading through Europe that had several mutations distinguishing it from the Asian version, according to a paper put in early May. Although the study has not been peer-reviewed and drawn some criticism, the findings point to a need to more thoroughly study how the virus changes.

Large questions still remain over the true extent of the pathogen’s spread. In April, a Tokyo hospital conducted tests on a handful of non-Covid patients and found that around 7% had the coronavirus, showing the danger of missing asymptomatic or mild carriers that can become the source of an outbreak. An antibody test on 500 people in the capital suggested the true outbreak could be nearly 20 times larger than figures have shown. Analog contact tracing breaks down when infection numbers are high, and reports of people unable to get tested or even medical treatment for Covid-like symptoms peppered social media during the height of the outbreak.

And the fact remains that Japan’s response was less than perfect. While the overall population is much smaller, Asian neighbors such as Taiwan had just seven confirmed deaths from the virus, while Vietnam had none.

“You can’t say the Japan response was amazing,” said Norio Sugaya, a visiting professor at Keio University’s School of Medicine in Tokyo and a member of a World Health Organization panel advising on pandemic influenza. “If you look at the other Asian countries, they all had a death rate that was about 1/100th of Western countries.” 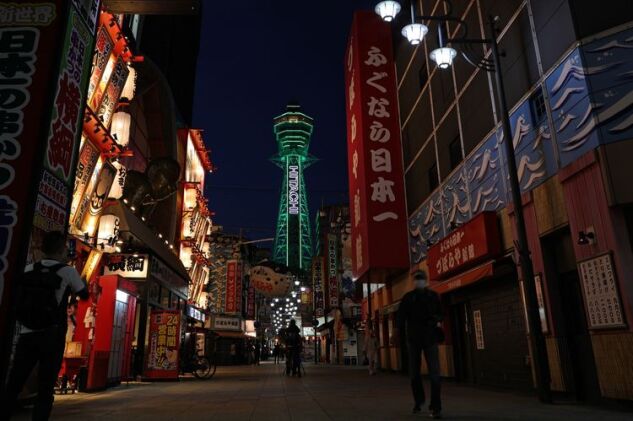 Tsutenkaku tower in Osaka is lit up in green signaling the region has met its target to lift restrictions.
Photographer: Buddhika Weerasinghe/Bloomberg

While Japan may have avoided the worst of the health outcomes, the loose lockdown hasn’t protected the country from the economic impact. Its economy, already dealing with the impact of a sales tax hike in October, officially in the first three months of the year. Economists have warned the second quarter will be the worst on record, and the specter of deflation, which haunted the economy for decades, once again looms. Tourist numbers 99.9% in April after the country shut its borders, putting the brakes on a booming industry that had promised to be a growth driver for years. As in other countries, bankruptcies have risen sharply.

Even with the the state of emergency about to end, authorities are warning that life will not return to normal. When case numbers slowed in early March, there was public optimism that the worst was over -- only for cases to spike again and trigger the emergency declaration.

If a deadlier second wave does follow, the risk factor in Japan, which has the world’s oldest population, remains high. The country has speedily approved Gilead Sciences Inc.’s remdesivir and is now scrambling to allow the use of still unproven ’s antiviral Avigan. There are calls for the country to use the time it has bought itself to shore up its testing and learn in the way its neighbors did from SARS and MERS.

Officials have begun to speak of a phase in which people “live with the virus,” with a recognition that Japan’s approach has no possibility of wiping out the pathogen.

“We have to assume that the second wave could be much worse than the first wave and prepare for it,” said Yoshihito Niki, a professor of infectious diseases at Showa University’s School of Medicine. “If the next explosion of cases is worse, the medical system will break down.”