Shawanna Ferguson, a home health care worker, stands for a photograph outside of her home in Walterboro, S.C., on Sept. 20, 2020.
Photo: Micah Green/Bloomberg

Democrats’ proposed home health care program has shrank to $150 billion, sparking concern it may not be enough to meet its supporters’ lofty goals.

The plan to expand Medicaid’s home and community-base care services, which help people with disabilities and the elderly remain in their homes and avoid long-term care facilities, once stood at $400 billion. Backers as recently as last week were hoping for $250 billion over the next 10 years.

The trimmed-down proposed investment means the federal government will be able to offer less money to states to entice officials to embark on long-term plans to boost pay for home health workers and cut down their waiting lists for people seeking these services.

“It’s not where we wanted to land,” Sen. (D-Pa.), one of the main sponsors of the home health legislation, said Thursday. “But, it’s a number we can work with.” 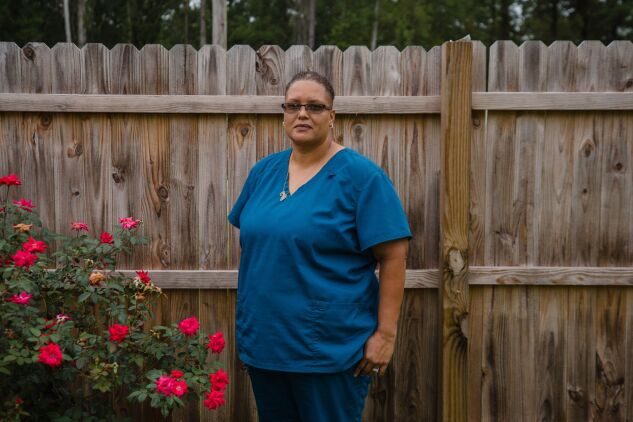 Kim Thomas, a home health care worker, stands for a photograph outside of her home in Conway, S.C., on Sept. 18, 2020.
Photo: Micah Green/Bloomberg

The lower price tag was included in the latest version of Democrats’ tax and social spending package (), released last week. Democrats are still negotiating over some elements of the bill.

Backers of the package in labor unions, who’ve spent months rallying support for it, called a framework released by the White House last week a first-of-its-kind investment in home care.

“This is a commitment to working people, with an historic investment in home care workers and care services,” Mary Kay Henry, international president of the Service Employees International Union, said in a statement.

The proposed $150 billion would go to states that implement plans to improve and expand their home and community-based care programs.

Under the latest version of the plan, states could get a 6% increase in the federal share of their Medicaid budgets for home care services. Casey originally envisioned that increase at 10% of the federal share.

States could also get money under Democrats’ bill to help develop their home care improvement plans, as well as funds for administering the services.

The plan could still require states to front substantial funds for home care services. The federal government currently covers between 50% and 78% of Medicaid costs, depending on the state, leaving the state government to pay the rest.

Casey said the key to the success of the plan is state uptake: health officials have to buy into the goals of improving training and boosting pay for home health care’s largely female, minority workforce, and expanding who gets home care.

These are lofty goals: home health aides and personal care aides currently make about $12.15 per hour, or $25,280 per year, and almost 820,000 people in the U.S., most with intellectual or developmental disabilities, were on wait lists to get home- or community-based care through Medicaid in fiscal 2018, the Kaiser Family Foundation reported last year.

States have told Casey they need a sizable federal investment and one that won’t disappear.

“The amount is one thing but the time duration is also as important,” Casey said. “State Medicaid directors need to plan long term.”

The added federal funds would be permanent, according to the latest draft of the legislation.

States have been known to turn down permanent federal Medicaid incentives in the past. The Affordable Care Act’s offer to cover 90% of Medicaid costs for additional low-income people still hasn’t been enough to entice 12 states to expand their programs. However, 49 states have opted into a one-year increase in federal funding for Medicaid home- and community-based care provided under a Covid-19 relief law ().

Labor groups say the $150 billion is a major down payment from the federal government on improving wages for workers and cutting down wait lists for people seeking home care.

“It’s not the entire $400 billion that the president proposed, but $150 billion is a lot,” April Verrett, president of SEIU Local 2015, said. “It’s the largest investment in this segment in our economy and this health car system we’ve ever seen.”

To contact the editors responsible for this story: at sbabbage@bgov.com; at hrothman@bgov.com