Doctors who have called the Covid-19 vaccine a hoax or say it changes people’s DNA infuriate public health watchdogs, but the First Amendment could protect medical professionals from aggressive attempts by state licensing boards to crack down on false information.

Medical professionals speaking outside the context of a one-on-one doctor-patient relationship have traditionally enjoyed the full free-speech protections of the First Amendment.

The government must likely show it has good reason—a “compelling interest"—to restrict a doctor’s speech, and that its action is “narrowly tailored” to prevent the harms that could result from the speech.

The goal is to allow doctors to participate freely in public debate, and to prevent the government from imposing a single view of disputed matters, and from overriding the rights of citizens to hear all sides of a debate and come to their own conclusions.

The question of how to handle the spread of Covid misinformation is now the focus of an inquiry from the U.S. Surgeon General. A request for information made public Friday seeks input on “the impact and prevalence of health misinformation in the digital information environment during the COVID-19 pandemic.”

Disciplining doctors for public statements will therefore be a matter of “threading the needle,” said Rodney Smolla, dean and professor of law at the Delaware Law School of Widener University, in Wilmington, Delaware.

State medical boards will likely be limited to taking action only against “over-the-top statements that no reasonable doctor could make,” he said.

“If a doctor is giving false information on Facebook or a talk show about the state of the science—saying that the vaccine doesn’t work or that it can hurt you—that could cause people to get sick or die,” Smolla said. “And it’s my view that that would be in the jurisdiction of the medical boards, and not likely protected under the First Amendment.”

“But we’re in a kind of uncharted territory when it comes to disciplining doctors for statements made in a public forum. Doctors are entitled to speak about science to the public, and they’re entitled to offer their interpretations of scientific data, even in areas where there’s disagreement. It’s a very fine line the government would have to tread.” 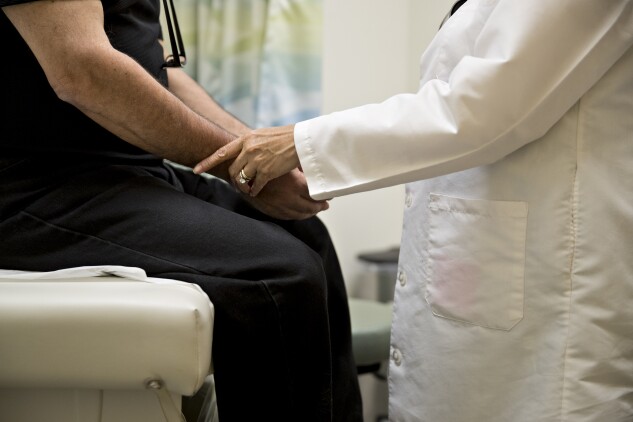 Misinformation from doctors and other health-care providers has been a growing problem during the Covid-19 pandemic, according to Brian Castrucci, president and CEO of the de Beaumont Foundation, a public health policy group.

It’s a small but vocal minority of doctors, Castrucci said. “But they have a power now they never had before because of the reach of social media and the internet,” he said. “Now a provider can share a conspiracy theory or some wild piece of misinformation with millions of people with one keystroke, with the knowledge that people will give added weight to their words because of their medical license.”

Some doctors have claimed on social media platforms that vaccines cause chronic illness, that hydrogen peroxide can cure coronavirus, that masks suppress the immune system, and that the Covid-19 vaccine causes infertility.

State medical boards are the bodies responsible for licensing doctors and disciplining them for ethical and legal violations.

The Federation of State Medical Boards reported in December that two-thirds of its members had seen an increase in complaints related to misinformation from doctors.

The FSMB includes 70 members boards, including those from all 50 states, the District of Columbia, and U.S. territories.

The federation also released a statement in July informing doctors that they risked disciplinary action from their state medical board if they spread misinformation about Covid-19.

But the boards have been too slow to act, Castrucci said. Just 12 boards reported that they had taken disciplinary action against doctors for Covid-19 misinformation after the FSMB statement went public.

“Medical boards have a responsibility here, and it may be time for them to evolve,” Castrucci said. “Part of that responsibility is looking closely at this misinformation problem from their licensed practitioners, and the harms it is causing. And I think they would be neglecting their mandate and their responsibility if they chose to ignore this new problem of misinformation being delivered by providers on a large scale.”

One reason for slow action by medical boards is that they are being asked to respond to Covid-19 misinformation from doctors who are speaking in public, rather than in the context of a doctor-patient relationship.

Misinformation provided in a doctor-patient encounter has traditionally been viewed as a form of improper medical practice that wasn’t protected by the First Amendment in the way that ordinary speech is, according to Carl Coleman, a professor at the Seton Hall Law School.

“There’s no question but that a doctor who is providing incompetent medical advice to a patient is committing malpractice, and that can be grounds for professional discipline,” Coleman said. “Within the physician-patient relationship, it’s a medical question of whether what the doctor said was valid or not. There’s no First Amendment issue there.”

But the First Amendment implications become much more prominent when a doctor isn’t treating a particular patient who is relying on his advice, but rather speaking in a public forum, he said.

And cracking down too aggressively on doctors speaking in the public forum could stifle important debate on matters that remain in dispute within the field, said Paul Sherman, a senior attorney with the Institute for Justice, a policy group that focuses on First Amendment issues.

“Medical boards would need to tread cautiously here,” Sherman said. “It may seem easy in a situation like a pandemic to label information as clearly false and open the door to punishing it, but there are a lot of debatable issues in the field of medicine, and you wouldn’t want the government to come in and stifle legitimate debate in favor of a single view.”

The case for placing guardrails around the right of doctors to speak publicly on scientific and medical matters is strong, said Claudia Haupt, professor of law at Northeastern University School of Law.

“The First Amendment assumes an equality between speakers that really doesn’t reflect the reality that exists between doctors and patients concerning medical matters, and doesn’t protect the interests of laypeople in getting sound information,” she said. “And bad information from doctors is even worse because it makes the professional consensus seem less stable and less reliable, and turns everything into a free-for-all.”

Castrucci suggested that medical boards should focus on misinformation about the scientific understanding of the virus and treatments, leaving policy debates about non-medical interventions largely to the side.

This means that doctors could be disciplined for promoting quack treatments or giving flatly wrong information about the effect of vaccines, but not for engaging in public debates about mask and vaccine mandates, he said.

“There’s a difference between science and facts, on the one hand, and policy debates, on the other,” Castrucci said. “In a democracy, we must be able to have debates about things like mandates, but our debates have to be founded on facts. And the issue we’re talking about here is, what do we do about doctors misleading the public and distorting our debates with false information, with statements that just aren’t true.”

(Updates with Surgeon General request for information in the fifth paragraph.)