The bulk of a $1 billion funding package intended to help the Centers for Disease Control and Prevention fight the Covid-19 pandemic in the U.S. has remained unspent since being authorized more than five months ago, according to people familiar with the matter.

The funding, part of the Paycheck Protection Program and Health Care Enhancement Act, also known as the PPP, was set aside by Congress on April 24 for “surveillance, epidemiology, laboratory capacity expansion, contact tracing,” improvements to data systems and boosting testing for Covid-19. 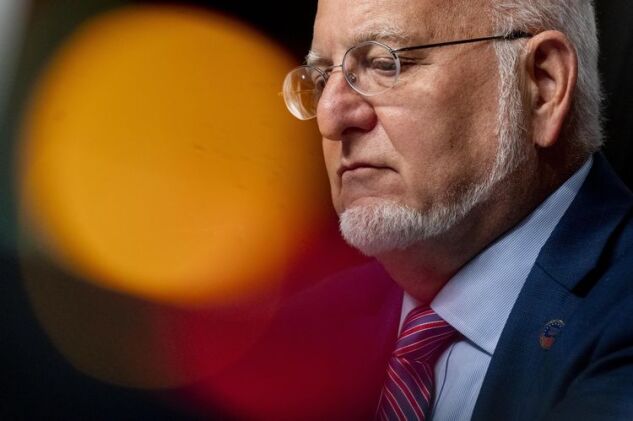 Trump administration officials directed $200 million of the money to a $300 million ad campaign about the virus, according to a CDC spokesman. The ad campaign is being developed outside the agency. CDC Director said last month the agency needs billions more to help distribute a vaccine. Other funds allocated to the agency have been the White House’s “Operation Warp Speed” vaccine development program, which CDC is a part of.

But most of the allocation has sat idle despite requests over the summer from CDC to access some of the money, according to one person familiar with the matter. Two of the people familiar with the issue confirmed the CDC didn’t have access to the money as recently as September. The people asked not to be identified discussing information that wasn’t public.

In an emailed statement, the CDC said the rest of the funding would be spent later: “CDC will begin to use the remainder of the PPP funding to support planned activities.”

A senior administration official said that no money has been held up and that the White House Office of Management and Budget approved the CDC’s use of the funding. The official didn’t address questions about when the money was approved or details of how it would be spent.

The CDC’s normal annual budget is about $8 billion, and Congress has approved an additional $7.5 billion across several stimulus packages. Money that Congress appropriates may face several steps before reaching the agency that will ultimately spend it, including approvals from cabinet departments and the White House Office of Management and Budget.

While delays in getting money out the door aren’t unusual, the CDC has been at the forefront of the pandemic. Much of CDC’s funding is relayed to health departments in states and local governments, which carry out public health activities like testing, contact tracing and epidemiological studies. The CDC has awarded $12 billion to state, local, tribal and territorial health departments, Redfield testified to Congress in September.

State and local agencies will play a big role in distributing coronavirus vaccines whenever they become ready. The CDC and HHS were considering using the funds to help the administration’s Operation Warp Speed program to accelerate Covid-19 vaccines, including communication with the public about vaccine trials; information gathering for the data platform HHS Protect; and grants for states and public research institutions, one of the people said.

In the coronavirus emergency stimulus bills, Congress gave executive agencies a fair amount of flexibility to decide how money should be spent, said James Capretta, a former OMB official in the George W. Bush administration and now a resident fellow at the American Enterprise Institute.

Capretta speculated that the administration might be keeping money ready to purchase additional vaccine doses.

“I think they’re kind of hoarding resources for that purchase,” Capretta said, noting that Congress hasn’t yet passed an additional relief package that has been stalled since the summer. “I don’t doubt that they would have a long list of legitimate things they think that funding would go to,” he said, referring to the CDC.

Redfield told senators at the Sept. 16 hearing that the CDC would need an additional $5.5 billion to $6 billion to distribute a vaccine, money he said the agency did not have.

At the same hearing, Redfield testified that CDC experts have had no involvement in the advertising campaign that the agency’s money is funding. That campaign was conceived by Michael Caputo, a former Trump campaign aide and health official, and aims to help Americans “defeat despair and inspire hope” about the virus, according to reporting by Politico.

Caputo has since taken medical leave, and Politico reported this week that the ad campaign had faced challenges getting off the ground.

The Department of Health and Human Services described its plans for the $1 billion allocation differently months ago. In a spending plan dated May 22 and published by a federal pandemic oversight board, HHS said the funding from the Paycheck Protection Act would go to “public health response and capacity building.”

It specifically listed assistance for epidemiology, lab capacity and infection control, as well as improving the use of data to help state and local authorities respond to the pandemic. The one-page spending plan didn’t mention advertising. The CDC, in its statement, said that the $300 million for the ad campaign came from April’s PPP stimulus as well as an earlier stimulus package.

The U.S. had recorded about 51,000 Covid-19 deaths on the day President Donald Trump signed the law allocating the funding. Over 150,000 more have died since then.

The delays in getting money to CDC came as the administration also tapped funds from the public health response for other purposes. In addition to $300 million in CDC funds steered toward the ad campaign, the Trump administration shifted $700 million from the CDC to the administration’s Operation Warp Speed program to accelerate Covid-19 vaccines, Bloomberg News has .

The administration also pulled that Congress had appropriated for the Strategic National Stockpile toward the vaccine effort. The stockpile is an emergency reserve of medical supplies that ran short of some equipment, including N95 respirator masks, earlier in the pandemic.

The White House and Trump himself have increasingly been at odds with some federal health officials over the response to the pandemic. Earlier this year, the White House’s Office of Management and Budget the publication of CDC guidelines. In addition, a document changing the agency’s stance on testing was published over scientists’ objections, the New York Times reported. Other splits over guidelines for schools and extending the ban on cruises have shown the conflict between public-health officials concerned about the spreading virus and others in the administration eager to lift restrictions.

(Updates with additional context starting in the 10th paragraph)