A customer looks at marijuana for sale at a dispensary.
Andrew Caballero-Reynolds/AFP/Getty Images

The health-care industry is getting into the weed business.

Several industry players announced or closed deals in May involving companies that produce cannabis or hemp used to make medical products, according to a list of select transactions compiled for Bloomberg Law by investment bankers at ECG Management Consultants and Provident Healthcare Partners LLC.

These companies are attracting mainstream investors due to their potential to generate high earnings now that their products are legal in many states, at least for medical purposes, Gary W. Herschman, a member of Epstein Becker & Green in Newark, N.J., told Bloomberg Law. 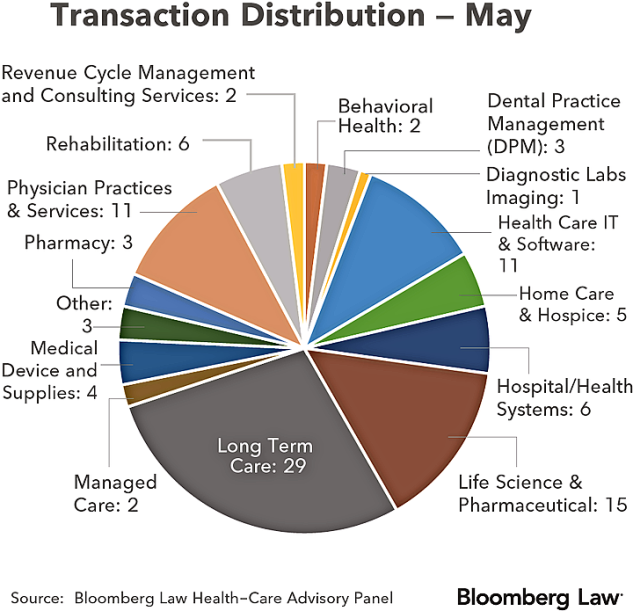 But marijuana remains illegal under federal law. So while deal volume involving producers may grow in the second half of 2019, some prospective buyers will remain wary until the federal government, as rumored, relaxes its law, Yulian Shtern, also of EBG, said.

The more traditional health-care sectors bounced back from their slow and steady pace earlier in the year, with a total of 103 deals announced or closed during May. There have been 456 deals in 2019 so far, according to a year-to-date list.

The long-term care sector again had the most deals, with 29 reported transactions. Adding in deals in the hospice, home care, rehabilitation, and assisted living spaces, there were 40 deals altogether in the long-term care continuum, Herschman said. 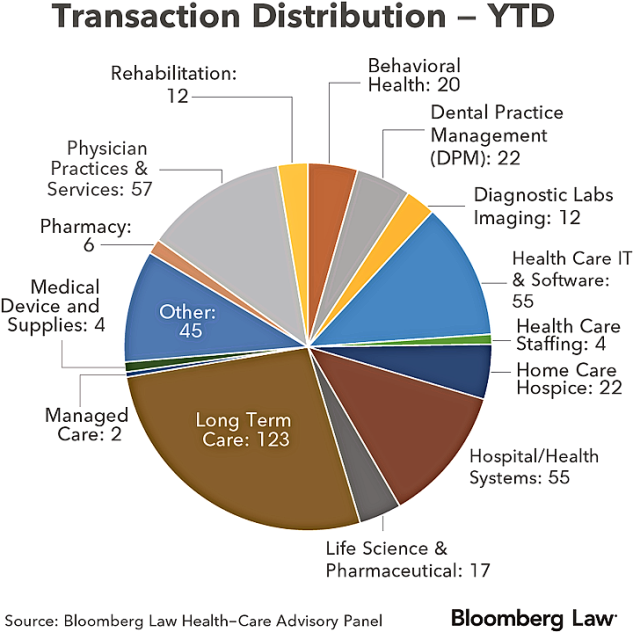 Texas remained a hot place for sector activity, with Lifespace Communities Inc.'s acquisition of three properties in Dallas, Austin, and Fort Worth, Texas, from Senior Quality Lifestyles Corp., according to Hector M. Torres, a principal at ECG in Chicago.

Private equity is a big mover in the long-term care continuum, especially in the home care and hospice spaces where the platforms are looking to build growth through acquisition-heavy strategies, Provident’s Kyle Daly told Bloomberg Law.

Private investors have shown the most interest in ophthalmology, gastroenterology, ear-nose-and-throat, obstetrics-gynecology, and orthopedics practices, Herschman said. This is because those specialties have the greatest potential to increase revenues and profits through additional investments in new and expanded ancillary services, like ambulatory surgical centers, he said. 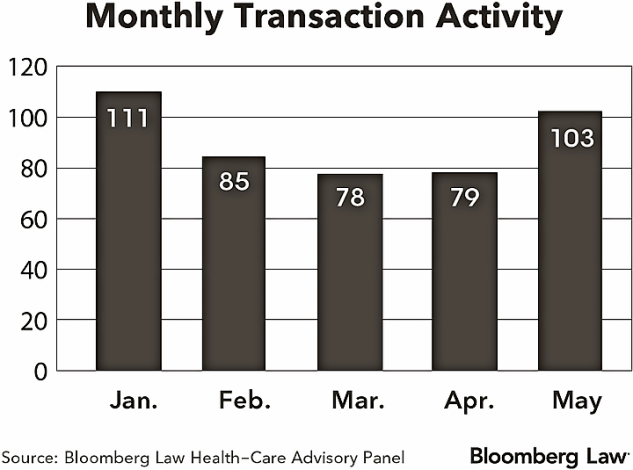 Physician practice sector acquisitions should continue at a fast pace through the rest of 2019, he said.

The market for health-care information technology platforms remained strong in May and likely will remain robust throughout the year, Shtern said. Buyers targeted companies that develop artificial intelligence solutions, such as remittance automation and patient data analytics functions, he said.

He attributed this to the “lack of a universal software solution that works well across multiple specialties and facilities,” as well as a growing demand for software to monitor and care for patients with acute and chronic conditions.

The demand for these programs will increase as providers look for help in complying with new regulations, managing costs, and improving quality of care as the regulatory environment changes and new payment models emerge, Brown said.

In the hospital sector, for-profit hospital operator Community Health Systems announced its sale of three hospitals in May, moving it closer to its goal of raising $1.3 billion in gross proceeds through divestiture by year’s end, ECG senior manager Aaron T. Newman told Bloomberg Law. The transactions are expected to close in the third quarter, ECG’s Nicholas Davis said.
_________