The combined entity will consist of 68 hospitals, employ more than 70,000 people, and offer access to more than 14,000 doctors across more than 1,000 care delivery sites, Torres said.

Hospitals and health systems are consolidating in geographic areas they believe to be strategically important, he said.

The move toward an ambulatory care environment—that is, care offered outside a hospital—creates a significant headwind for hospitals, Gilbert said. Hospitals, therefore, want to position themselves where it makes the most sense to be, he said. 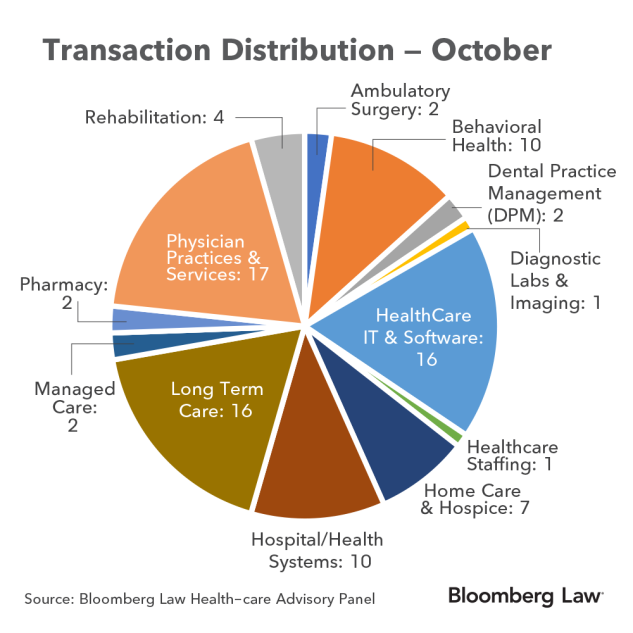 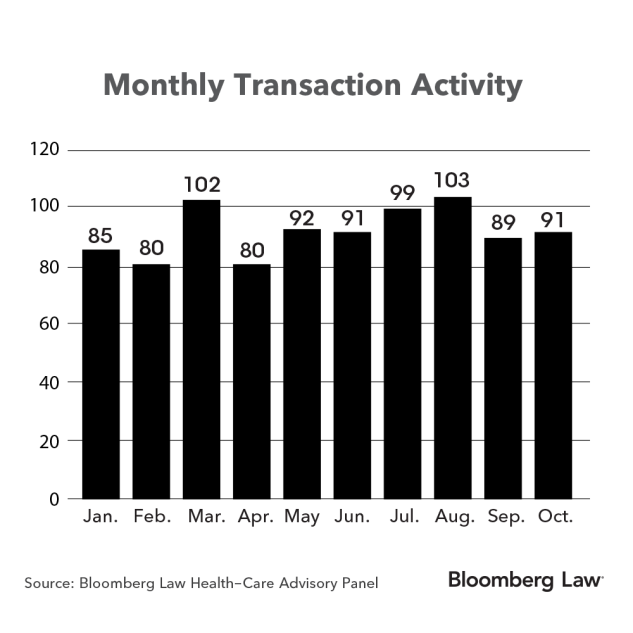 “The physician practice sector is expected to continue to skyrocket through the end of the year,” Herschman said. There are “dozens of groups across the country in the midst of formal processes, and many others in the earlier stages of discussions or exploration,” he said. 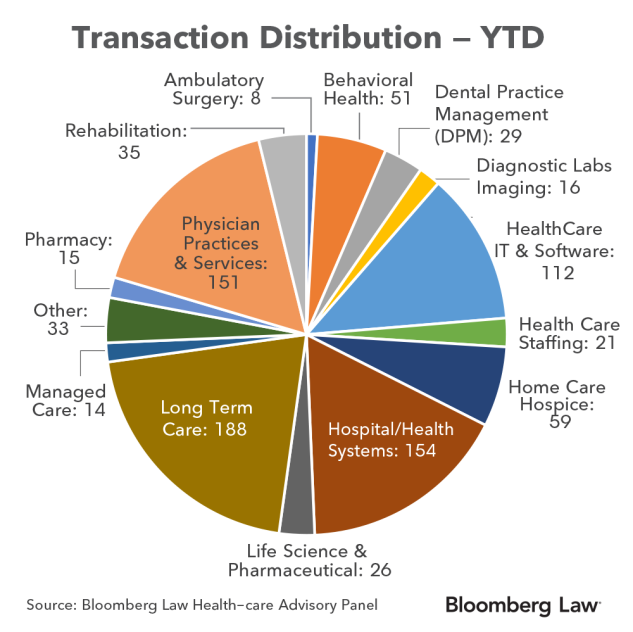 There were 188 announced or closed long-term case deals between January and October 2018, compared to 175 deals during the same period in 2017, Newman said. Three of the 16 October 2018 deals involved private equity firms, Newman added.

“Due to the record of deployable capital presently available for investment, private equity firms have been more active in health-care service opportunities in general, and in long-term care specifically,” he said.
_________