was nominated Friday by President Joe Biden to run the U.S. Food and Drug Administration, a move that is likely to put a one-time commissioner back at the health agency’s helm in the midst of a still-raging pandemic.

Califf, a doctor and widely published scientist, is currently senior adviser at Alphabet Inc.’s Verily and Google Health units. He previously served as FDA commissioner during the final year of the Obama administration.

If confirmed by the Senate, he would take the place of acting FDA Commissioner . Califf’s first appointment to lead the FDA was approved in an 89-4 vote in 2016.

“I am honored to be nominated by President Biden for this position at a critical time for our country,” Califf said in a statement. “There’s a lot of work to do, and if confirmed I look forward to rejoining the great team at the FDA to help in their inspiring mission to serve the public.” 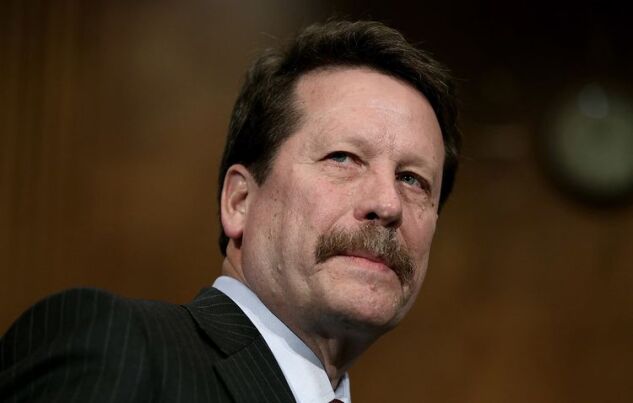 The selection would put a permanent leader in charge of the vast regulator for the first time since Biden took office. Woodcock has steered the FDA’s day-to-day operations through some of the most tumultuous moments of the coronavirus pandemic, but the White House signaled months ago she wouldn’t be in line for the top job.

Biden said in a that Califf has the experience and expertise to lead the agency during a critical time in the nation’s fight to put an end to the Covid-19 pandemic, adding that is was critical to have “a steady, independent hand to guide the FDA.”

The president urged the Senate to swiftly confirm Califf so he can “continue the important work being done at this critical moment”.

Califf, 70, will be faced with an imposing to-do list if he returns to his old post. The FDA continues to be a central player in the pandemic response. At the same time, it is reviewing thousands of vaping products amid lingering concerns over their potential to addict new users to nicotine, navigating a thorny controversy over the approval of an Alzheimer’s disease drug some former advisers say shouldn’t have been allowed on the market, and facing questions about its capacity to oversee the safety of the global drug supply chain.

“Robert is unquestionably qualified to lead the FDA during these unpredictable times,” said Ellen Sigal, chair of Friends of Cancer Research. “He has always been a strong proponent of science, patient safety and innovation and should receive strong bipartisan support in the Senate.”

The agency has taken significant steps to provide front-line health workers with tools to battle Covid-19. It has cleared three vaccines and is on the cusp of broadening access to them to younger children. It has also authorized new treatments such as monoclonal antibodies and remdesivir to fight infections, and is set to consider a new antiviral pill in coming weeks.

In his previous turn as commissioner, Califf took on the early stages of extending the FDA’s oversight of tobacco to include electronic cigarettes, as well as its response to the opioid addiction and overdose crisis.

His handling of the opioid crisis during his first stint at the FDA drew criticism from Democratic Senator of West Virginia, who said Friday he would oppose the nomination. Manchin urged the agency to instead nominate a commissioner who “understands the gravity of the prescription drug epidemic and the role of the FDA in fighting back against the greed of the pharmaceutical industry.”

“His nomination is an insult to the many families and individuals who have had their lives changed forever as a result of addiction,” Manchin said in a statement.

A cardiologist by training, Califf is a prolific researcher with more than 1,200 publications in peer-reviewed literature. That work drew questions from some lawmakers who were worried about his ties to the industry he’d be regulating when he was nominated by Obama.

, a deputy commissioner under Califf who is now an attorney at Arnold & Porter, said Califf took care to avoid conflicts as commissioner. Califf kept a whiteboard in his office that listed all the projects he couldn’t work on, Sklamberg said, and “was very, very, very careful” about recusing himself.

After leaving the FDA, Califf initially split his time between Duke University, where he was a longtime professor and vice chancellor and earned his medical degree, and Google’s Verily. He then moved to Silicon Valley to become the head of clinical policy and strategy for Verily and Google Health.

He is one of several former commissioners who called to make the FDA a more independent agency from the Department of Health and Human Services to shield it from political influence.

(Updates with comments from Biden starting in sixth paragraph)