The number of Americans without health insurance increased by almost 2 million people in 2018, according to new data released by the U.S. Census Bureau Tuesday.

The increase in the rate of uninsured, from 7.9% in 2017 to 8.5% last year, is particularly remarkable given the falling unemployment rate during that period, since most Americans get coverage through work. The Census Bureau said it was the first meaningful uptick in the number of people without health coverage since 2009. 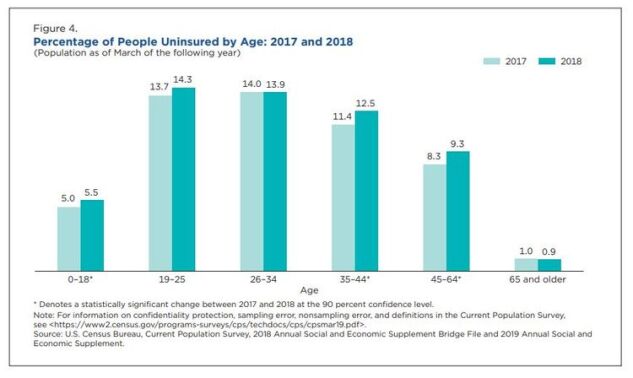 While the economy grew in 2018, individual health insurance premiums continued to increase, while states tightened eligibility requirements for public...