Billing for air ambulance services is emerging as a point of contention in Congress.
Justin Sullivan/Getty Images

Billing patients directly for services an insurer won’t cover is critical to the business model for air ambulance providers, industry executives said during the first meeting of a federal advisory committee.

The practice known as “balance billing,” which lawmakers are debating whether to outlaw, is a rarely used but important tool for collecting fees from commercially insured patients, who account for most air ambulance company revenue despite being a minority of the population they serve, the operators said. 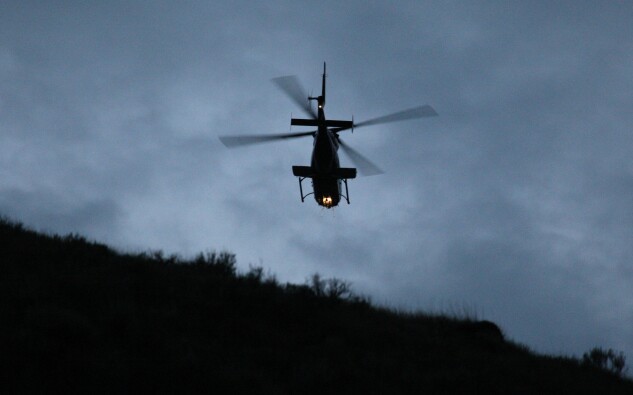 Billing for air ambulance services is emerging as a point of contention in Congress.
Justin Sullivan/Getty Images

David Motzkin, president of the air ambulance company PHI Health, said billing patients directly is essential to “get the level of cooperation” from them and their employers needed to pressure their insurers to pay full freight for air ambulance services. These services can cost more than $20,000 for an emergency ride.

“Oftentimes you’ve sent the patient to collections and they’re acting to not have that on their credit,” Motzkin said Wednesday during a meeting of the Department of Transportation’s Air Ambulance and Patient Billing Advisory Committee. “They’re angry and compelled at the same time to work to cause the insurance company to pay a little more.”

He said only a small percentage of air ambulance revenue—less than 1%—comes directly from patients.

Lawmakers are grappling with how to deal with surprise medical bills, when people have insurance but still face unexpectedly high medical bills, including air ambulance fees. Some proposals being considered would ban balance billing by air ambulance providers altogether.

The advisory committee was created to recommend ways that federal officials and policy makers could rein in the cost of air ambulance services and protect people from balance billing.

Some states have sought to pass laws to end balance billing and others have aimed at regulating air ambulances.

North Dakota Insurance Commissioner Jon Godfread, a member of the advisory committee, said he saw significant pushback on his state’s attempts to end balance billing from air ambulance companies. The state in 2017 passed a law to end the practice, but a federal court found that federal law prohibits states from regulating air ambulance services and struck down the law.

Sending these high bills to people isn’t harmless, even if the air ambulance companies and insurers ultimately work out payment, said Patricia Kelmar, director of health policy for the National Consumers League. Those sent the bills still face collections demands, she said.

Chris Myers, executive vice president for and a member of the air ambulance advisory committee, said balance billing is needed when patients won’t give providers their insurance information.

“I’m not saying it’s the best mechanism, but as of today you balance bill a patient when you haven’t heard from them and they call you and say ‘by the way I have X insurance,’” Myers said.