A former lab worker-turned-whistle-blower jolted ’s trial, animating allegations that the blood-testing startup was a fraud with her descriptions of wrongdoing to patients and hinting at more to come Wednesday.

Wearing a pinstriped jacket, Erika Cheung strode past the defendant to the witness stand and confidently told jurors how she was initially “star-struck” when Holmes interviewed and hired her in 2013 as a lab associate at Theranos.

The three-month trial had gotten off to a somnambulant start with the first witness giving hours of dry testimony about accounting and stock-option irregularities. When Cheung spoke, jurors sat up and began to listen. One started taking notes. Among the most compelling moments, Cheung described how Theranos required employees to toss out data points that flagged inaccuracies in the company’s blood-testing machines.

“They were ignored and disregarded for the purposes of quality control,” Cheung testified. Theranos machines weren’t “adequate enough” to evaluate patients’ health, she said, explaining that she began to suspect unethical practices and ended up quitting after less than a year at the company.

Charged with a dozen counts of fraud and conspiracy, Holmes is accused of lying to patients, doctors and investors about the accuracy and capabilities of Theranos machines.

Cheung’s decision to speak up about the wrongdoing she claims to have detected at the company is a central reason Holmes faces as long as 20 years in prison if she’s convicted. 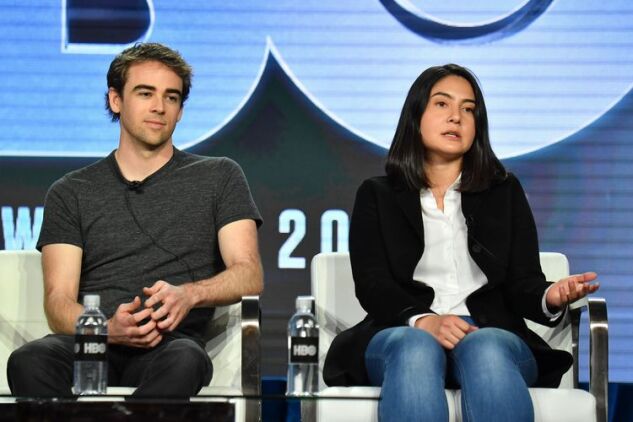 On Wednesday prosecutors will try -- over expected objections from Holmes’s defense team -- to elicit Cheung’s harrowing experience as depicted in an HBO documentary and more recently in a TED talk she gave.

Cheung told jurors Tuesday that Theranos secretly relied on results from commercial machines built by other companies to process its samples. She may go on to recount a scene revealed in the best-selling 2018 book, “Bad Blood: Secrets and Lies in a Silicon Valley Startup,” when Cheung teamed up with a colleague, Tyler Shultz, to share grave concerns about the lab with his grandfather, former Secretary of State , who was then on the company’s board.

Standing in her way are Holmes’s lawyers, who had some success Tuesday gumming up Cheung’s testimony with objections that it’s too far removed from their client. How much more the jury hears from Cheung will depend on what leeway the judge gives prosecutors.

If prosecutors can navigate around the obstacles Holmes’s lawyers put up, Cheung can be of “enormous value” to their case, said , a lawyer at Covington and Burling who isn’t involved in the case. As a whistle-blower, Cheung can tell a story that’s compelling, cohesive and linear, she said.

Cheung comes across as “genuine, thoughtful and really not attention-seeking,” Kramer said, “and as someone who felt she had to act because her moral compass told her to.”