Ties between the Pentagon and the defense industry have deepened under President Donald Trump, prompting renewed concern about conflicts of interest that could result in favoritism toward top military contractors.

More than 80 percent of top Defense Department officials under Trump have defense contractor work experience – in many cases extensive – compared with roughly half of those President Barack Obama appointed to the same jobs, a Bloomberg Government analysis found. 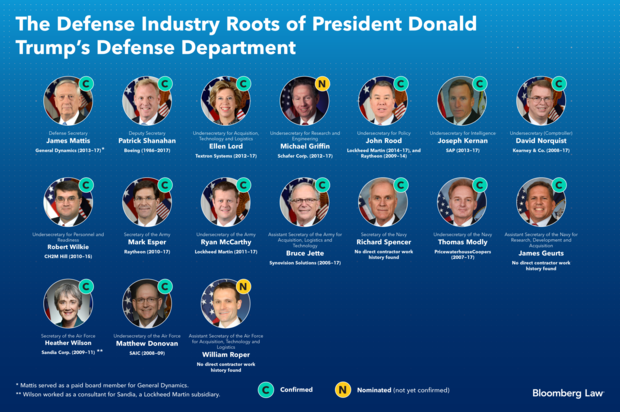 Defense industry supporters say contractor work experience is a highly valuable asset for Pentagon officials, especially those who are part of the acquisition process.