co-founder sued , its biggest investor, over the Japanese company’s decision to scuttle a $3 billion deal to buy stock from employees and other shareholders, that was part of an effort to bailout the struggling workplace provider.

Neumann, who was set to reap the biggest windfall from the transaction, claims and its Vision Fund relied on legally faulty pretexts to renege on an agreement to purchase the shares as the conglomerate’s financial position weakened, according to a copy of the complaint reviewed by . The lawsuit, filed in the , couldn’t immediately be verified on the docket.

Rob Townsend, the chief legal officer at SoftBank, described the claims as “meritless” in an emailed statement. “Under the terms of our agreement, which Adam Neumann signed, SoftBank had no obligation to complete the tender offer,” Townsend said.

The stock deal was part of a bailout package from SoftBank after WeWork’s initial public offering failed last year. Neumann, the controversial face of the business, agreed to leave the board and, in return, would be able to sell as much as $970 million in stock to SoftBank. 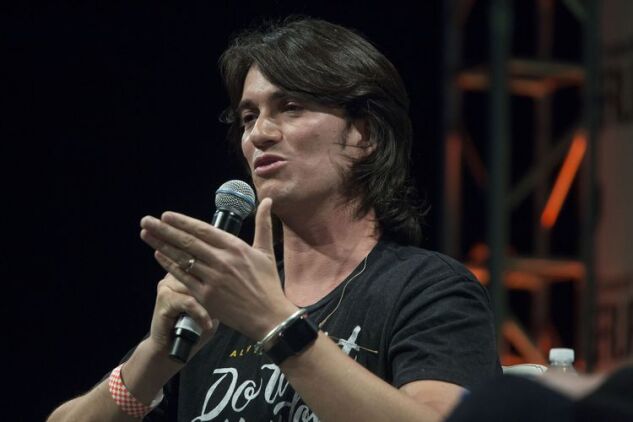 The exit package for Neumann , thousands of whom were set to lose their jobs. SoftBank’s decision last month to abandon the deal who had been counting on selling stock.

Two independent WeWork directors then the Japanese conglomerate, arguing SoftBank didn’t hold up its end of the deal and was experiencing “buyer’s remorse.” SoftBank called the suit a and said at the time that it anticipated a separate suit from Neumann. A spokesman for Neumann said he will ask the court to consolidate his case with the directors’ complaint.

SoftBank said WeWork failed to meet the deal’s specific conditions to move forward, citing regulatory concerns and a handful of government investigations into the company, including from the U.S. Securities and Exchange Commission and the U.S. .

Last week, SoftBank forecast a wider loss for the fiscal year ended in March saying it now expects to lose 900 billion yen ($8.4 billion), after estimating previously its net loss would total about 750 billion. The hit related to WeWork accounts for about 700 billion yen of the non-operating losses, including investments and loan commitments.

The company is scheduled to report final earnings for the fiscal year on May 18.

In the lawsuit, Neumann said he stepped down as WeWork’s chief executive officer and relinquished control of the company to SoftBank in exchange for the stock buy and promised financing. SoftBank immediately moved in and took over control of the board of WeWork’s parent, , according to court filings.

Then SoftBank officials went to work trying to sabotage the deal by preventing the “roll up” of a Chinese unit, one of the conditions to closing the stock buyout, according to the suit.

When SoftBank was supposed to be using its best efforts to complete the tender offer, the Japanese company was “secretly taking actions to undermine it,” Neumann said in the complaint. He called some of the would-be stock buyer’s tactics “brazen.”

Neumann is asking a Delaware judge to force SoftBank into fulfilling its promises to make the stock buy and pay damages for their wrongdoing. No judge has yet been assigned to the case, but Chief Judge Andre Bouchard is overseeing the earlier suit filed by the WeWork directors

To contact the reporters on this story:
in San Francisco at ehuet4@bloomberg.net;
in Wilmington, Delaware at jfeeley@bloomberg.net