If women have it hard in corporate America, Black women have it the hardest, and it will be even more difficult for them to overcome systemic barriers to advancement in a pandemic, according to Chief Operating Officer .

Black women are much less likely to be promoted to senior leadership roles and have interaction with senior managers than their White counterparts, according to a report released Thursday by LeanIn.org, the nonprofit organization Sandberg founded. In a world dealing with the spread of Covid-19, where so much of work is remote, there’s an even greater chance Black women won’t have access to the “informal interaction” that is critical to climbing the corporate ladder, Sandberg said. 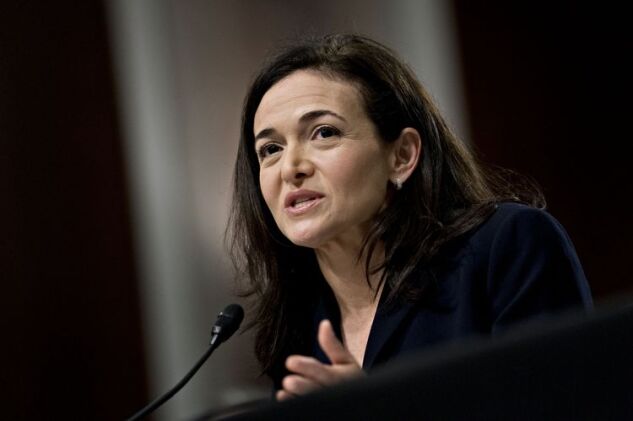 “I am especially concerned about the casual time that drives so much of performance,” she said in an interview with Bloomberg. “In a world where there’s coronavirus, how do you even start to have those relationships?”

The report was released just days after U.S. Senator Kamala Harris became the first Black woman and first Asian-American on a major party presidential ticket when she was named by Democratic presidential candidate Joe Biden as his vice presidential running mate.

“We never dreamed we would be putting this out after a Black woman was nominated for vice president, but it’s a good moment,” Sandberg said. “I am excited that she is there to set that example.”

The report found that 58 Black women are promoted for every 100 men and only 64 Black women are hired into management roles for every 100 men hired for those positions. Additionally, about 60% of Black women have never had an informal interaction with senior leaders. The data was compiled by LeanIn.org with McKinsey & Co., which conducts an annual study on women in the workplace. Over 590 companies employing more than 22 million people have participated in the survey since 2015. Portions of the report were previously released.

Facebook, which has been under fire from civil-rights leaders in recent weeks about how the company moderates hate speech on its platforms, also has significant work to do to increase Black representation. The company’s U.S. workforce was 3.9% African-American, according to its diversity report released last month.

“We all have to take concrete steps,” Sandberg said. “We have to accept that bias is everywhere.”