A by former US Vice President Mike Pence. A first-of-its-kind law in Idaho that takes aim at ESG. A slew of similar bills expected to be introduced in red states next year.

These anti-ESG moves all have one thing in common: Andy Puzder.

A of minimum-wage laws, paid sick leave and other regulations, the fast-food magnate has emerged as a central figure in motivating an ambitious network of like-minded conservatives across red America in the war against ESG. These state officials and Republican activists — a coalition that includes Florida Governor Ron DeSantis and the influential conservative operative Leonard Leo — are taking aim at major corporations like BlackRock Inc., the world’s largest money manager.

Their goal: to roll back the $40 trillion global business of environmental, social and governance investing, or at least score political points by trying.

What started as a scattershot, state-by-state effort is now a coordinated, nationwide campaign — one that promises to gather force now that Republicans maintained control of most state legislatures in the midterms and DeSantis emerges as a possible presidential candidate for 2024. House Republicans have said they plan to probe ESG in congressional hearings next year, and Puzder says he’s already been contacted by them to discuss that potentiality.

A controversial figure, the 72-year-old Puzder led the company that owns the Carl’s Jr. and Hardee’s chains for almost two decades until he stepped down in 2017 after his bid to become US labor secretary under President Donald Trump ran into bipartisan opposition. Now, as well as being a fixture at Republican gatherings and a frequent guest on Fox News, he’s drafted an anti-ESG law that is set to be introduced in various states next year. He’s also working on persuading friends to start a firm to thwart BlackRock’s firepower at the shareholder ballot box.

One Puzder fan is Pence. During a lunch in May at the Tennessee governor’s residence, the former vice president singled out Puzder when the conversation turned to ESG.

“You need to listen to Andy,’’ Pence told the 15 or so guests in Nashville, which included state lawmakers, lawyers and economists. Just weeks earlier, Pence had given a speech in Texas that vaulted the ESG attacks to the national stage. Puzder had spoken with Pence’s staff about ESG in the months before that speech. Pence’s spokesman declined to comment.

For the past 18 months or so, Puzder has been busy trying to turn ESG into a Republican talking point. He and his allies have portrayed the strategy as a threat to corporate America, and he’s been working behind the scenes — glad-handing officials, drafting bills and planting ideas.

“I thought politically this was a good issue,’’ Puzder said during an interview before the Nov. 8 elections.

On this Thursday in mid-October, he’s sitting in his lakeside summer home in Michigan, sipping a Monster energy drink and checking facts and figures on his iPad. Given the big issues of the day — inflation, high gasoline prices, war in Ukraine, diminished reproductive rights at home — it might seem easy to dismiss ESG as a sideshow. But to Puzder, ESG has worsened many of the challenges that America is facing.

ESG is “intricate plan to defeat our democracy”

Indeed, Puzder says ESG is “the most devious and intricate plan to defeat our democracy, our economic freedom, our individual freedom” that he’s ever seen. He points to Abraham Lincoln’s warning about dangers that “spring up amongst us.” ESG, Puzder says, is the “internal threat.”

It might sound overblown, but that viewpoint helps explain why officials in roughly 20 states, from Alaska to Oklahoma to South Carolina, have pushed back on ESG, despite evidence that doing so might actually hurt states financially.

Texas has criticized financial firms, including BlackRock and UBS Group AG, for what officials characterize as being hostile to the fossil-fuel industry — even though those firms are invested in or provide financing to oil and gas companies. Florida has barred its public pension plans from using ESG in investments. Louisiana and Missouri have pulled a combined $1.3 billion from BlackRock.

And a group of 19 state attorneys general is investigating the role of major banks like JPMorgan Chase & Co. and Goldman Sachs Group Inc. over their role in a banking coalition that’s pledged to cut greenhouse gas emissions. The attorneys general say banks could harm US companies that don’t follow a “woke climate agenda.’’

ESG proponents have hit back, saying the attacks are politically motivated, anti-free market and go against fiduciary responsibilities, risking the savingsof millions of retirees.

In one of the first legal actions taken against the ESG backlash, the Kentucky Bankers Association filed a lawsuit last week against the state’s attorney general, Daniel Cameron, accusing him of acting outside his authority and improperly wasting taxpayer money after his office launched an investigation into “violations related to ESG investment practices” by Wall Street banks.

A spokeswoman for the attorney general said the office is reviewing the lawsuit and will respond Wednesday.

Among the groups that stand to benefit the most from the ESG attacks is the oil and gas industry, says David Armiak, research director at the Center for Media and Democracy, a nonprofit watchdog in Madison, Wisconsin. “Laws protecting the fossil-fuel industry will ensure their businesses won’t be negatively impacted by Wall Street’s climate measures,’’ he said.

All the political rhetoric will likely lead to more definitive action in 2023. The American Legislative Exchange Council, a group that produces model laws for conservative states, is using Puzder’s anti-ESG draft bill as a template. ALEC had fought socially responsible investing and anti-apartheid divestment efforts back in the 1980s.

“Andy was one of the very first people in this country to identify ESG, and radicalized ESG, as a problem,” Jonathan Williams, ALEC’s chief economist, said in July when he introduced Puzder at a panel discussion.

Puzder’s proposal prohibits putting ESG causes ahead of fiduciary responsibility in public pension funds. Idaho is one of the first places to turn Puzder’s ideas into law, according to state Treasurer Julie Ellsworth. She says she drew on Puzder’s advice when Idaho changed its laws in May to ban investments or share-voting for funds that put ESG before fiduciary considerations.

DeSantis’ policymakers also have turned to Puzder for assistance, among others. While the Florida governor has been on a campaign for more than a year against corporate “wokeness” across a broad array of issues that include climate, LGBTQ rights and investing, Puzder remains focused on prioritizing fiduciary responsibility ahead of ESG.

While Puzder says he doesn’t know how many other states will introduce anti-ESG laws next year, he would be happy if his proposal becomes law in another five states. With Republicans regaining control of the US House of Representatives, Puzder says that opens the door for negotiations to scale back unneeded federal regulations and also schedule hearings to keep the pressure on ESG proponents.

Puzder credits David Black, founder of the conservative website 2ndVote, and Black’s wife, former US Congresswoman Diane Black, with his philosophy on corporate activism and keeping social causes out of company decisions. 2ndVote ranks companies’ corporate “wokeness’’ on a scale from a liberal 1 to a conservative 5, based on issues such as abortion, gun control and immigration. They prefer companies to remain neutral and score a 3. Puzder is executive chairman of 2ndVote Advisors, which manages all the of the firm’s investment products. 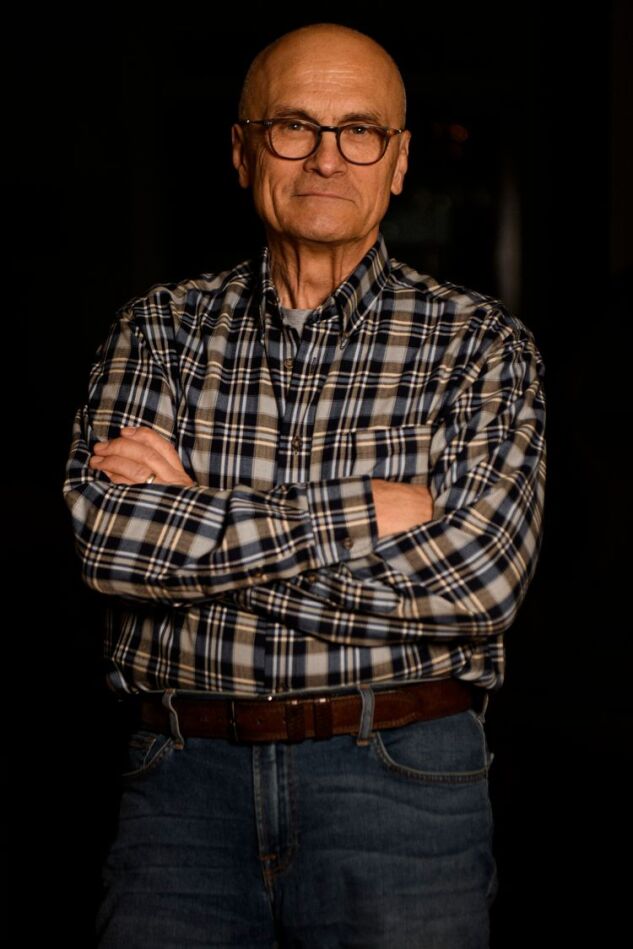 Puzder concedes he’s not used to working behind the scenes. As a chief executive, he gained notoriety for featuring fashion models in bikinis eating hamburgers and for his hard-nosed approach to revamping the Hardee’s restaurant chain after CKE Restaurants Holdings Inc. bought it.

He first started talking about ESG in May 2021. That was the same time when a tiny ESG fund, Engine No. 1, landed three new directors on Exxon Mobil Corp.’s board that were backed by BlackRock. Puzder says the Exxonvote gave him a greater understanding of the influence that the giant money manager has in the financial markets.

Puzder says he doesn’t care if BlackRock manages public money. He just doesn’t want the firm to vote on behalf of state and local pension funds. He has been urging wealthy friends to start a proxy advisory firm that gives voting recommendations to state and local officials who disagree with BlackRock’s approach on ESG. At least one of his friends is considering it, Puzder says, but he declined to provide details.

For its part, BlackRock says investors should vote their shares the way they want. Last year the firm started giving its biggest clients, including US public and private retirement funds, the power to do so. Its biggest rival, Vanguard Group Inc., also said it’s looking at ways to give investors more say over how their shares are voted.

Even Puzder is surprised by how much momentum is behind the anti-ESG backlash. Last year, he said fellow Republicans’ eyes “would glaze over” when he brought up the topic. Now it’s standing-room only for ESG panels at conservative conferences, he says. A video he’s featured in that aims to explain the risks of ESG to college and high school students now has more than two million views.

And Puzder takes satisfaction in his unexpected success since leaving CKE. Puzder recounted a recent trip in Utah when he was traveling from the airport. His driver recognized him from Fox News. “‘ESG,’’’ the driver told him. “‘We gotta get rid of that after the election.’’’

That, Puzder says, “enhanced his tip.’’

To contact the authors of this story:
in New York at skishan@bloomberg.net