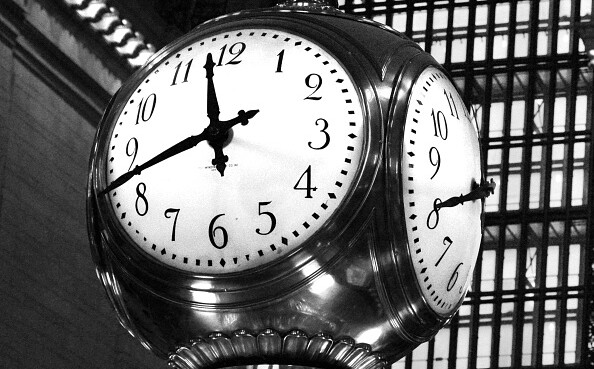 The clock at the main concourse information booth at the Grand Central Terminal in New York.
Robert Alexander/Getty Images

Nearly three quarters of “best in class” corporate law departments have at least one legal operations professional, according to a new report from the Association of Corporate Counsel and Wolters Kluwer NV.

The ACC’s Legal Operations Maturity Benchmarking Survey comes on the heels of another finding by the organization earlier this year noting an expanding in-house acceptance of legal ops employees. The new analysis is based on responses from 316 legal departments in 29 countries and 24 industries before the coronavirus pandemic roiled companies in the U.S. and abroad.

“There’s a very clear value-add of having a dedicated legal ops function,” said Catherine Moynihan, associate vice president of legal management services at the ACC in Washington. “Now we’re in a situation where the resisters get it—people can more readily understand the benefit of having the kinds of tools and technology to collaborate across platforms.”

Moynihan cited the example of having a document management system operated by a legal ops staffer as being essential in an age where an in-house lawyer working on a certain matter can no longer walk down an office hallway to access a database or pull a contract from a folder.

Legal ops professionals are particularly prevalent in law departments operating in highly regulated industries with a large volume of compliance and litigation demands, the ACC study noted. But budget limitations, leadership skepticism, and “general resistance to change” have hindered efforts to make such in-house jobs more widespread, the study said.

“Respondents also struggle with fragmented and siloed organizational structures, the challenges of adopting new technology solutions that would boost efficiencies, and being consumed by short-term needs that impede developing a long-term strategy,” the report said.

Compliance, electronic discovery, and litigation management were the in-house functions that benefited the most from having a legal ops employee on staff, according to the ACC report. Moynihan said she’s bullish on the future of legal ops because general counsel have become more supportive of such roles. Adverse economic conditions mean the pace of change will be accelerated, she said.

“People are now going to more readily grasp the importance of making changes and helping move forward with these operational principles,” Moynihan said.

Of the top 10% of law departments rated “best in class” by the ACC, 73.3% of them had at least one legal ops employee, but none reported advanced rankings across all of the 15 categories measured in the study.

Legal ops workers often have a variety of career experiences, said Moynihan, who is not a lawyer but has a business background. She noted that the successful individuals she’s seen in the space often blend legal, finance, and technology expertise with a willingness to be empathetic and explanatory.

“You can’t put people on the defensive when you’re trying to drive change,” Moynihan said. “You’ve got to meet people where they are and get them to talk with you about their pain points so you can show them how these methodologies will help them perform better and be more efficient.”