is standing by its donation to a lawmaker who objected to the presidential vote certification in January despite calls on social media for a boycott.

The airline became the first company to end its pause on donations to lawmakers who objected to the Electoral College vote count. It made a $1,000 contribution from its corporate political action committee to Rep. (R-N.Y.), a member of the House panel that oversees aviation. 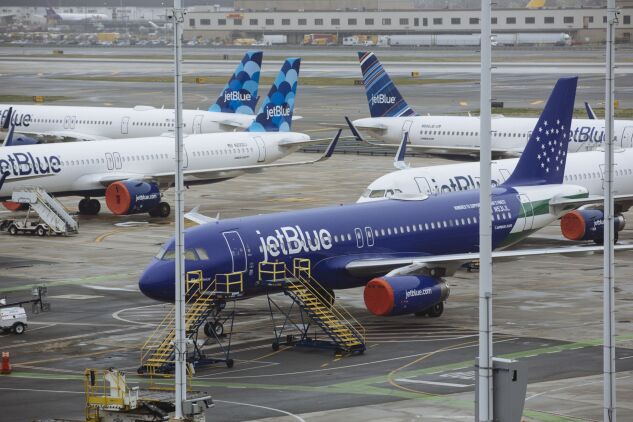 The donation prompted social media blowback, with #JetRed and #boycottJetBlue trending on Twitter. Retired CBS anchor Dan Rather posted the news to his 2.1 million Twitter followers, generating more than 20,000 responses. 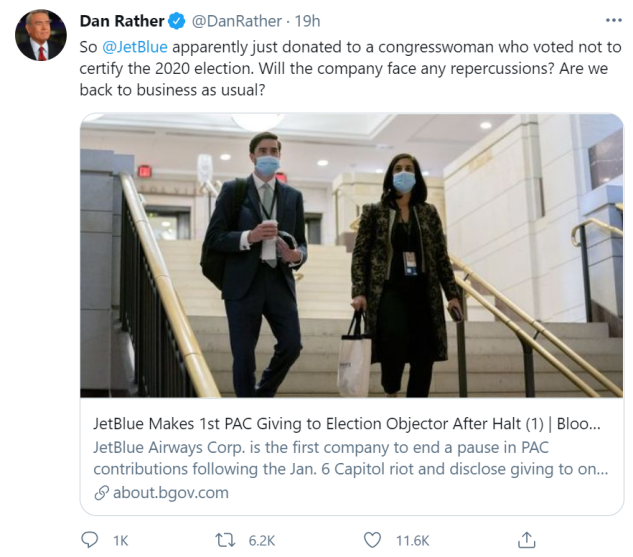 The president of Citizens for Responsibility and Ethics in Washington, Noah Bookbinder, tweeted that JetBlue should “pay a price” from customers and the public for the donation. The anti-Trump Republican group Lincoln Project tweeted that the airline “chose profits over democracy.”

The backlash to JetBlue’s donation comes at a time when companies are facing intense scrutiny over their response to the current political environment. Nearly 150 companies and other organizations said in the wake of the Capitol attack they would suspend PAC contributions, either to lawmakers objecting to the vote count or to all lawmakers. Many businesses have also moved in recent days to show disapproval of a Georgia election law that opponents say restricts voting rights.

JetBlue defended its donation, saying in a statement that its PAC gives to Democrats and Republicans alike, and focuses on lawmakers with relevance to the company, such as members from regions the airline serves and lawmakers on key aviation committees.

Once a donation is made, the giver doesn’t have a mechanism for rescinding the money, other than asking for it back, which JetBlue didn’t indicate the PAC had done or planned to do.

The company didn’t respond to a request for comment on whether it will donate to additional lawmakers who didn’t back the election results.

“Breaking its pause in PAC contributions while offering no explanation makes it obvious that it was never about protecting our democracy,” the group’s president, Tiffany Muller, said in a statement. “History will remember JetBlue’s role in not only underwriting, but rewarding, a deadly assault on the Capitol.”

Micaela Isler, executive director of the National Association of Business Political Action Committees, defended the role of corporate PACs in effective policy making, saying in an email they “bring the two parties together to drive policy solutions that will help American families and American communities.”

JetBlue’s website was down Friday morning after the social media uproar began. Derek Dombrowski, a spokesman for the airline, said the outage had been planned to allow for technology upgrades and was “unrelated to any other situation.”

With assistance from Mary Schlangenstein and

To contact the reporter on this story: in Washington at scourtney@bgov.com