was cool but combative as he testified in a Delaware courtroom that ’s more than $2 billion acquisition of SolarCity in 2016 wasn’t a bailout of the struggling solar provider.

Musk said he “definitely” did not have any sway over the company’s board when it approved the SolarCity deal. The Tesla chief executive officer also denied vowing to retaliate against any director who voted against the acquisition and said he had no control over their compensation or board committee assignments.

Shareholders suing Musk claim he got the company to essentially rescue another firm that he also controlled. The suit contends that Musk and Tesla’s board breached their fiduciary duties when they orchestrated the acquisition of SolarCity, an installer of rooftop solar panels. In June 2016, Musk was the chair and the largest shareholder of both companies when he stunned Wall Street by announcing that Tesla would acquire SolarCity in a deal he later called a “no brainer.” 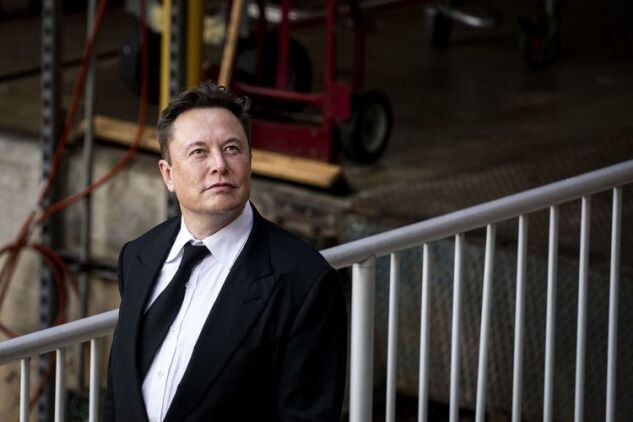 Elon Musk departs from court for the SolarCity trial in Delaware, on July 12.
Photographer: Al Drago/Bloomberg

Musk, dressed conservatively in a black suit with a black tie, initially answered questions from his own lawyer on Monday. He then spent several hours sparring at times with the attorney representing investors. It’s his first day on the stand in Wilmington, Delaware, in what is expected to be a two-week trial. Musk’s testimony may last into a second day.

The plaintiffs are trying to persuade Delaware Chancery Court Judge III that Musk used his outsize influence and reputation to steamroll Tesla directors into approving the buyout and to manipulate a majority of shareholders to vote for it. Musk is the lone defendant in the case, which has been delayed by the pandemic; the rest of the board settled for $60 million last year.

Musk, during questioning by his attorney, said Tesla’s now-Chairwoman set the final price and deal terms for the SolarCity buyout.

The Tesla board kept Musk updated on the basic progress of the deal, but he otherwise recused himself, Musk testified. He scoffed at the idea that he controlled Tesla’s shareholders.

“I don’t think it’s possible to control” big institutional investors like and , he said.

Musk, the world’s second-richest man, said that early in his life he had “several high-paid jobs on Wall Street,” choosing instead to focus on technology.

At one point, the self-described “Technoking” said he doesn’t want to be CEO of Tesla but felt he had no choice. “I tried hard not to be the CEO at Tesla, but I had to or it would die,” he testified. “I being a boss. I’m an engineer.” Musk has been the CEO of the company since 2008.

When questioned by , the attorney for the plaintiffs, things got testy as the two tangled over time lines and SolarCity’s profitability after the acquisition. Musk called the lawyer a “bad human being.”

Shortly after noon, Baron asked Musk if he “rage fired” anyone. Musk is widely known for being a demanding and exacting boss, and executive firings are legendary within the company.

Musk denied “rage firing” anyone, but said he gives “clear and frank feedback which may be construed as derision.” Baron then played several clips of Musk’s deposition highlighting acrimonious exchanges between the two.

“That was openly derisive not for some benefit of Tesla, but because you didn’t like what was happening, correct?” Baron asked.

Musk said he doesn’t respect Baron because he first worked at a law firm, , whose partners were imprisoned for paying kickbacks to expert witnesses and plaintiffs. Baron currently works for another firm, .

For more on Musk’s testimony, click for our TOPLive blog.