CBS Corp.’s board denied a $120 million severance payment to Chief Executive Officer Les Moonves, saying he violated the company’s policies and failed to comply with an internal investigation. 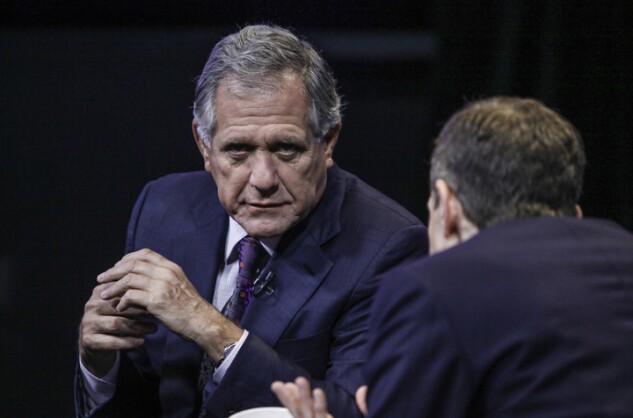 The longtime CEO agreed to step down in September in the wake of a dozen complaints of sexual harassment. His severance was contingent on the outcome of an investigation by two law firms hired by the company.

“We have determined that there are grounds to terminate for cause, including his willful and material misfeasance, violation of company policies and breach of his employment contract,” the New York-based company said in a statement Dec. 17.

Moonves has said that any sexual encounters he’s had were consensual. A spokesman didn’t immediately respond to a request for comment.

The media mogul’s downfall was triggered by allegations in the New Yorker magazine, which reported that he sexually harassed a dozen women and tried to harm their careers. He also was waging a separate fight with majority shareholder National Amusements Inc. over a plan to dilute the investor’s stake. That clash was resolved when Moonves agreed to step down in September.

“Untrue allegations from decades ago are now being made against me that are not consistent with who I am,” Moonves said at the time. “I am deeply saddened to be leaving the company.”

CBS also said on Dec. 17 that while harassment and retaliation weren’t pervasive at the company, prior policies didn’t put a priority on preventing such actions. The company has hired a new human-resources chief and is now working with outside consultants to improve its workplace culture.

As far back as 2007, Moonves’s contract stated that CBS could fire him for cause if he violated company policies on sexual harassment or failed to fully cooperate with an internal investigation. Under the terms of his settlement agreement in September, Moonves could seek to reverse the severance decision through arbitration.

The end of the Moonves imbroglio should let the board focus on matters that are critical to the company’s future, such as finding a replacement CEO or pursuing a merger.

The Redstone family, which controls 80 percent of the voting stock of both CBS and Viacom Inc., pursued a merger of the two companies earlier this year. CBS owns the most-watched broadcast network last season, while Viacom is home to Paramount Pictures and a host of cable-TV networks. Uniting them could give the combined companies more clout in negotiating with pay-TV distributors.

In conjunction with Moonves’s departure, the Redstones agreed to not propose another merger for at least two years. The boards of both companies could still suggest a deal independently, however.

The CBS board has hired an executive recruiting firm to consider CEO candidates. Joe Ianniello, the company’s former chief operating officer, is in the job on an interim basis and is considered a candidate for the job permanently.

Strauss Zelnick, the CEO of video-game maker Take-Two Interactive Software Inc., is serving as interim chairman. He’s said he’s not interested in the CEO job, but he has not said if he would stay as chairman of CBS on a permanent basis.

To contact the reporters on this story: Christopher Palmeri in Los Angeles at cpalmeri1@bloomberg.net; Gerry Smith in New York at gsmith233@bloomberg.net

To contact the editors responsible for this story: Nick Turner at nturner7@bloomberg.net Lisa Wolfson