The legal principle that corporate boards must focus exclusively on maximizing value for shareholders wasn’t always taken for granted. It was enshrined in a 1919 court decision involving and two of his car company’s shareholders, the Dodge brothers. As chairman and majority owner of , he had repeatedly raised his workers’ pay, cut the price of the Model T, and reinvested profits in expansion. If Ford were around today his stance might be applauded by the environmental, social, and governance (ESG) movement on Wall Street. “My ambition is to employ still more men, to spread the benefits of this industrial system to the greatest possible number, to help them build up their lives and their homes,” he said in a speech introduced at trial.

Ford lost, though not entirely. Minority shareholders John Francis Dodge and Horace Elgin Dodge, who were scraping together money to launch a rival automaker, sued him to stop frittering away profits and to raise dividends. In Dodge v. Ford Motor Co., the Michigan Supreme Court ordered Ford to pay an extra dividend. But it simultaneously undercut the principle of shareholder primacy by affirming what’s now known as the business judgment rule, which gives boards of directors wide latitude to decide what’s in the best interest of the corporation. 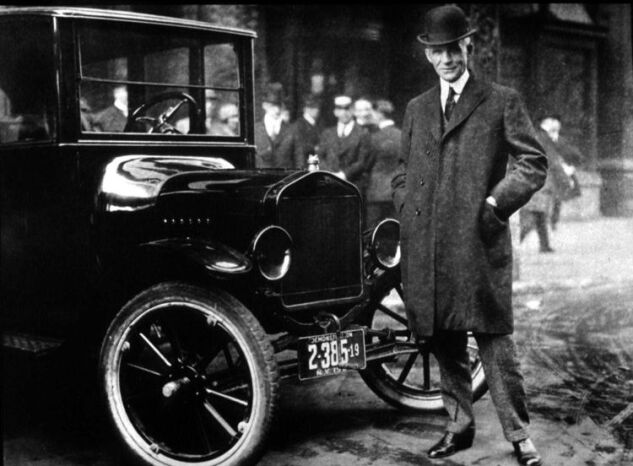 That ambiguity has never been resolved. For a century there’s been a struggle between advocates of shareholder primacy and those who say corporations should take into account other priorities, particularly . As ESG has gained prominence it’s generated a quiet backlash. In the waning days of the administration, three federal agencies are promulgating rules to narrow the scope for considering ESG factors in business and investing decisions, even as lawyers predict the administration will go in the other direction.

Which side is right? Well, that’s where it gets interesting. The latter-day Henry Fords are correct that companies can and should aspire to more than just pushing up their stock prices, while today’s Dodge brothers are right that managers and boards shouldn’t have free rein to do whatever they wish with a company’s money.

Managing conflict over the purpose of the corporation is difficult, but some see it as part of the art of running a company. Barnali Choudhury, a law professor at the UCL Faculty of Laws in London, compares corporate directors to the resourceful main character Truffaldino in The Servant of Two Masters, an Italian comedy written in 1746. “Like Truffaldino, corporate managers should also be able to serve both the financial interests of shareholders and the interests of non-shareholder corporate constituents through use of the ambiguity of the corporate purpose,” she wrote in a 2009 article for the University of Pennsylvania Journal of Business Law when she was at Charleston School of Law.

The Trump administration has taken a very different approach, arguing that there should be little ambiguity when it comes to the fiduciary responsibilities of the board of a corporation or the trustees of a pension fund. On Sept. 4, the Department of Labor cited the legal principle of “eye single” in justifying a proposed rule in the Federal Register: In other words, fiduciaries of a pension fund must promote the welfare of participants and beneficiaries to the exclusion of all other concerns. The eye single formulation, which has a long legal history, may trace back to none other than Jesus, who said in the Sermon on the Mount (Matthew 6:22, King James Version): “The light of the body is the eye: if therefore thine eye be single, thy whole body shall be full of light.”

These, then, are the battle lines. The century-long debate has intensified lately because the ESG movement has gotten . According to the Deloitte consulting firm, 26% of professionally managed assets in the U.S. had ESG mandates in 2018, up from 11% in 2012. The trend has been bolstered by the in the hands of a few giant money managers. , , and together own 25% of the shares in S&P 500 companies. Those asset managers are increasingly likely to support shareholder resolutions by ESG activists. A small shareholder who disapproves of what a company is doing can simply sell, but BlackRock and peers that run index funds have to own shares in everything. So voting for change is their only option.

But the power of big holders and the proxy advisory firms that help them decide how to vote their shares rubs some people the wrong way. “A small number of unelected agents, operating largely behind closed doors, are increasingly important to the lives of millions who barely know of the existence much less the identity or inclinations of those agents,” Harvard Law School professor John Coates wrote in a 2018 paper. , chief executive officer of , complained in 2015 about “” shareholders who just follow the recommendations of proxy advisers on votes. (Advisers had recommended voting against his pay package, which was nevertheless .) Bloomberg has that Dimon pushed the , a Washington trade group he chaired at the time, to lobby the U.S. Securities and Exchange Commission and lawmakers on proxy-voting rules.

The Labor Department, headed by , son of the late conservative Supreme Court Justice , this year finalized a rule stating that retirement plan fiduciaries must base investment decisions . Nonmonetary considerations can be taken into account only as a tiebreaker in the “rare” case where two investments are otherwise equal. Critics of the pension rule consider it a victory that the final version deletes most references to ESG by name. It takes effect on Jan. 12, just before Trump leaves office, but it may not last long. “It seems very likely it will be reopened and undone by the next administration,” says , a former U.S. Senate staffer who’s a lawyer at Groom Law Group in Washington.

The SEC has gone easier on ESG than Labor has, because the fiduciary standard in the law for corporate boards is more relaxed than the one for retirement plan trustees. But in July the SEC effectively making proxy advisory firms run their recommendations past companies at the same time they release them to investor clients. , the biggest proxy advisory firm, sued the SEC and Chairman over the rule, which is also considered vulnerable to elimination under Biden.

Perhaps the most direct assault on ESG, albeit not one involving directors’ duties to shareholders, is being mounted by the , which is proposing to that base lending decisions on anything other than financial considerations. It was instigated by Alaska’s congressional delegation, which complained that banks had stopped lending for new oil and gas projects in the Arctic. Gunmakers and private prison owners have also complained of losing financing. The OCC may promulgate the rule before Trump leaves office—public comments are due on Jan. 4. If it does, it won’t be easy for the Biden administration to reverse because many Democrats, as well as Republicans, are leery of blacklisting entire sectors of the economy.

The Trump administration does have a point that there’s a potential conflict between ESG and a board’s fiduciary duties. Some ESG advocates try to elide the conflict by arguing that doing good for the environment, society, and governance increases corporate profitability in the long run. That’s true in some cases, but ESG isn’t simply a $100 bill on the sidewalk. The profitable parts of it are already being done willingly, or at least could be done soon. The resistance, political and otherwise, is to the unprofitable parts. “You can’t get away from the idea that ESG takes away from profitability,” says , a senior fellow in business and economics at the free-market . “In that type of environment you’re talking about political issues, not economic issues.”

Shouldn’t shareholders be able to push companies to do whatever they want, even if it seems political? In theory, yes, says , a Nobel laureate economist at the University of Chicago Booth School of Business. But in practice it’s impossible to coordinate their efforts, so profit maximization is the next best goal, Fama wrote in October in an essay for the Harvard Law School Forum on Corporate Governance. Using “E” and “S” to refer to environmental and social, Fama wrote, “For some investors with tastes for E&S actions, 50 percent may be too much, and for others it is too little. There is also likely to be disagreement on how the 50 percent is split among different E and different S actions.”

A cynical take on ESG is that it’s a way for CEOs and boards to avoid accountability. If profits come in below expectations, they can point to some wind farm as an explanation. “As profit maximization proponents have warned, vastly broadening the discretion of corporate managers can leave management with so much discretion that neither shareholder, employee, nor consumer wealth is maximized, but instead only their own,” Choudhury wrote in her law journal article.

is more of a proponent of ESG than Fama, his colleague at Chicago’s Booth School, but says its critics should be taken seriously. He co-organized a conference in September to mark the 50th anniversary of ’s landmark essay “The Social Responsibility of Business Is to Increase Its Profits.” Says Zingales: “As usual, the guy was very smart, and what he said was very coherent.”

There are three strong lines of attack on the shareholder primacy argument, Zingales says. One is that shareholders may choose to go beyond what the government requires because the government doesn’t always do what’s right. A second is that “corporations were born as public institutions with special privileges granted by the state,” and with those privileges come responsibilities. A third is the argument from absurdity: “In principle, if you take Friedman to an extreme, I should sue a CEO who doesn’t buy off all the members of Congress.” Almost nobody believes that.

Even if it’s only about money, diversified investors care about maximizing their overall returns, so they have a financial incentive to, say, push one company to reduce greenhouse gas emissions if it would benefit other companies whose shares they own that are harmed by climate change. Big money managers such as BlackRock are in a good position to coordinate that sort of thing.

It’s not economic theory or corporate law or any lofty principle that stops CEOs and directors from pursuing ESG goals, says Judy Samuelson, founder and executive director of the Aspen Institute’s Business and Society Program. The real obstacle, she says, is far more prosaic: the way CEOs’ bonuses are based on short-term financial performance. In a book on ESG to be published in January, The Six New Rules of Business: Creating Real Value in a Changing World, Samuelson names companies that she says have done it right: , which tobacco; , which dropped ; and , which makes a drug to prevent river blindness that will never be a moneymaker.

co-founder , who’s become the world’s while doing whatever he wants, is living proof that shareholders don’t have to come first. When it comes to laughing them off, Musk is Henry Ford reincarnate. In a conference call with investors in July, he said, “We need to, you know, not go bankrupt, obviously, that’s important. … But we’re not trying to be super profitable, either.” He added, “I think just we want to be, like, slightly profitable and maximize growth and make the cars as affordable as possible.” Building cheap, zero-emission vehicles is totally ESG. It may not please the shareholder primacy theorists. But it works.

To contact the author of this story:
in New York at pcoy3@bloomberg.net