Cars lined up this week at the main entrance to the Baishazhou wet market, one of the biggest in Wuhan, which is buzzing again. The Chinese city where the coronavirus first emerged has stirred back to life following a lockdown lasting for months.

A sign hovers overhead: “No slaughtering and selling live animals.”

Baishazhou and other wet markets are at the center of an intensifying global debate about whether they should be allowed to operate, given another market in Wuhan was one of the first places where the virus was detected. U.S. officials, in particular, are ramping up pressure to shut them down. Yet such markets in China and elsewhere in Asia are as essential a part of everyday life as bodegas in the New York City or boulangeries in Paris. 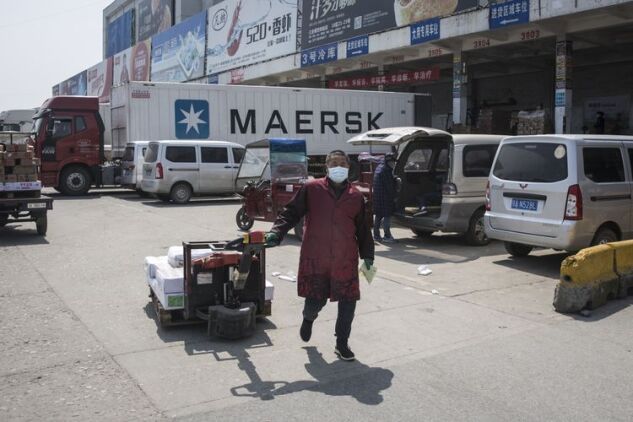 A vendor walks with goods at the Baishazhou wet market in Wuhan, April 6.
Source: Bloomberg

The challenge facing Beijing’s central government as Wuhan and the rest of the country seeks to return to normal life will be how to keep open such markets -- which function like a farmers’ market in Western countries -- while enforcing rules against the live slaughter of animals or sale of wildlife on site.

“Banning wet markets is not only going to be impossible, but will also be destructive for urban food security in China as they play such a pivotal role in ensuring urban residents’ access to affordable and healthy food,” said Dr. Zhenzhong Si, a research associate at the University of Waterloo who studies food security in China.

The coronavirus, which has now infected more than 1.4 million people worldwide, was first discovered in December after a cluster of cases initially linked to the city’s Huanan Seafood Wholesale Market -- one of the biggest aquatic wholesale markets in central China. Subsequent research, including a study by Chinese researchers published in the Lancet in February, has found that some of the earliest cases had no exposure to the Huanan market.

Scientists and Chinese officials believe the deadly illness jumped to humans from wild animals, most likely via an intermediary species like bats. Close contact with wild animals at the market, which has been closed since January, has been widely blamed for the outbreak.

U.S. officials are calling for President government to immediately close the markets, saying they are potential breeding grounds for disease. Dr. , director of the National Institute of Allergy and Infectious Diseases, said last week the coronavirus was a “direct result” of unsanitary markets and said it was “mind-boggling” that the markets remained open.

“I would like to see the rest of the world really lean with a lot of pressure on those countries that have that,” he said on “Fox and Friends.” 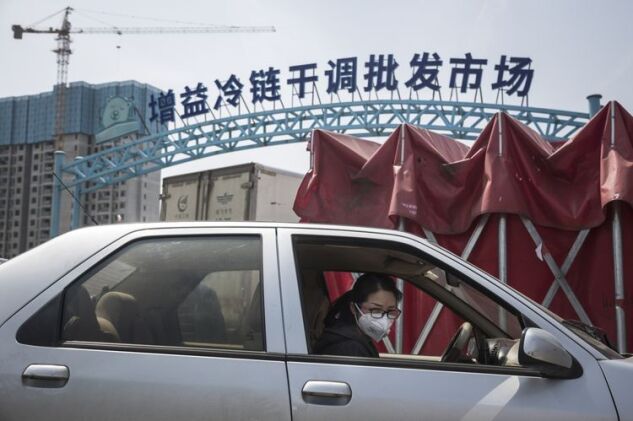 A woman wearing a mask at the Baishazhou wet market in Wuhan, April 6.
Source: Bloomberg

Republican lawmakers including Senator of South Carolina are urging Chinese officials not to reopen such markets. Graham last week sent a letter to the Chinese ambassador to the U.S. imploring him to pressure his government, saying “their operation should cease immediately.”

There also may be some semantic confusion. U.S. officials and others refer to wet markets generally while what they appear to be seeking to ban is the live animal trade in the markets.

“The closest thing to wet markets in Western countries are farmers’ markets where you can buy products from independent vendors,” said Jian Yi, founder of the Good Food Academy, an online platform advocating healthy eating. “People depend on wet markets for vegetables, fruits, meat and fish.”

In any case, shuttering such markets would be next to impossible as they are crucial to the livelihood of millions of farmers and small business vendors and are a centerpiece of communities across China. A 2018 study from Canada’s Wilfrid Laurier University and Hungry Cities Partnership, which looks at urban food systems, found 90% of households in the eastern Chinese city of Nanjing, with a population of more than eight million, bought food from wet markets -- with 75% visiting one at least five times a week.

Wet markets are popular in China because they’re convenient, and products are considered to be less expensive and fresher than in many supermarkets. While pigs, lambs and cows must be butchered in special slaughtering factories, rather than on site, meat sold at the markets isn’t packaged, and live fish and chickens are common.

Although there are well-managed, hygienic wet markets in and near bigger cities, hygiene can be spotty, especially in smaller communities. Even before the virus outbreak, China’s central and local governments tried to regulate wild animal trading at markets, instituting occasional checks to improve sanitation.

China’s wild-animal farming industry was worth an estimated 520 billion yuan ($74 billion) in 2016 and employed more than 14 million people, according to the Chinese Academy of Engineering. Environmentalists, researchers and Chinese state media have called for stricter regulation of exotic animal trade in the markets.

Photos that circulated online in January showed animals including deer -- which aren’t commonly eaten in China -- and peacocks available for purchase at the Huanan market. This triggered an outcry over authorities’ negligence in ignoring loopholes that allow their purchase and sale as long as they’re bred on farms. Wild animals are categorized as those that aren’t commonly eaten. 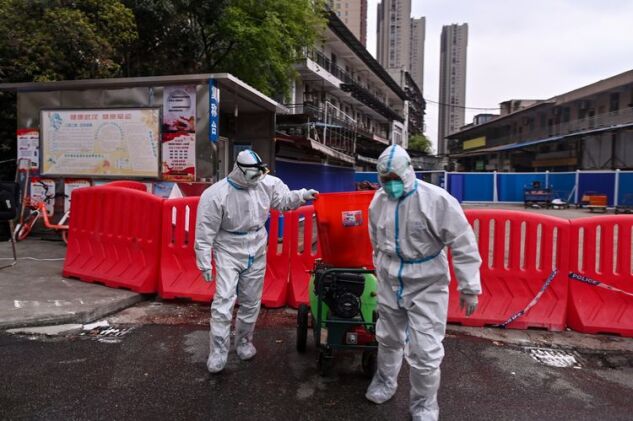 China’s National Health Commission in January issued a temporary emergency order that Wuhan officials should “strictly manage” the markets and prohibit wild animals and live poultry from entering the city. Under pressure in February as the virus spread, the National People’s Congress announced a ban on trading wild terrestrial animals for the purpose of eating.

Still, the NPC’s decision didn’t cover the trade of exotic animals for use in traditional Chinese medicines, fashion or entertainment. Chinese medicine holds that some exotic animals have health benefits and has helped fuel the illegal smuggling and trade of species like the endangered pangolin, whose scales are believed to cure a variety of ailments.

“It’s misleading to focus on wet markets when we discuss the outbreak,” said Si, of the University of Waterloo. “It overshadows the true problem here, which is the supply chain of wild animals. We shouldn’t demonize wet markets because of the coronavirus outbreak.”

The Chinese government has been pushing for the resumption of economic activity now that the official infection numbers have been at a low level for weeks, trying to kick start consumption that all but disappeared during the outbreak.

The now-famous Huanan market remained closed this week, even as Wuhan gradually reopened. The smell of seafood wafted on the street, though the market was boarded up and guarded by police who stopped people from taking photos.

To contact Bloomberg News staff for this story:
in Wuhan, China, at schen462@bloomberg.net;
in Beijing at ckan31@bloomberg.net

To contact the editors responsible for this story:
at bscott66@bloomberg.net