On a calm, sunny day last June, Mike Willey was feeding his cattle when he got a call from the local sheriff’s dispatcher. A motorist had reported that one of the huge turbines at a nearby wind farm had collapsed in dramatic fashion. Willey, chief of the volunteer fire department in Ames, 90 miles northwest of Oklahoma City, set out to survey the scene.

The steel tower, which once stood hundreds of feet tall, was buckled in half, and the turbine blades, whose rotation took the machine higher than the Statue of Liberty, were splayed across the wheat field below. The turbine, made by , had been in operation less than a year. “It fell pretty much right on top of itself,” Willey says.

Another GE turbine of the same model collapsed in Colorado a few days later. That wind farm’s owner-operator, , later attributed it to a blade flaw and said it and GE had taken steps to prevent future mishaps. A spokesperson for GE declined to say what went wrong in both cases in a statement to Bloomberg.

The instances are part of a rash of recent wind turbine malfunctions across the US and Europe, ranging from failures of key components to full collapses. Some industry veterans say they’re happening more often, even if the events are occurring at only a small fraction of installed machines. The problems have added hundreds of millions of dollars in costs for the three largest Western turbine makers, GE, and ’s Siemens Gamesa unit; and they could result in more expensive insurance policies—a potential setback for the push to abandon fossil fuels and fight climate change.

The race to add production lines for ever-bigger turbines is cited as a major culprit by people in the industry. “We’re seeing these failures happening in a shorter time frame on the newer turbines, and that’s quite concerning,” says , chief executive officer of London-based , which insures about $3.5 billion in wind assets in 38 countries. If the failure rate keeps climbing, he says, insurance premiums could increase or new coverage limits could be imposed. 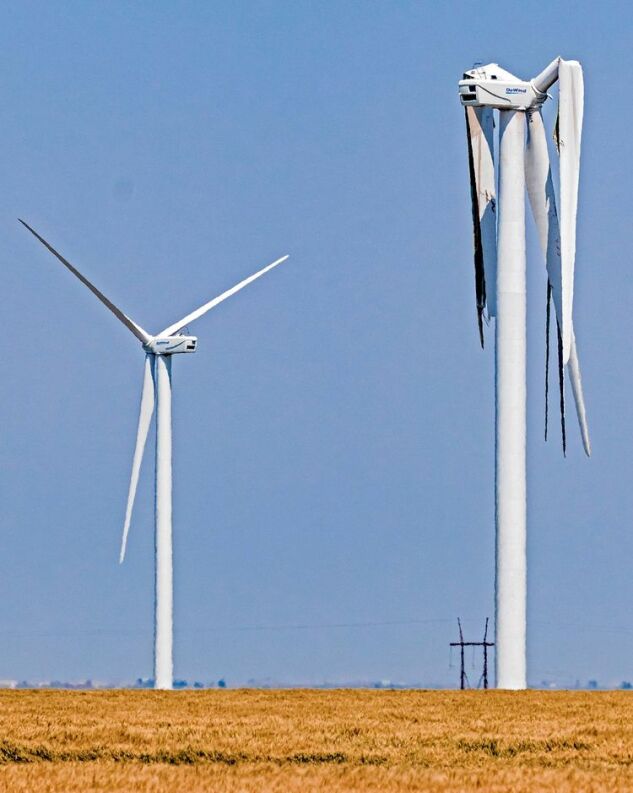 Vestas, GE and Siemens Gamesa have confirmed in statements to Bloomberg and in recent calls with analysts that the push to rapidly develop more powerful turbines has led to challenges. The companies say they are focusing on improving manufacturing operations and have acknowledged that it’s time to tap the brakes on the introduction of designs. “Rapid innovation strains manufacturing and the broader supply chain,” GE CEO said on an earnings call in October. “It takes time to stabilize production and quality on these new products.”

There’s no publicly available industrywide data on turbine failures, making it tough to paint a complete picture of changes in their performance over time. But Vestas and GE have said the shares of their machines in the field that are unable to produce power are elevated, even if it’s still a small proportion of their installed fleets. Siemens Energy revised its earnings outlook for 2023 downward this month, higher-than-expected costs caused by .

Because wind farms often generate power from scores of turbines across a site, they can continue to produce electricity even if one or more machines go down, limiting the fallout. Still, examples of the machines going awry have garnered public attention. A massive 784-foot-tall turbine in Germany collapsed in September 2021. A big new turbine in Lithuania fell in March 2022. And a blade partially detached on one in Sweden last July.

, the world’s largest developer of offshore wind farms, asked authorities in April to stop maritime traffic near some of its sites after off the coast of Denmark. Shares of Siemens Gamesa, the manufacturer, tumbled on the news.

Larger turbines have helped propel a global expansion that’s seen the installed wind generation capacity surpass 840 gigawatts in 2021, up from less than 100 gigawatts in 2007, according to BloombergNEF data. With builders designing blades as long as a football field to capture more wind energy, developers can install fewer turbines to generate the same amount of power. That’s helped keep project costs down, which is a big reason the price of wind electricity has fallen dramatically in the past decade. 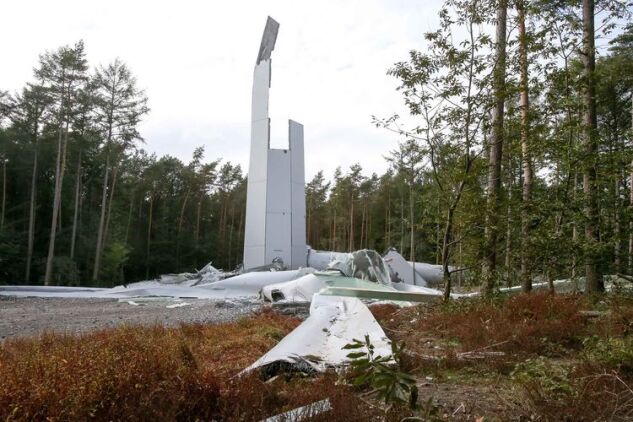 But have recently squeezed the balance sheets at leading manufacturers, threatening to slow investment and potentially before it really gets going. The quality stumbles add to the turbine makers’ challenges.

Siemens Gamesa encountered issues that led to design changes and delays while ramping up production of its largest onshore wind machine, known as the 5.X. In a statement, Siemens Gamesa said it’s addressing the quality and reliability of its products in order to “improve the value proposition to customers.”

Vestas Wind Systems A/S saw annual warranty provisions jump from roughly €600 million in 2019 to almost €1.2 billion in 2020 and 2021. The Danish company says the supply chain wasn’t ready to handle the pace of product introductions by manufacturers, which has contributed to project delays, cost increases and quality challenges. “We need a profitable and scalable wind industry to create a net-zero future, and this requires we continue to mature the entire value chain of renewables,” the company said in a statement.

GE, which reports fourth-quarter earnings on Jan. 24, took a $500 million charge in the third quarter to cover warranty costs and repairs on its turbines. The company has installed turbines capable of producing 40 gigawatts of wind power since 2017, introducing several more powerful machines along the way.

These days manufacturers are focused on producing machines with better reliability, at scale. In an this month, , the Vestas CEO, said that turbines are big enough for now, and that increasing production will be the key challenge of the next decade. Siemens Gamesa’s CEO has told investors the company is working to increase standardization among its products, to prune a portfolio that had become too broad. GE’s Culp said in the October earnings call that his company is likewise shifting to “workhorse products, so we and our suppliers can implement more repeatable manufacturing processes.”

The pressure to invest in green projects is so intense that breakdown fears haven’t yet slowed the flood of money into wind farms, says , head of wind research at BloombergNEF. The failure issue has become a concern for bankers and other creditors, however, who may begin to demand higher interest rates, he says. “There’s a hesitancy among insurers and lenders about these big models that haven’t been tested yet,” Metcalfe says. “The technology alarm bells are ringing.”

To contact the authors of this story:
in New York at rbeene@bloomberg.net

in New York at jsaul15@bloomberg.net

To contact the editor responsible for this story:
at rpenty@bloomberg.net