Willie Phillips, confirmed Tuesday night to the Federal Energy Regulatory Commission, is poised to be the tie-breaking vote on two proceedings that will shape the future of the U.S. power grid, electric markets and the clean energy rollout.

He could vote on a market pricing rule benefiting nuclear and renewable generators that took effect in PJM Interconnection, the country’s largest regional grid operator managing the flow of power to 65 million people in the eastern states.

And he’s expected to weigh in on a proposed new wholesale market created by a group of large electric utilities in the Southeast, including Southern Co. and Duke Energy and Tennessee Valley Authority. Opponents say the new market could crowd out independent renewable generators.

“It’s a huge set of issues on the plate for FERC,” said Ari Peskoe, director of the Electricity Law Initiative at Harvard Law School.

Phillips gives Democrats their first majority at FERC since 2017—and handing Phillips, the former chairman of the D.C. Public Service Commission, a deciding vote in matters that have recently caused clashes at the commission. 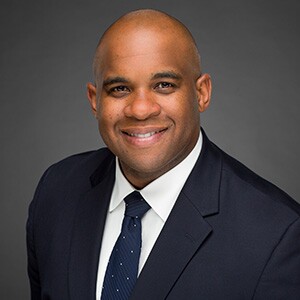 FERC Chairman Richard Glick and Allison Clements, the other Democratic commissioner, have often come up with different answers than the two Republican commissioners, Mark Christie and James Danly.

“There’s a big issue that cuts across proceedings and rule-makings and individual utility filings, which is: What is FERC’s role in the clean energy transition?” Peskoe said. “I think there is a split.”

As of Wednesday afternoon, Phillips had not yet been sworn in yet as a commissioner, which is required before he participates in any proceedings, FERC spokesperson Mary O’Driscoll said. Phillips was unavailable for an interview on Wednesday.

During his confirmation hearing in October, he pledged to “balance,” comparing his priorities as an energy regulator to a three-legged stool.

Phillips acknowledged recent court decisions have been clear that FERC has a “responsibility to consider climate change and environmental justice.” At another point in the hearing, he said he favors “all-of-the-above strategy” to bolster reliability on the grid, he said.

He will fill the role vacated by Republican Neil Chatterjee, a former chairman who stepped down as his term expired over the summer. Chatterjee and Phillips got to know each other navigating the same energy regulatory circles, Chatterjee said in an interview Wednesday.

Phillips will be a “consensus-builder” at a time the media is politicizing the commission, Chatterjee said.

“He’s not going to have a political agenda and drive things one way or another because it favors a political party,” Chatterjee said. “The idea that he’s going to come in and be a rubber stamp to push through a particular agenda is a misread.”

A coalition of 25 groups, including fossil fuel and renewable energy groups, had united to press for Phillips’ confirmation “as soon as possible.”

But as Phillips takes his seat, organizations will press him to see things their way.

“He understands the transition that’s going on now in the power sector,” Gregory Wetsone, president and CEO of American Council on Renewable Energy. “Certainly, he’s been part and parcel of a very aggressive clean energy transition in the District of Columbia.”

Phillips should pursue “changes we know we need to not only enable the transition to clean power, but also to achieve a 21st-century grid that’s reliable and cost-effective and, obviously, able to address in a major way the climate imperatives,” Wetstone said.

The two rehearing requests will be an early test of Phillips’ views.

“Now that the composition is different, the answer might be different,” said Maia Hutt, staff attorney for the Southern Environmental Law Center, which requested a rehearing this week in the Southeastern market case.

The market gives large utilities too much power and crowds out independent renewable generators, the group argued. “We think that when Commission Phillips gets a chance to see all the filings and understand what’s at stake here, then we’re hopeful he’s going to come to the same conclusion,” Hutt said.

Phillips may recuse himself from the PJM case because the D.C. Public Service Commission filed comments to FERC in support of the pricing rule.

Even if Phillips were to back PJM, a decisive commission action would be better than a 2-2 split, said Todd Snitchler, president and CEO of the Electric Power Supply Association, which filed a request for rehearing.

“Having a full contingent of commissioners will help eliminate those situations where things becoming effective by operation of law creates legal uncertainty,” Snitchler said. “Certainty is what all of us are interested in having.”