The future of Peach Bottom beyond 2034 is now in the hands of the Nuclear Regulatory Commission, which is considering Exelon’s application to extend the plant’s life until 2054—when its youngest reactor turns 80 years old.

No nuclear power plant in the U.S. has ever operated for 80 years, and licensing reactors to operate that long is raising questions about the plants’ vulnerability to deteriorating equipment, rising seas resulting from climate change, and diminishing expertise among the industry’s workforce as nuclear power plants shutter across the country.

Peach Bottom opened in 1973 and is among three nuclear power plants in the U.S. that applied in 2018 for NRC approval to extend their lives from 60 to 80 years, a process called “subsequent license renewal.”

The others are Florida Power and Light Co.'s Turkey Point Nuclear Generating Station south of Miami and Dominion Energy Inc.'s Surry Power Station northwest of Norfolk, Va. The NRC also expects Dominion to apply to extend the life of its North Anna Power Station east of Charlottesville, Va., in 2020. 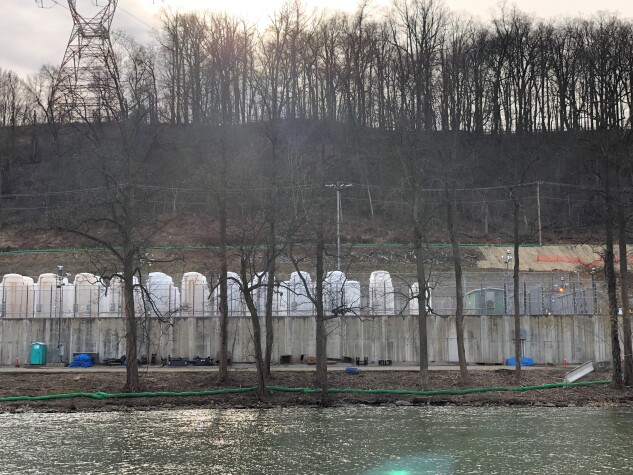 The license renewal process is expected to take about 18 months for each plant, NRC spokesman Scott Burnell said. The first license renewal decision is scheduled for October for Turkey Point.

Each company submitted its subsequent renewal application to the NRC more than a decade before the expiration of the existing license, allowing for additional planning and investment decision-making time, FPL and Exelon said in statements.

Dominion filed for a subsequent license renewal for Surry because “if for some reason we were not able to get the license renewed, we’d have plenty of time to figure out how to replace that generation,” Richard Zuercher, Dominion’s manager of nuclear fleet communications, said.

Some nuclear power plants are shutting down because of their high operational costs compared to those that run on natural gas and renewable energy. Exelon, for example, sold its Oyster Creek Generating Station in New Jersey in 2018 after announcing its closure. In a December SEC filing, Exelon said economic distress could lead to the early retirement of three nuclear plants in Illinois.

But Exelon and other companies are committing to some of their plants for the long term because of their economic benefits in certain regions and usefulness as low-carbon energy sources to help cut U.S. power sector greenhouse gas emissions.

“When determining which plants are best suited for second license renewal, Exelon Generation evaluates each facility on a case by case basis, considering a host of variables, including operating costs; equipment needs; regulatory requirements and market factors,” Exelon spokeswoman Liz Williamson said in a written response to questions.

FPL’s customers will benefit from the extended operation of Turkey Point because the plant is a reliable source of electricity that doesn’t produce greenhouse gas emissions, FPL spokeswoman Bianca Cruz said.

Extending the plants’ lives will involve navigating the ravages of age and the public’s questions about safety and the impacts of climate change.

“It remains an open question whether the NRC will defy the industry trend and require more intensive aging management programs to catch problems before they become serious threats to public health and safety, even if they increase operating costs,” Edwin Lyman, acting director of the nuclear safety program at the Union of Concerned Scientists, said. 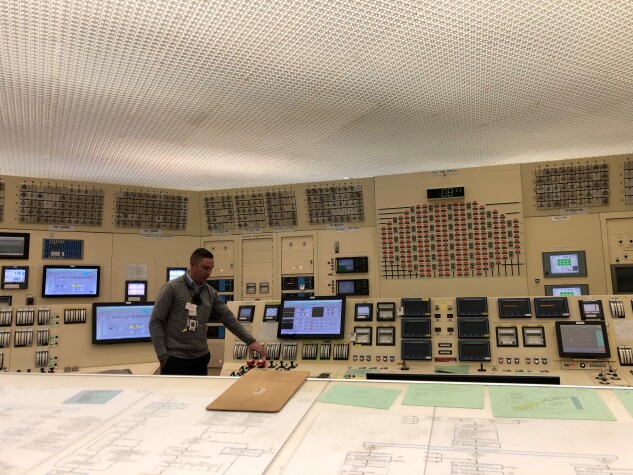 A worker inside the control room of the Peach Bottom Atomic Power Station in Delta, Pa.
Photographer: Bobby Magil/Bloomberg Environment

The license renewal process could provide an opportunity for the NRC to account for changing operating circumstances at each plant, Lyman said.

“For instance, if a reactor was originally sited in a lightly populated rural area, but now finds itself in a densely populated suburb, is the basis for emergency planning still adequate?” Lyman said. “If a reactor was licensed for a seismic or flooding threat that is now determined to be inadequate, should its license be renewed without requiring upgrades?”

Flooding, especially from rising seas due to climate change, was a top concern among members of the public commenting on Turkey Point’s subsequent license renewal, according to documents released by the NRC in January.

Dave Lochbaum, a nuclear engineer who is serving as an expert witness for environmental groups opposed to the renewal of Turkey Point’s and Peach Bottom’s licenses, said that he fears that FPL and the NRC aren’t sufficiently accounting for the sea level rise that the plant will face through 2053.

Turkey Point, which is on Biscayne Bay in a region of South Florida vulnerable to rising seas, is about 20 feet above sea level, but its cooling canals and other safety equipment are lower.

The effects of climate change and “the potential implications of future change in climate change indicators” will be factored into the NRC’s analysis of the environmental impacts of Turkey Point operating beyond 2033, the NRC said in its response to public concerns.

As companies take steps to extend the lives of their nuclear plants, degrading components also become a risk, Lochbaum said.

“Regardless of how well a nuclear reactor is operated, over time the stresses of radiation, temperature, and humidity take a toll on structures, systems and components,” Lochbaum said in a November 2018 report on Peach Bottom for the group Beyond Nuclear.

“Effects of these stresses include pipe wall thinning from erosion and corrosion, metal embrittlement and degradation of concrete due to chemical reactions with groundwater,” he said.

Beyond Nuclear is challenging Exelon’s license renewal application for Peach Bottom because it says the plant’s aging management program doesn’t adequately address where its operating expertise will come from.

In a December filing denying Beyond Nuclear’s request for a hearing on Exelon’s aging management program, the NRC rejected Lochbaum’s concerns about diminishing expertise.

“It is obvious that the body of external operating experience that exists today could not decline. As long as other nuclear power plants, whether here or abroad, continue to operate that body will continue to grow,” the NRC said.

Exelon, in a separate filing, called its management program for Peach Bottom aging “robust” and dismissed Lochbaum’s concerns as “speculative.”