The Supreme Court hears its second environmental case of the term next week, taking up a complex clash over Endangered Species Act records.

Sierra Club attorney Sanjay Narayan, making his first argument at the high court, will face off against federal government lawyers who want to keep a set of agency documents under wraps. Oral arguments will take place by phone amid the ongoing Covid-19 pandemic.

At issue in the case is whether the Freedom of Information Act requires federal wildlife agencies to disclose their initial findings that a 2011 proposal from the Environmental Protection Agency would harm at-risk animals. The EPA later updated its regulation, and the wildlife agencies ultimately gave it a green light.

Government lawyers say the initial findings fall under a FOIA exemption that protects agencies’ “deliberative process.” The Sierra Club and its allies say that interpretation would allow federal officials to bypass FOIA requirements by sticking a “draft” label on all their records. The U.S. Court of Appeals for the Ninth Circuit sided with the Sierra Club, and the Supreme Court agreed to hear the case earlier this year. 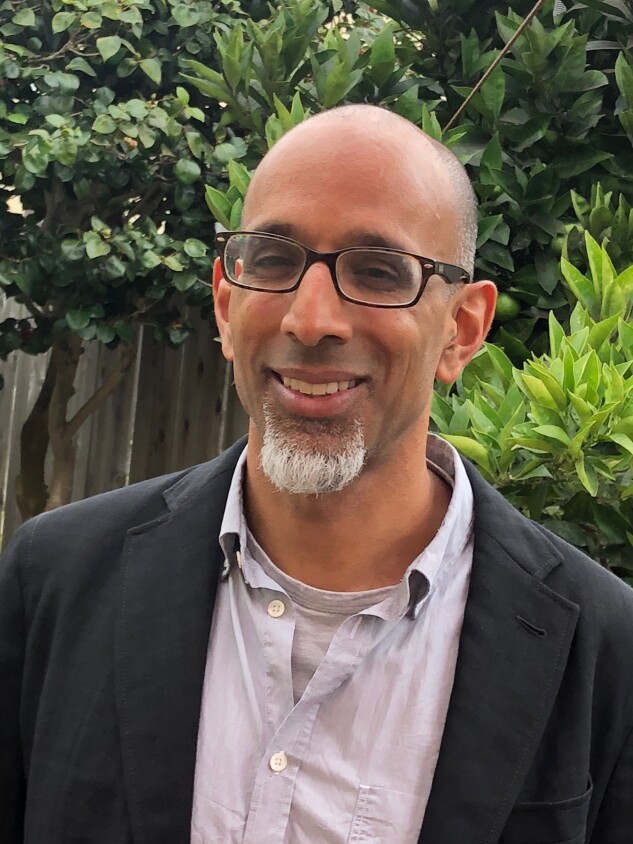 The environmental group has attracted a diverse set of allies in the case, including typical legal foes such as the National Association of Home Builders and the American Forest Resource Council. The Supreme Court’s ruling would affect endangered species records, and FOIA law more broadly.

A Sierra Club lawyer since 2002, Narayan previously worked for Earthjustice and Farella Braun + Martel LLP. He’ll argue the case from his home in Berkeley, Calif.

Narayan spoke with Bloomberg Law about what’s at stake in the case, how he’s preparing for his Supreme Court debut, and why he isn’t too disappointed to miss out on the “pomp and circumstance” of in-person arguments. This conversation has been edited for clarity and length.

Bloomberg Law: What are the main legal issues in your case?

Sanjay Narayan: The Endangered Species Act gives the Fish and Wildlife Service and the National Marine Fisheries Service this legal obligation and authority to look at other agencies’ actions, and decide whether or not they’re going to jeopardize threatened or endangered species.

The question here is, when those services exercise that authority, do they have to let the public know both that they’re exercising that authority and, more importantly in this case, the reasons why they chose to do so?

BL: You’ve worked on big cases in appellate courts, including litigation over gas exports and EPA mercury regulations. But this is your first argument at the Supreme Court. How are you feeling about that?

SN: Of course I’m excited and nervous. But the premise of having somebody like me take a Supreme Court case is the fundamentals of a Supreme Court case aren’t really different from a case in the D.C. Circuit or the Seventh Circuit. At the end of the day, it’s more like a case in front of a court of appeals, than it is different—which is to say it’s the law and the record that really matter.

But having said that, there are at least three differences that have come up as I’ve been both writing the briefs and preparing for argument. One of them is—especially if you’re somebody who practices in the area of administrative law—it’s unusual for anyone to know anything about my cases, aside from my family and my mother and so forth. If you’re at the Supreme Court, there’s more of a spotlight.

Although, it is a little bit funny, right? All you have to do to have a Supreme Court case the way that I got one is to lose a cert petition. It doesn’t really mean you’re any kind of a better lawyer than anybody else, but nevertheless, it is something that gets particular weight in our profession, and it’s hard not to be aware of that.

BL: What other differences have you encountered?

SN: The differences that are more substantive are, first, in every case it’s some balance between following rules and making rules. Anytime you’re in court, you’re somewhere along that continuum. But in the Supreme Court, in my experience with this case and a few other cases that I’ve been on the briefs on, you’re much more toward the ‘making rules’ end of the continuum. There’s likely to be more emphasis on those sorts of questions: not what is the rule, but what should the rule be?

The third piece is—certainly when you’re writing a brief and often when you’re preparing for argument, depending on what circuit you’re in—you don’t know very much about the judges who are going to hear your case. But at the Supreme Court, you know from the get-go. You know who you’re writing for. And not only that, but there’s this massive industry of people who spend all their time focusing on this particular court and these particular justices, and how they think and what their proclivities are.

BL: Many litigants whose cases reach the justices opt to hire Supreme Court specialists. Why did you decide to argue the case yourself?

SN: For our purposes, there are a couple advantages to not going straight to the Supreme Court bar. One is that as a practical matter, a lot of the Supreme Court bar has clients that the Sierra Club is often adverse to, so there’s always a concern that people are going to get conflicted out of our cases. There’s value to maintaining some in-house capability.

The other piece is that this case is a decent example of being fairly deep in the weeds of statutes that we practice in every day, and Supreme Court specialists don’t. As a practical matter, there’s an argument for having the people who live and inhabit those statutes handle this kind of a case.

The other reason is, especially right now, there’s a lot of heat around the Supreme Court. Increasingly, the Supreme Court is viewed as this godlike entity that is apart from the rest of our legal system. And I don’t think that’s healthy for the Sierra Club, or really for the court or for anybody else. There is some value in having the Supreme Court seem and be more like every other court, and not this thing that is so so different from every other court that only five lawyers in the country are really capable of standing up in front of it.

BL: Tell me about your preparation process for this case.

SN: Before I wrote the brief, I went and looked at the transcripts from prior FOIA cases just to get a sense of what the concerns expressed by the court were. And I’ve been listening to the occasional argument that they’ve been broadcasting during this weird phone-in period.

I haven’t done a phone argument before, but they’re clearly a little different. So in addition to wanting to get a feel for how these judges approach these issues, there’s also a matter of just trying to get my head around how others have approached the phone format, what seems to be working, what isn’t working. That’s its own set of issues.

BL: Are you disappointed to not argue in person?

SN: Yes, but mostly in the sense that, in my experience, the times that I’ve felt like oral argument has been effective have been the ones in which I or counsel has been able to start a conversation with the bench. The phone argument doesn’t offer that same conversational quality.

In terms of all of the pomp and circumstance of the Supreme Court and the walk in, there’s a little bit of disappointment there—but given the scale of what the pandemic has caused across the country, that seems to be a very silly thing to be disappointed by. So I’m not crying myself to bed over that.

BL: Environmentalists are often especially nervous about potential adverse outcomes at the Supreme Court. Has the Sierra Club faced pressure from other groups that want to steer the case?

SN: There are a lot of people who have an interest in the places this case could go, and they are correctly worried about some of the worst places it could go. Again, those aren’t just environmental groups; those are also industry groups. The nature of a Supreme Court case is everybody is watching, and there is a broader range of people who both take the time to come up with an opinion about your case, and then go ahead and express that opinion. That’s mostly a good thing.

You worry about things happening that are adverse to the environmental community’s interests, largely because of the complexion of the court and how it’s perceived. We think there are reasons why the most partisan assessment of the court isn’t the one that applies here. But having said that, we could be wrong. I don’t know how this case comes out.