Tonya Bonitatibus, executive director of the Savannah Riverkeeper, points out an ephemeral wetland near the proposed RiverPort development in Hardeeville, S.C. in May 2021.
Photographer: Bobby Magill/Bloomberg Law

Today, its vision is to be home to a giant new industrial and residential area called RiverPort serving a proposed new port terminal adjacent to a national wildlife refuge on the South Carolina side of the river. Wildlife officials say the project will degrade wetlands and could interfere with water quality and wildlife—but a Trump-era rollback could allow it to be permitted before the Biden administration can reverse it.

RiverPort is pitting federal and state wildlife agencies and environmental groups against the state’s governor and local officials. It’s an echo of similar battles across the nation over development versus protection.

The project’s viability depends in part on the future of the Trump-era Navigable Waters Protection Rule, which took effect a year ago. The rule reduced the wetlands that are considered waters of the United States, or WOTUS, lifting federal Clean Water Act jurisdiction over numerous ephemeral waters filled by rainwater and other sources.

The Biden administration announced June 9 it would begin work to restore the pre-Trump waters rule. A rulemaking could take between six months and more than two years, and the Army Corps of Engineers is likely to hew as closely to the law as possible, said Dave Owen, a professor at the University of California, Hastings College of Law.

But RiverPort, which has been planned for a decade, could receive an Army Corps permit by January 2022.

The WOTUS definition has been a political football for years, changing first by the courts and then under Presidents Barack Obama and Donald Trump, and now possibly Joe Biden, affecting development in low-lying areas nationwide. 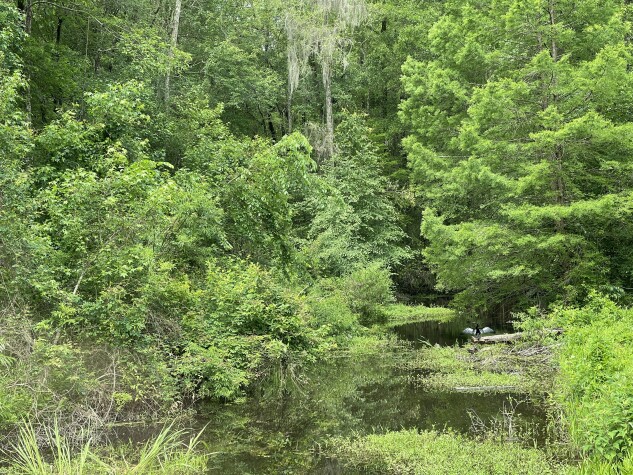 An anhinga dries its wings in the Savannah National Wildlife Refuge near Interstate 95 and the proposed RiverPort development in South Carolina.
Photographer: Bobby Magill/Bloomberg Law

The rule is causing battles all over the country. In Georgia, federal officials and environmental groups are trying to stop a titanium mine threatening Okefenokee Swamp. Near Memphis, Tenn., environmentalists are challenging a proposed oil pipeline that would pass through streams that were once under federal jurisdiction.

The 4,300-acre RiverPort property includes both federal and state waters. The Trump-era rule means that developers can build in fewer wetlands requiring a federal dredge-and-fill permit from the Corps, Darden said.

Instead, the number of wetlands to be developed will remain roughly the same—but fewer of them now have federal oversight, leaving most of the permitting to the state. Wetlands are scattered throughout the RiverPort site, which is adjacent to the Savannah National Wildlife Refuge.

The wetlands help to prevent flooding and provide habitat for endangered and other species. They also help keep the Savannah River’s water clean by removing pollutants.

Both the U.S. Fish and Wildlife Service and the South Carolina Department of Natural Resources, in addition to environmental groups, oppose RiverPort. But RiverPort’s permits will be issued by the Army Corps and state environmental regulators not beholden to the objections of other state and federal agencies.

Hundreds of acres of wetlands—essential to drinking water quality, flood control and wildlife habitat—will be destroyed if RiverPort is built, Susan Davis, coastal environmental coordinator for the South Carolina Department of Natural Resources, wrote in public comments in February.

RiverPort is “near or in close proximity to critical habitat of the flatwood salamander, red-cockated woodpecker—the Savannah National Wildlife Refuge is right there,” said Ben Cunningham, an attorney with the South Carolina Environmental Law Project.

RiverPort’s landowner, Dallas-based Stratford Land, submitted a revised Army Corps permit application after the Trump-era rule was finalized, declaring that fewer federal wetlands would be affected by the project. 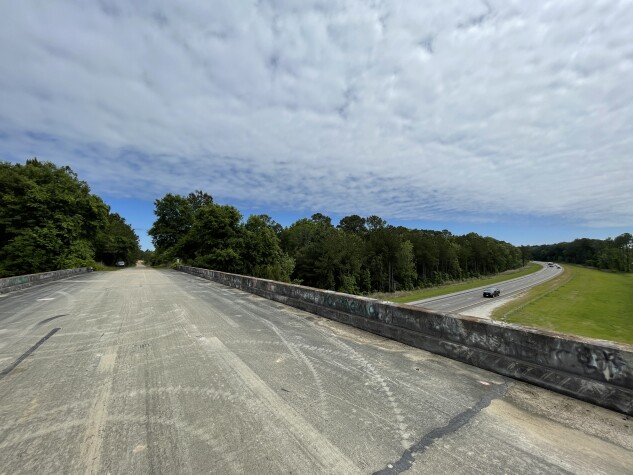 The site of a proposed Interstate 95 exit that would serve the RiverPort development in Jasper County, S.C. near the Savannah River.
Photographer: Bobby Magill/Bloomberg Law

“The applicant has become much more motivated in the past year,” Darden said, referring to Stratford Land.

A state permit for the developers to fill the newly unprotected wetlands could be issued by October, said Laura Renwick, spokeswoman for the South Carolina Department of Health and Environmental Control.

The Trump-era waters rule “allowed RiverPort’s developers to get away with filling only a few federal wetlands instead of hundreds, the South Carolina Environmental Law Project’s Cunningham said.

“It emboldens development,” he said.

But local officials are focused on RiverPort’s economic benefits for Hardeeville, which hopes to grow from about 8,000 people today to more than 100,000 by 2050.

RiverPort and nearby projects will contribute to so much growth, “it’s mind-blowing,” Hardeeville city manager Michael Czymbor said.

“It puts property on the tax roll and produces revenue, versus not,” Czymbor said of the Trump rule.

Most of the project’s backers either declined to comment or didn’t respond to requests for comment. Those include South Carolina Gov. Henry McMaster’s office, Stratford Land, Jasper County, and a group of developers led by Gramling Brothers Real Estate & Development, Inc. and SLF III–Hardeeville, LLC. 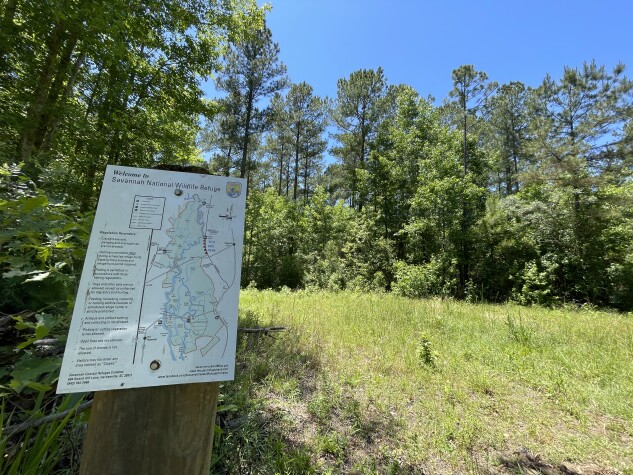 The Army Corps’ public notice for Stratford Land’s RiverPort application says the project will “not likely” harm imperiled species and the developer will offset wetlands impact by preserving some on site. The developer also will purchase mitigation credits allowing it to destroy wetlands at RiverPort while restoring wetlands elsewhere as compensation.

McMaster (R) and Jasper County officials have promoted the project as a boon for the region’s economy. But the South Carolina Department of Natural Resources in 2020 urged the Army Corps to reject RiverPort’s permit application to fill state and federal wetlands.

That’s setting up a clash with McMaster, who has advocated for a proposed new Interstate 95 exit at RiverPort as a way to ensure outdated infrastructure doesn’t hinder job growth in the area.

Davis, of the state Department of Natural Resources, is concerned that it’ll convert a forested landscape to intensive development that will destroy wetlands, fragment wildlife habitat and degrade water quality. She wrote in February public comments that RiverPort’s developers should revise their plans to avoid damaging all wetlands on the property.

Riverport will be “antagonistic” to the wildlife refuge, with industrial and residential pollution threatening the area’s water quality, wetlands and endangered species, U.S. Fish and Wildlife Service officials wrote in 2010 opposing the project.

Developers are “building a port in the middle of the swamp in a place where it shouldn’t be,” said Tanya Bonitatibus, executive director of the Savannah Riverkeeper, a local environmental group.

Swamps in the area store rainwater, and if they’re paved over, stormwater will run off the concrete and contribute to flooding downstream and pollute surface water, she said.

The trajectory of RiverPort’s state and federal permitting is unclear now that the Biden administration has announced its intent to scrap the Trump-era rule, which will remain in effect until a rulemaking is completed.

The Corps declined to comment about how RiverPort’s permit application would be affected by the Biden administration’s intent to repeal the rule.

However, there’s no requirement for the Corps to adhere to its goal of permitting a project within a certain timeline, said Michael Gerrard, a professor of practice at Columbia Law School.

“They follow to the letter the rules that are on the books,” Gerrard said. “But there are not rules about how long it takes to process applications.”