In a broad Eastern Nevada valley, a sagebrush steppe transitions to pinyon-juniper forests in the distance in February 2020.
Photographer: Bobby Magill/Bloomberg Law

Scientists say the Trump administration’s proposed program to cut down trees to gain an upper hand over wildfire and protect the sage-grouse bird may in fact do the opposite: increase the wildfire threat and risk ecosystem “collapse.”

At the same time, the administration says the program is no match against extreme wildfires driven by climate change.

The proposed plan, which the Bureau of Land Management published last week, aims to reshape the ecology of sagebrush ecosystems across 38.5 million acres of federal land in six states to reduce the severity of wildfires and help restore sagebrush.

It comes as climate change is contributing to larger, more volatile wildfires across the region. Those include the Martin Fire which scorched a 57-mile-wide swath across 435,569 acres of sagebrush and grasses in Nevada in July 2018—the largest in the state’s history.

“This BLM plan will destroy habitat on a massive scale, and it will worsen the wildfire problem, which is the problem that the BLM plan is claiming to solve,” said Erica Newman, a researcher at the University of Arizona whose work focuses on wildfire and landscape-scale ecology.

But federal officials say the wildfire plan aims only to reduce the amount of land that wildfires scorch each year, not halt or control extreme fires like the Martin Fire. 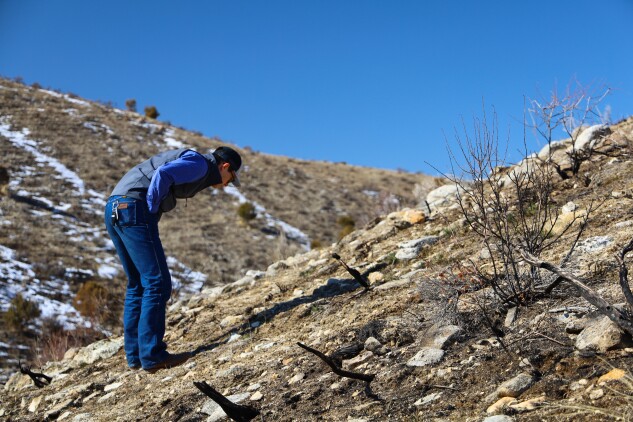 The agency’s plan aims to reduce the severity of less extreme fires, and to restore the habitat of the chicken-sized sage-grouse. The bird’s habitat has been lost to energy development and the expansion of woodlands.

To do that, the BLM wants to re-plant grasses and clear out trees and other vegetation using giant chains dragged across the forest, as well as through prescribed burns, and chemicals such as dicamba and glyphosate.

But scientists worry the ecological costs will be high, and the evidence is scant that the wildfire fuel reduction projects over such a broad area will effectively reduce the threat of fires and restore sage-grouse habitat.

The bureau is advancing this proposal alongside another plan to clear an 11,000-mile network of fire breaks across the same area in Nevada, Utah, California, Idaho, Oregon, and Washington. A 2018 U.S. Geological Survey study called the breaks proposal a “grand experiment” because there’s little data to support it will cut wildfire risk.

The BLM’s wildfire plan will play out over a span of decades, and not all of the 38.5 million acres will be treated, Wilhelm said.

“It’s not a grand experiment,” he said. “We know we can make these things work.” 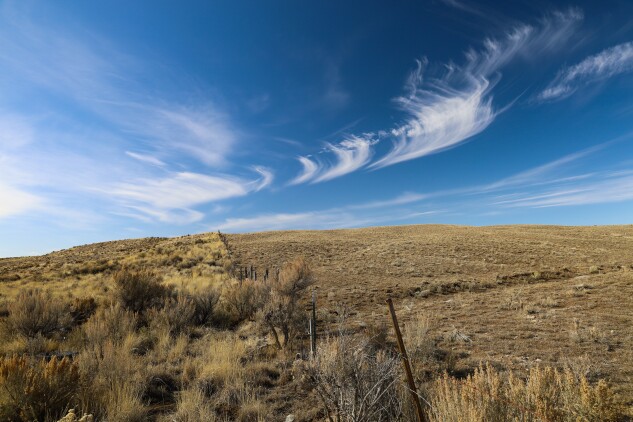 Some scientists say the ecological impact of the program is unclear, but it could make the wildfire threat worse.

Newman, from the University of Arizona, said a new network of fire breaks and tree-removal projects will increase invasive grasses such as cheatgrass that are flammable and help spread wildfire.

“With our understanding of ecological processes and the importance of maintaining undisturbed habitat, we can predict the collapse of large parts of the sagebrush ecosystem if this plan goes into place,” Newman said. “This is certainly not the protection or conservation of sagebrush communities, as BLM has claimed.”

The West’s sagebrush ecosystem is facing two big challenges today, said Lisa Ellsworth, a fire and habitat ecologist at Oregon State University. Her work suggests that some projects to reduce wildfire fuels may improve both ecosystem health and wildlife habitat.

At higher elevations, pinyon and juniper trees have been encroaching on sagebrush and sage-grouse habitat because the BLM hasn’t allowed some naturally-occurring wildfires to burn and control the forests’ spread. At lower elevations, wildfires and invasive grasses have damaged sagebrush, she said.

Removing trees makes sense in some places so sagebrush can recover; in other areas, replanting grasses or using herbicides to kill invasive species is a better option to restore the ecosystem and reduce the fire threat, she said.

“Maintaining flexibility in the approach is going to be critical,” Ellsworth said. “There is not a universal treatment that will work everywhere.”

Controlling wildfire in the region depends on how many firefighters the federal government has on the ground—and they’d have to be in the right place at the right time for the fuels reduction plan to work, said Max Moritz, a wildfire specialist at the University of California, Santa Barbara studying how wildfire affects broad landscapes.

As the climate changes, the effectiveness of fuels reductions projects and fuel breaks begins to fade, he said.

“Climate change seems to be priming the landscape for fires to ignite more easily, spread more easily, to burn hotter and larger—so all of these aspects of climate change would make one suspect that fuel breaks have a harder and harder time doing their job,” Moritz said.

The wildfire program is an “expensive large-scale experiment,” he said. 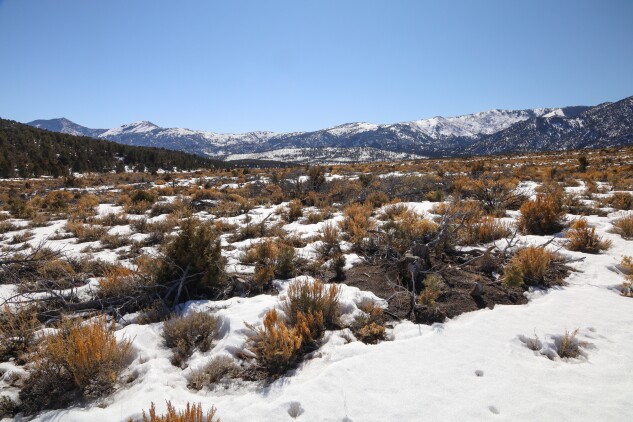 No Benefit to Grouse?

The BLM hopes that sage-grouse habitat will expand as the agency builds the 11,000-mile network of wildfire fuel breaks, and more land is “treated” to expand sagebrush and cut the threat of wildfire, Wilhelm said.

But tree removal at a landscape scale fragments sage-grouse habitat; few scientific studies have been conducted that suggest such a project could increase sage-grouse populations, said Jack Connelly, a retired biologist for the Idaho Department of Fish and Game who helped develop Idaho’s sage-grouse conservation plan for the U.S. Fish and Wildlife Service.

Western states are working to protect the greater sage-grouse and keep the bird from being listed under the Endangered Species Act and getting in the way of energy development.

“We’re seeing projects or proposals that haven’t been vetted by the scientific community,” Connelly said.

Some research conducted in Oregon shows that removing trees may help the sage-grouse, said Clait Braun, a sage-grouse habitat consultant and retired sage-grouse researcher at Colorado Parks and Wildlife, a state agency.

But “the basic problem is that no one’s been able to demonstrate that sage-grouse populations have increased,” he said. “I’m not convinced yet it’s going to add one more square mile of habitat over time to sage-grouse” populations.